Following decades of underbuilding and underinvestment, the US faces an acute shortage of available housing, an ever-worsening affordability crisis and an existing housing stock that is aging and increasingly in need of repair—all to the detriment of the health of the public and the economy. The scale of underbuilding and the existing demand-supply gap will require a major national commitment to build more housing of all types by expanding resources, addressing barriers to new development and making new housing construction an integral part of a national infrastructure strategy.

On July 15, 2021, NAR hosted a virtual event featuring a presentation of the new report by the Rosen Consulting Group, Housing is Critical Infrastructure: Social and Economic Benefits of Building More Housing, which discusses the consequences of underinvesting in housing in the U.S. The report presentation was followed by a panel of policy experts discussing strategies for ways to tackle the underbuilding gap.

Video
This presentation discusses the consequences of underinvesting in housing in the U.S. and strategies for ways to tackle the underbuilding gap.
Search Policy Forum
Advertisement 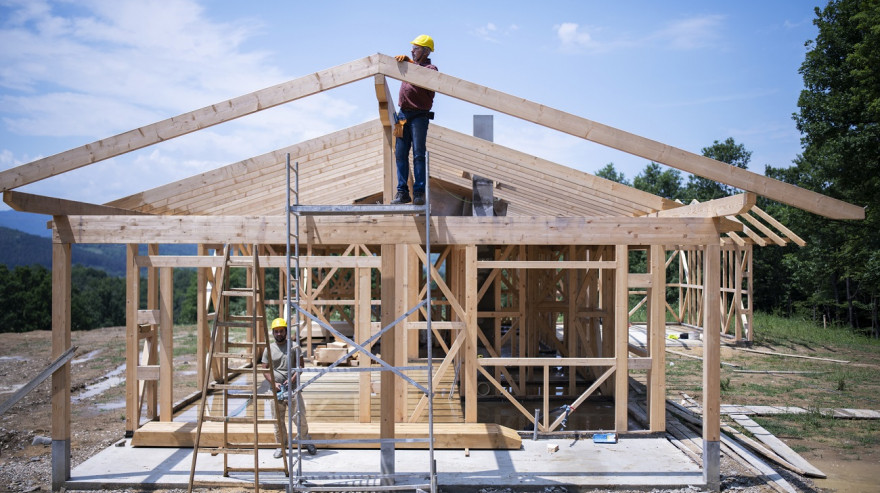 David A. Bank, Senior Vice President, joined Rosen Consulting Group (RCG) in 2013. Mr. Bank is responsible for directing RCG’ housing policy research, managing strategic consulting projects and supervising the research team. He is the team lead for single family and multifamily housing market consulting engagements and co-authored a series of white papers on Homeownership in America, written in collaboration with Kenneth T. Rosen and published by the UC Berkeley Fisher Center for Real Estate & Urban Economics. In addition, Mr. Bank has been the principal author and project manager on RCG reports and white papers across a broad spectrum of residential and commercial real estate topics. With more than a decade of experience in economic and housing market research and consulting services, Mr. Bank is often called upon to advise real estate clients and to provide research presentations to clients and industry groups.

Prior to joining RCG, Mr. Bank served as an Economist at the U.S. Department of Housing and Urban Development (HUD) in the Office of Policy Development and Research (PD&R), where he was responsible for analyzing regional economic and housing market conditions. Mr. Bank conducted market risk assessments for the Federal Housing Administration (FHA) multifamily insurance program and published numerous reports as part of the HUD Economic and Market Analysis Division. Before that, he worked as a research analyst for Cathy Minehan, Chairperson of the Massachusetts Council of Economic Advisors under Governor Deval Patrick. In addition, Mr. Bank worked for several years as a consultant in the market research and healthcare industries. Mr. Bank received an M.A. in International Finance and Development Economics from The Fletcher School at Tufts University and graduated summa cum laude with a B.A. in Economics from New York University. He is a member of Urban Land Institute.

Asa served as the 2019 President of NC REALTORS® and was recognized as the 2020 NC REALTOR® of the Year. Asa was honored to be a member of the 2014 National Association Of REALTORS® (NAR) Leadership Academy. He is currently serving as the NAR 2021 REALTOR® Party Community Engagement Liaison. Asa is currently the Vice Chair of the Wake County Planning Board.

Bryan Greene is Vice President of Policy Advocacy at the National Association of REALTORS® (NAR) where he oversees all legislative and regulatory advocacy on behalf of the association's 1.4 million members. Bryan joined NAR in November 2019, and spent his first year at NAR raising the association's profile in Washington and nationwide on all fair-housing-related policy matters as NAR's first Director of Fair Housing Policy.

Bryan has held other senior positions at HUD during his three decades at the agency, including a stint as the Associate Deputy Assistant Secretary for Economic Affairs in HUD's Office of Policy Development and Research (PD&R), where he worked to reduce regulatory barriers to affordable housing.

Bryan was the 2007 recipient of the Presidential Rank Award, the highest federal honor bestowed upon federal senior executives for outstanding service.

Bryan earned his degree in Government from Harvard University.

Senior Advisor
US Department of Housing and
Urban Development

Joe Murray is the Director of Political and Governmental Affairs for the Wisconsin REALTORS® Association (WRA). His responsibilities include organizing all political and fundraising programs for the association including legislative lobbying.

Joe Murray directs all grassroots efforts and political fundraising for the WRA and its 19 local board affiliates. He manages seven local government affairs directors (GADs) involved in federal and state issues, advocacy campaigns and state and federal candidate campaigns.

The WRA represents 16,500 realtors and is one of the most respected and influential voices in the political and legislative process in Wisconsin.

Prior to joining the WRA team in 1987, Joe worked as a Legislative Analyst in the Wisconsin State Senate and ran several successful campaigns including the 1986 race for Attorney General won by Don Hanaway.

Liz Peetz is the Vice President of Government Affairs at the Colorado Association of REALTORS® (CAR). Ms. Peetz directs the public policy efforts of the CAR and manages many functions of the government affairs division, but she specializes in policy development, advocacy, and legislative affairs. She also oversees CAR’s Legislative Policy Committee and candidate endorsement process through the CAR Political Action Committee. Ms. Peetz is a licensed attorney in CO, NE, and Washington D.C.

Prior to her current position, Ms. Peetz has more than 15 years of experience in government affairs and legal analysis in Washington D.C. and Colorado with previous roles as a U.S. Congressional staffer, and work in various business and non-profit organizations focusing on healthcare-related issues, counterterrorism legal operations, litigation, and democracy promotion and civil society training.

Ms. Peetz, grew up in Greeley, Colorado. She holds a B.A. in International Affairs from CU-Boulder, and a J.D. from Creighton University. She currently lives in Denver and is very active in the community as a leader for the Young Lawyers Section of the American Bar Association and she also serves on the Executive boards of the Junior League of Denver and LIFT Colorado that recruits business-friendly candidates to run for office. She also is on the board of the Common Sense Policy Institute.

Directly prior to his service in Geneva, Dennis ran a successful consulting practice largely focused on housing policy. In this capacity, he was immersed in two important BPC projects, the Housing Commission and its landmark report (Housing America’s Future: New Directions for National Policy) and the Senior Health and Housing Task Force and its report (Healthy Aging Begins at Home).

During his career, Dennis has served as one of the top staffers in the United States Congress (deputy chief of staff and counsel to Senate Majority Leader Bob Dole), as a high-level presidential campaign aide (policy director for the 1996 Dole for President campaign), and as a leading member of a Cabinet department (Assistant Secretary for Policy Development and Research at HUD). Dennis also served as senior advisor to the chair of the National Republican Senatorial Committee during the 2006 election cycle and, in 1992, was the Republican and Conservative Party candidate for Congress from New York’s 7th Congressional District.

Dennis has a strong record of working with colleagues from both sides of the aisle to achieve positive results. In 2003, he served as Executive Director of the President’s Commission on the United States Postal Service. Many of the Commission’s recommendations were later reflected in the 2006 postal reform law.

For more than 10 years, Dennis was a member of the bipartisan and influential U.S.–China Economic and Security Review Commission and served as either Chairman or Vice Chairman of the Commission from 2012 to 2017. As a Commissioner, Dennis testified before Congress on issues ranging from China’s energy engagement with Central Asia, China’s maritime disputes in the East and South China Seas, the impact of international technology transfer on American research and development, and China’s space program.

Dennis began his career in Washington, D.C. as an associate at Skadden, Arps, Slate, Meagher & Flom. Dennis received a J.D., an M.A. in History, and a B.A. in Government, all from Harvard University. He is admitted to the bar in New York and the District of Columbia and currently resides in Arlington, Virginia with his wife Elizabeth and daughter Juliette.