Working With Buyers, Working With Sellers, Working With First-Time Homebuyers
By: Melissa Dittmann Tracey
As concerns about a looming recession mount, help buyers and sellers understand that this market, though volatile, is not on the trajectory of another housing crash.

This spring, about 45% of home sellers said they believed the housing market was headed for a crash in 2022, according to a study from Clever Real Estate. To boot, Google Trends data shows a significant spike in searches for the term “housing bubble.” Doomsday fears are mounting as record-high home prices make more consumers and real estate professionals nervous that the market may be overheated.

But “we almost surely are not” in a housing bubble, says James McGrath, co-founder of the New York–based real estate brokerage Yoreevo. Still, he’s been fielding concerns from clients lately about how a slowing economy could impact real estate. Most leading housing economists agree that the market isn’t in bubble territory. While home prices have never been higher, the market today is considerably different than in 2008 during the last housing crash. So, arm yourself with some talking points to help answer your clients’ questions about the state of the market and calm their concerns.

For one, instead of a housing surplus, like there was in 2008, the nation is facing a severe inventory shortage. Homebuilders put more than 2 million housing units a year into the pipeline in the years leading up to the 2008 bubble and were overbuilding at the time, notes Lawrence Yun, chief economist for the National Association of REALTORS®. “Today, it is exactly the opposite,” he says. “The country is still facing historically low inventory levels and low rental vacancy rates that are the consequences of multiple years of underproduction.”

But how about those surging home prices? After all, the median price of an existing home was $407,600 in May—the first time ever that this figure exceeded $400,000, according to NAR data. Have some markets overheated? Possibly. But economists put it into perspective: A 5% price correction in, say, places like Phoenix could be possible—but that comes after about a 50% price gain in just the last two years. “Even if there were to be a localized price correction, it will not cause harm to the [overall] housing market or to the financial banking system,” Yun says. “Some buyers will simply view it as a second-chance opportunity to get into the market after being outbid by others over the past two years, and the balance sheets of the banking industry are quite strong. So maybe prices would adjust downward—or maybe not. Let it be because it doesn’t really matter this time.”

Let’s Talk About It

You may hear comments from clients like: “I’m worried about buying. This is a housing bubble.” Here are some tips and talking points to consider:

Some markets may experience a moderate decrease in home prices as the market readjusts. In June, more than 40% of home sellers dropped their asking price in places like Salt Lake City; Boise, Idaho; Sacramento, Calif.; and other Western hot spots, according to Redfin data.

Homebuying costs have increased $800 every month this year due to higher mortgage rates and home prices, according to Nadia Evangelou, NAR’s senior economist and director of forecasting. The 30-year fixed-rate mortgage, which averaged 2.9% just a year ago, was at 5.51% for the week ending July 14, according to Freddie Mac. “Rising interest rates and buyer fatigue from bidding wars have caused the market to stabilize and return closer to normal, but the market still favors home sellers,” says Scott Orich, a sales associate with Flyhomes in San Mateo, Calif.

Orich has been talking to his home sellers about the importance of pricing their home right for the changing market. “Be more realistic with your expectations, and be patient,” Orich says. “The mad rush of multiple buyers is over.”

Even though the rise in mortgage rates is certainly bracing for house hunters, a large group of buyers is “more focused on buying a home—and hopefully at a slightly more reasonable price than they’d pay three or six months ago,” McGrath says. Also, “they want to be confident they’re not buying into a repeat of 2008.” And you can help them understand that they are not.

Bring on the Positive Vibes

Break through fear of the changing market to show buyers and sellers how a pro gets it done. 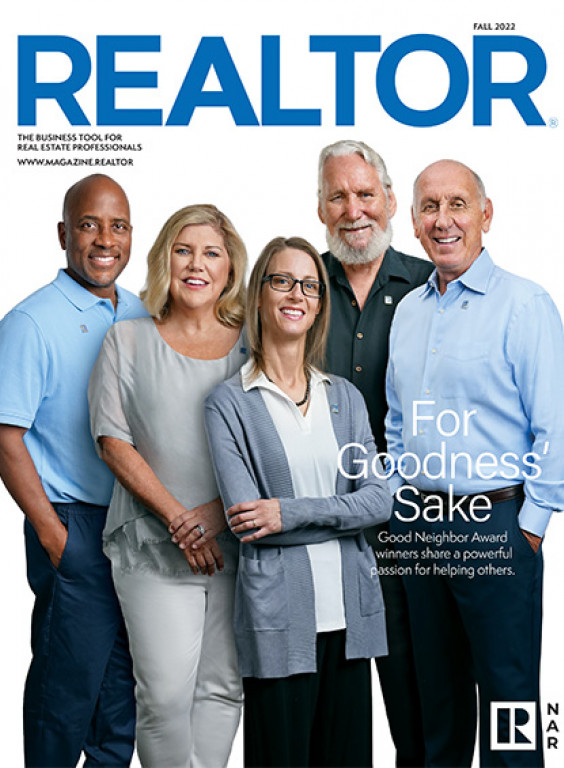 77% of Consumers Believe We’re in a Housing Bubble