Bring on the Positive Vibes

Being a Real Estate Professional, Marketing, Challenging Markets
By: Stacey Moncrieff
Break through fear of the changing market to show buyers and sellers how a pro gets it done.

Persistent inflation. The end of ultralow market rates. High-profile layoffs by large real estate companies. Is it any wonder some agents are on edge?

Brokers and coaches say they’re helping agents combat uncertainty and fear with a combination of historical perspective, training and facts. “When you feel that moment of fear, remember that’s how others feel, too,” says Jared James, founder and CEO of Jared James Enterprises, a coaching and training company. “This is literally the moment where you get ahead of them, because you did it when they wouldn’t.” The “it” James refers to is taking the actions necessary to generate business. That starts with separating fact from fiction.

It’s What You Know

Recognize that media outlets and social media influencers are competing for scoops and eyeballs. As a result, their reports sometimes exaggerate issues, don’t tell the whole story, or get it wrong.

“What’s being said, whether it’s true or not true, becomes the optics for the consumer,” says James, who sold real estate for seven years before moving into coaching. When interest rates started to rise, “you were hearing, ‘The sky is falling! Is this 2008 again?’—which was utter nonsense.”

Agents need to get back into the right patterns—not sitting around hoping. We tell people, consistency is undefeated.”

“It’s easy to be influenced by dramatic headlines, but when you drill down on the facts, you discover that the market isn’t crashing. It’s just shifting toward a slightly less frantic pace,” agrees Julie Harris. Harris and her husband, Tim, sold real estate in Central Ohio for nearly a decade before founding Harris Real Estate Coaching.

Housing demand remains strong, inventory remains tight, and prices continue to rise nationally. Nearly 40% of homes are still commanding the full list price, according to the National Association of REALTORS®. Across the U.S., listings were on the market for an average of 14 days in July, the fewest since NAR began tracking in May 2011. Eighty-two percent of homes sold in July were on the market for less than a month. See Talking Points to Calm Consumers’ Housing Bubble Fears.

“If we’re going to be professionals in this business, then we need to know more than the local news media outlet,” James says. “We have to be ready to educate [buyers and sellers] on what we’re actually seeing, which also includes being honest when things do soften.”

Knowledge is power. It’s a well-worn phrase, but it’s not complete, said Napoleon Hill in his seminal 1937 book, Think and Grow Rich. “Knowledge is only potential power. It becomes power only when, and if, it is organized into definite plans and directed to a definite end.”

“Our message is that your actions create your market,” says Dierk Herbermann, COO and general counsel for Kentwood Real Estate, a Colorado luxury brokerage and affiliate of Berkshire Hathaway’s Home Services of America, with more than 200 agents. Herbermann says sales in his hot Colorado market area declined by about 20% earlier this year but, by late August, were picking up. “We tell our agents, ‘The market isn’t made by the factors around you. It’s what you make it.’”

Unfortunately, “when people are scared, they tend to freeze up, and they sit in that fear and that panic. The only way you break that is through motion,” says James. Just as you’d start an exercise routine to improve your physical fitness, you need a prospecting routine for your business. “Agents need to get back into the right patterns—not sitting around hoping. We tell people, consistency is undefeated.”

Don’t confuse social media likes or drip email open rates with contacts. Those are passive lead-generation techniques, says Tim Harris. Proactive lead generation, by contrast, is having meaningful conversations with friends, allied professionals, past clients, expired listings, for sale by owners—really, anyone who might need your service or know of someone who might—in which you share knowledge and ask for business, i.e., “Who do you know who’s thinking about buying or selling real estate that I should be helping?”

The Harrises liken methods of lead generation to spokes on a wheel. “The first spokes on your wheel should always be skill-based and proactive,” Tim Harris says. “Then, if you choose to, you can integrate passive lead-generation strategies—marketing, social media. It’s not that we’re anti passive lead generation—quite the opposite,” he says. “We’re anti agents failing—and we know from having done this for a long time that if you’re building your business around bought business, you’re going to suffer in a market like this one.”

A New Set of Sales Skills

With higher interest rates creating affordability concerns, those conversations will focus more and more on pricing and financing. “This is a time when agents are going from order takers to learning, or relearning, how to market listings, setting expectations on the price and the time frame,” Herbermann says.

“Know your subject property,” says Julie Harris. “Some price ranges are still seeing multiple offers, but others aren’t.” You need to be ready to address sellers’ pricing questions, such as “Why did my neighbor get more?” In addition to considering the sellers’ motivation, price per square foot, condition and location, “you have to see what that neighbor’s house was competing with at the time,” Tim Harris says. So, for example, “you’ll say to the seller, ‘Well, that house sold 60 days ago. When it was sold, it was competing with three houses, one of which backed up to a freeway. You’re competing against 13 houses.’”

“And interest rates were three points less than they are today,” adds Julie Harris. “That conversation about pricing highlights sales skills that will be very important going forward.”

If average days on market starts to tick up, ask for longer listing agreements—and talk with sellers upfront about what you’ll do if the property doesn’t sell within a given time frame. “Never say reduce the price,” cautions Tim Harris. “Instead, say, ‘We’re going to reposition the house on the market to correctly reflect buyers’ expectations.’”

“It speaks to scripting and language and not freaking sellers out,” says Julie Harris.

It’s a good time to upgrade your mortgage knowledge and be prepared with creative solutions to financing challenges, she says. For example, rather than reduce their price, sellers might pay points so that the buyers can lock in a lower interest rate or pay six months of homeowners association dues. Buyers might consider an adjustable-rate mortgage, especially if they’re likely to move in a few years. Agents who’ve never worked with FHA and VA loans should learn those products.

Independent of market shifts, brokers are looking for ways to ensure they’re meeting the changing demands of consumers. Kentwood recently
partnered with Zavvie to give its clients the flexibility to consider such options as iBuyer sales, bridge loans, financing for staging, or rent-to-own. Herbermann predicts clients will choose the traditional sales option 98% of the time, but having options helps ensure agents remain at the center of the transaction, he says.

“Whatever the market brings, there will be opportunity for the agents who have the desire, ability and drive to succeed,” says Julie Harris.

“You happen to be selling something that everybody needs. It doesn’t matter who the president is, what the interest rates are or what direction the economy is going. Experienced, skilled agents will absolutely prevail,” she says, “and the smart, up-and-coming agents who polish their skills can most certainly build their career during changing times. It’s a fantastic opportunity to shine.”

As concerns about a looming recession mount, help buyers and sellers understand that this market, though volatile, is not on the trajectory of another housing crash.

There’s a wide range of sources available to help you spot local and national trends. For example, as a benefit of your NAR membership, you can 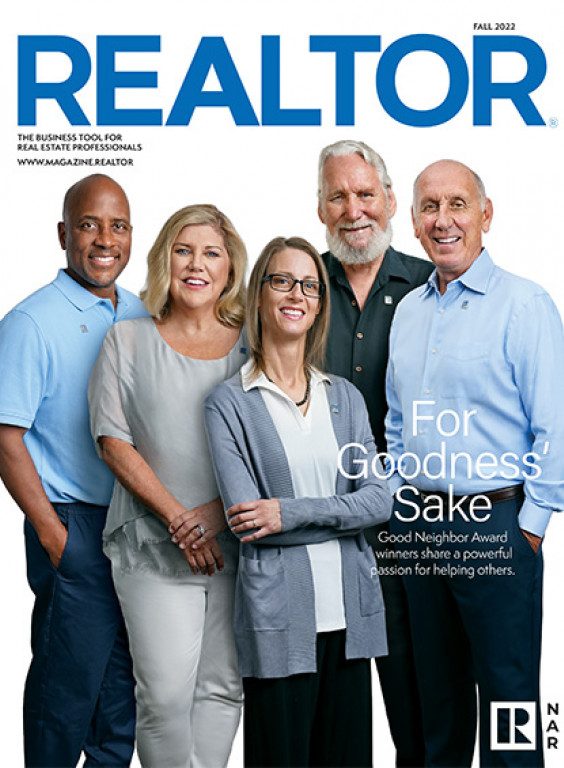