What is the National Flood Insurance Program (NFIP)?

However, as currently structured, the NFIP is not financially sustainable over the long run. According to the Congressional Budget Office, the program is not charging enough in premiums to cover expected claims in catastrophic loss years, and has borrowed tens of billions to make up the difference. For these reasons, NAR supports a strengthened NFIP coupled with a robust private market to offer choices and maintain access to flood insurance across the U.S.

Video
Check out the benefits of the new national flood insurance pricing system, Risk Rating 2.0: Equity in Action, for REALTORS® and policyholders.
1:06:58

Video
Mabél Guzmán discusses the new flood factor feature and how it positions REALTORS® to be a source for flood risk information. 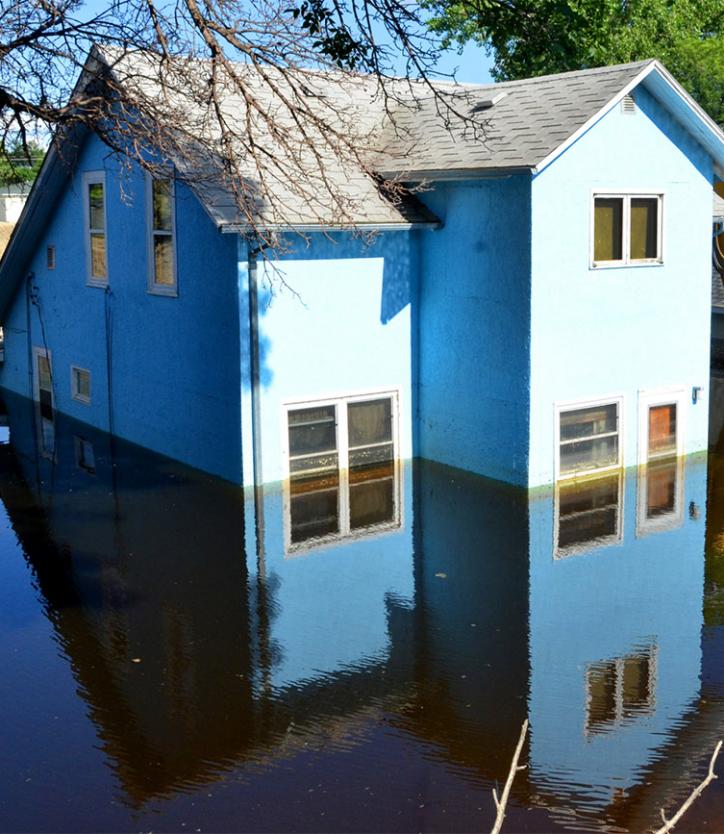 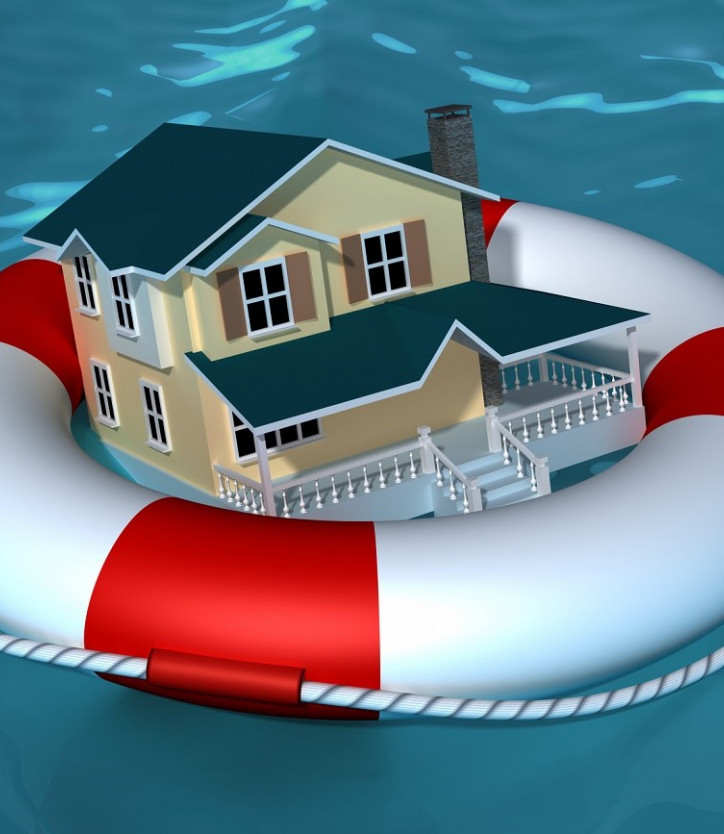 Check out this list of resources to help NAR members understand what is changing/not changing under FEMA's new flood insurance pricing methodology. 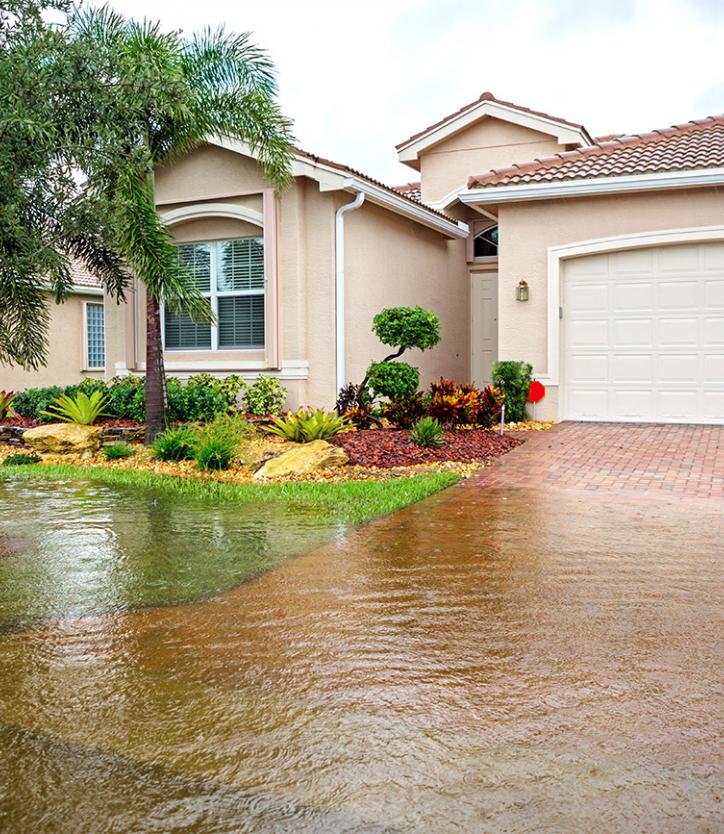 The following collection of materials from FEMA is available for use by real estate professionals and lenders. 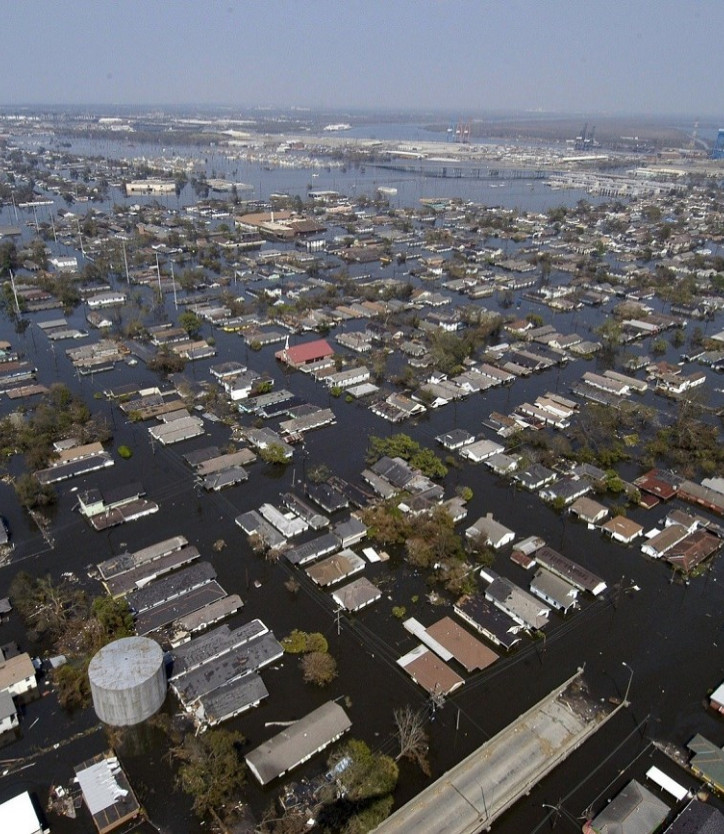 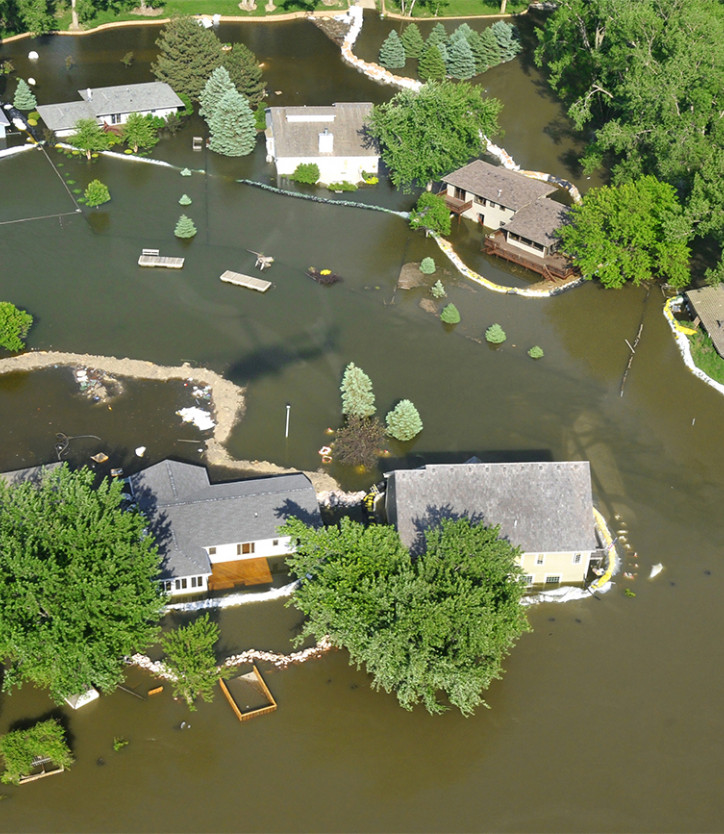 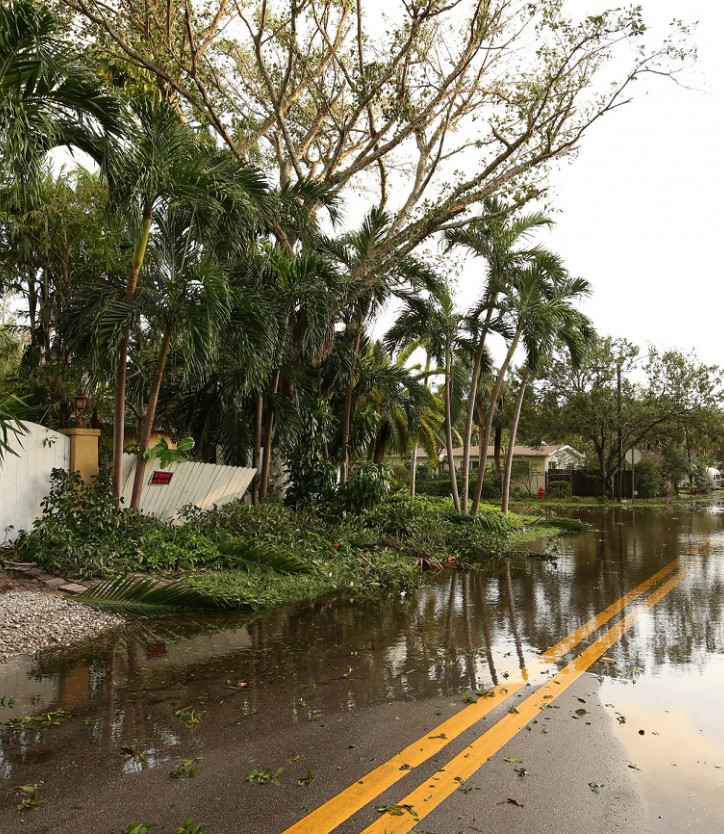 This survey covers mandated property disclosures related to flood hazards for all 50 states and some US territories. 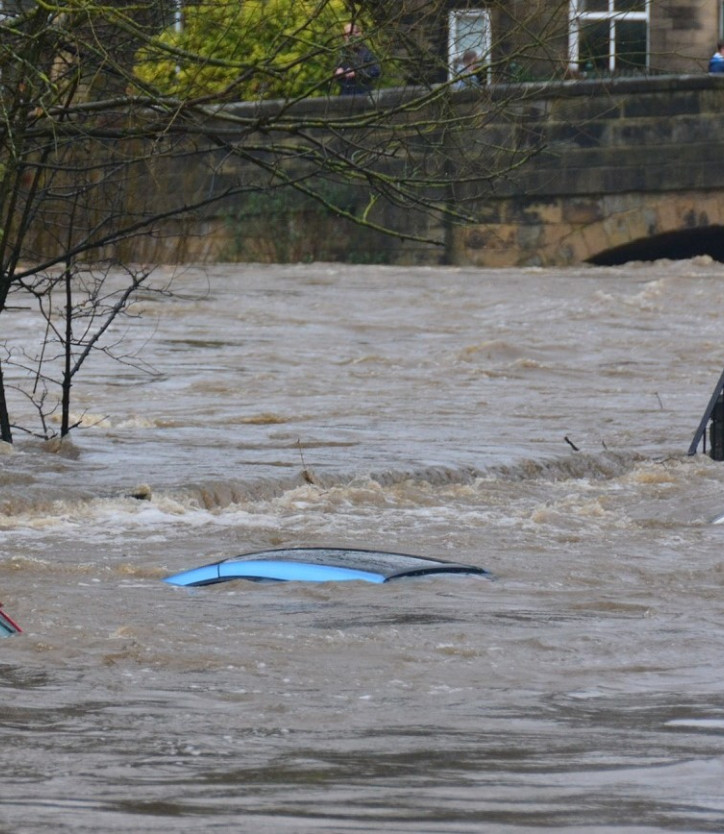 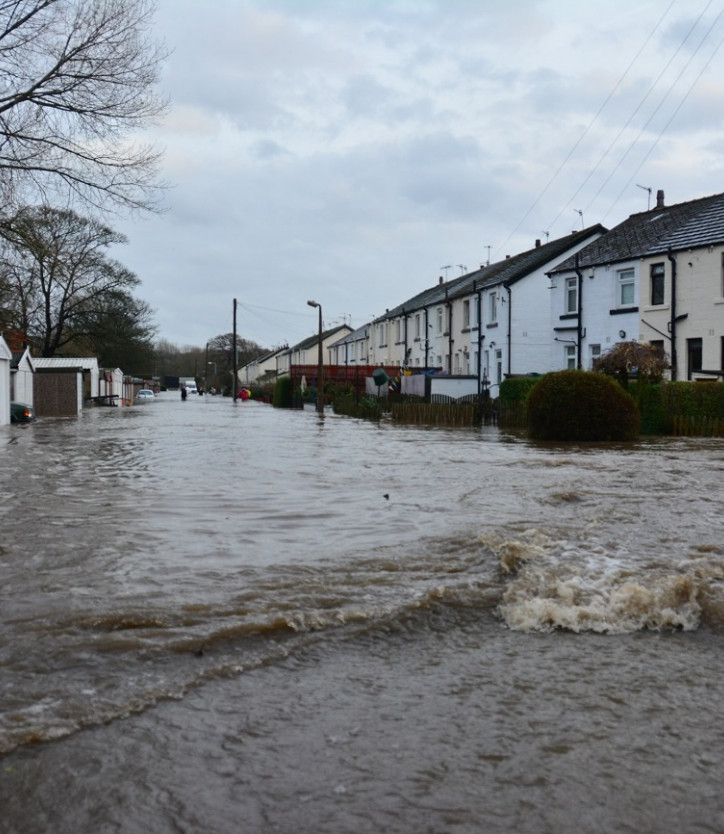 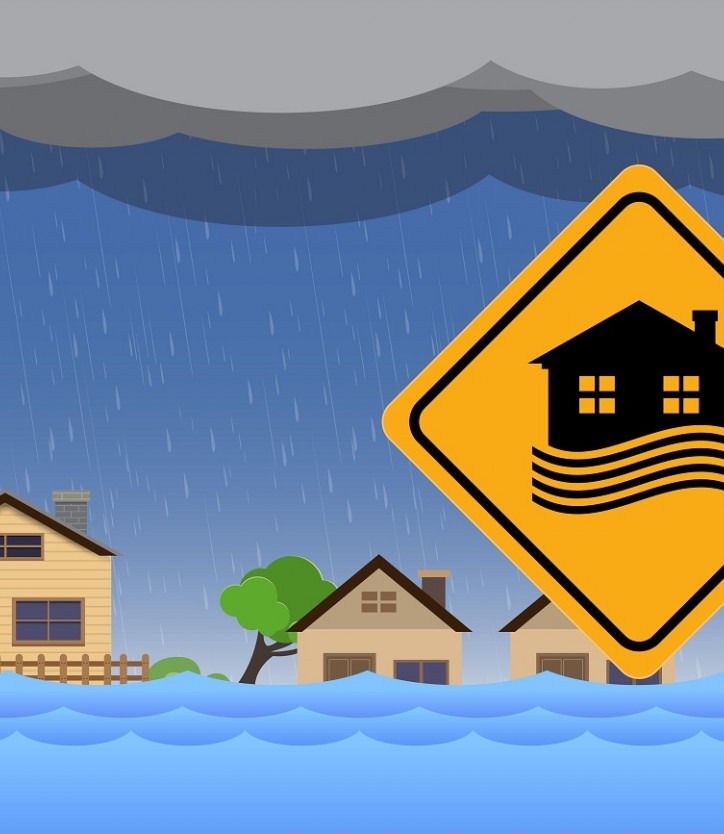 The National Flood Insurance Program (NFIP) is essential to completing nearly a half million property sales per year according to NAR research.

Keep in mind that a property does not have to be near water to flood. Heavy rain, rising sea and river levels, melting snow, drainage system backups, and broken water mains can all cause flooding. In fact, 25 percent of flood insurance claims occur in low or moderate risk areas. Flood damage is excluded under standard home owner insurance policies, and  a home doesn’t have to be in a high-risk flood zone to obtain flood insurance.

As a result of property owner concerns about higher flood insurance premiums, NAR and others sought from Congress legislation to slow the implementation of higher rates. On March 21, 2014, the President signed the Homeowner Flood Insurance Affordability Act of 2014, which eliminated the immediate application of full market-based rates upon the sale of a property or a new policy.  While the Flood Insurance Affordability Act did not overturn the full-market rates triggered by the B-W Act, it did phase in the higher rates by limiting future increases to no more than 18 percent per year for most properties; allowing for new owners to assume a prior owner’s policy at existing rates; providing for properties to retain their “grandfathered” rates; and providing for the grandfathering of newly mapped properties.

While the full market rates have continued to phase in over time, NAR has been collaborating with FEMA to update its 50-year-old risk rating methodology, which was responsible for the most inaccurate and excessive rates under the B-W Act. On October 1, 2021, FEMA began implementing a new rating methodology, called Risk Rating 2.0, which leverages modern insurance technologies, practices and data sets to price each and every home individually rather than by broad geographic flood zones. According to a FEMA nationwide analysis, this new methodology could reduce rates for some while limiting increases for others according to each building’s unique flood risk and cost to rebuild. In addition, any future premium increases continue to be protected by the Homeowner Flood Insurance Affordability Act, which limits rate increases to no more than 18 percent per year for most properties; allows sellers to transfer existing policies to a buyer when property changes ownership; and retains the grandfathering of rates for newly mapped and older properties built before the first Flood Insurance Rate Map (or “pre-FIRM”) for the area.

However, because each property is rated individually under the new system, it is not possible to determine whether the NFIP rate will increase or decrease for a particular property without consulting a licensed insurance agent. To learn more about the impact on specific property, clients should be referred to their insurance agent to prepare a quote.

1. Such advice should further indicate that notwithstanding the 2014 Homeowner Flood Insurance Affordability Act, prior flood insurance premiums will not be representative of future rates and that rates may increase or decrease, although more slowly than anticipated under the B-W Act. See below for an example of a disclosure statement that could be used for this purpose, although brokers and agents may also use different methods or language to communicate to buyers information about flood insurance and flood insurance premiums. In circumstances where flood insurance is not required and there is no reasonable basis for a broker or agent to believe that it may be required or is prudent to have, no such disclosure need be provided.

If a broker or agent determines that it is necessary to make disclosures to buyers regarding flood insurance, as described above, they should also advise buyers that, as a result of the B-W Act, flood insurance rates are likely to be higher than in the past. Although the amount of such rate increases may be lower than they would have otherwise been under the B-W Act alone, increases will nevertheless be implemented with the goal of reaching full market based premium amounts in time. Nevertheless, only a licensed insurance agent will be able to provide a definitive rate quote for individual properties to determine whether the rate will increase or decrease under the new system.

2. Provide buyers with information about the importance of flood insurance, details about the NFIP and flood insurance rates. The broker or agent should be prepared to provide sources of information about these subjects available from competent and reliable third-party sources. These might include websites, publications, pamphlets, or similar materials prepared or distributed by FEMA or other federal or state agencies or departments, or other sources known to be credible. Examples of such publications can be found at the following links:

NFIP's insurance-writing authority is next set to expire on September 30, 2023. NAR is urging Congress to turn to a long-term reauthorization and reform measure at the earliest opportunity.

Congressional authorizing committees have not introduced long-term NFIP reauthorization legislation at this time.