MLS & Online Listings
By: Carolyn Schwaar
Multiple listing services are reinforcing their value proposition in the face of market disruptors—both recent and long-simmering.

When Sandra Peters’ sellers decided to take their home off the market in March amid the spiraling COVID-19 crisis, Peters, senior sales vice president at Comey & Shepherd, REALTORS®, in Cincinnati, took steps to withdraw the listing temporarily from the MLS. This normally involved paperwork, but the Cincinnati MLS waived the filing requirements to help brokers navigate the challenging times they were all facing.

But Peters still faced a dilemma. The large, wooden For Sale sign outside the home, the only type permitted by the subdivision, would be difficult and costly to remove, and Peters hesitated to tamper with it during the indeterminate period the listing would be inactive. And she worried that leaving up the sign could violate MLS rules, including possibly the new nationwide Clear Cooperation policy. The rule, passed by the National Association of REALTORS® last November, says that listings must be submitted into the MLS for cooperation within one business day of the property being publicly marketed.

“These large, wooden For Sale signs cost $450,” says Peters. “I had three withdrawn properties with these signs, and it was going to be very expensive to hire someone to remove them and then reinstall them later.”

Peters phoned her MLS to discuss the situation. She was told the signs could stay as long as no one complained. Days later, however, an agent protested and Peters removed them. Because the properties were already in the MLS, Peters was in compliance with the Clear Cooperation policy. But under MLS rules, she was required to remove signs for any listings that were temporarily in off-market status.

Just before the escalation of COVID-19, the Georgia MLS had introduced a new Coming Soon listing status in conjunction with its Clear Cooperation implementation. “We were fortunate to have worked with our vendors prior to the virus so that the necessary system infrastructure was already in place for the Coming Soon status launch, and we could quickly pivot to the changing real estate environment,” says John Ryan, the MLS’s chief marketing officer. The new Coming Soon status gave members a safe harbor for listings that might otherwise have been kept off the MLS during the pandemic.

The flexibility MLSs have shown during this tumultuous time reflects the MLS world’s changing culture. With the industry getting behind MLS consolidation in many markets and offering more options to brokers through the MLS of Choice policy, multiple listing services are addressing broker needs by looking to the future. While attention to the iBuyer model as a long-term disruptor has receded during the pandemic, the multiple listing system continues to show its necessity, in any economic condition, by ensuring a fair and transparent real estate marketplace.

Localized Policies Through a Crisis

The nation’s 500-plus MLSs responded to the pandemic with local policy changes promoting member safety while supporting their ability to conduct business. Fortunately, real estate services were deemed essential in most jurisdictions.

Still, as virtual showings replaced their in-person equivalents in most markets, MLSs such as Stellar MLS in Florida were quick to suspend rules requiring live showings for all active listings. Virtual tours and online open houses could continue to be marketed in the public remarks section of listings, ensuring that the information would appear on listing data feeds to brokerages and listing portals.

In instances where sellers were considering holding off on listing their homes until after stay-at-home orders were lifted, some MLSs, including NorthstarMLS in Minnesota, issued a temporary rule change extending the maximum allowable time a listing could stay in Coming Soon status. This change helped persuade sellers to list, as they could then delay showings for as long as 60 days.

“We’re making decisions on the fly and relaxing rules,” notes Art Carter, CEO of California Regional MLS in Los Angeles. “We’re also doing twice as many trainings on these new policies and tools, but all virtually.”

Some changes are likely to remain as common practices even as business conditions normalize. CRMLS launched virtual open house capabilities in late March. “I think virtual showings are something that will outlast the pandemic and become a part of the agent and broker’s toolkit to entice consumers before they physically go into a house,” says Carter.

Still, there were sellers resistant to offering virtual showings but who still wanted to keep their home listed. Agents in several markets called for their MLSs to freeze the days-on-market count for these listings to avoid stigmatizing properties that sat for months during the pandemic, but most MLSs did not yield to such requests. “I understand agents who can’t currently sell a home but still want to market it online, but my responsibility as an MLS executive is to ensure accurate data,” said DaVina Lara, CEO of BridgeMLS in Oakland, Calif. “In the years ahead, everyone will understand why the DOM numbers were higher during this period.”

At the same time that MLSs were relaxing some rules and practices, they were mandated to implement MLS Statement 8.0, the Clear Cooperation policy passed with overwhelming support by NAR’s Board of Directors last fall. While the nationwide implementation deadline was May 1, many MLSs adopted the policy earlier than that.

The rampant growth of off-MLS properties was becoming troublesome in many markets, which prompted the move for increased transparency to ensure greater access for brokers and consumers to available properties for sale. The implementation has generally gone smoothly. YesMLS in Ohio executed the policy early, in January, without a hitch, says Carl DeMusz, the organization’s CEO, because members saw it as a solution to a festering problem.

“I would constantly hear from REALTORS® that they couldn’t get information on certain properties from the listing agent,” says DeMusz, “and as soon as the listing was entered in the MLS, it was already pending. There was a tremendous amount of resentment. Our members were saying, ‘You have to fix this.’ ”

Everywhere I go, I have brokers and agents who thank me for the policy change. They feel that it has brought back cooperation.

While some agents and brokers questioned the change initially, pushback eventually receded. “For the most part, people [in my market] are accepting the change,” says Brad Monroe, managing broker at Suncoast Realty Solutions in Tampa, Fla. “There’s no longer the situation where buyers would see a ­property online, but we couldn’t tell them more about it.”

The day-to-day work of real estate professionals has become more efficient since Clear Cooperation went into effect, says Chris Carrillo, CEO of MetroMLS in Milwaukee. “Members had to not only search the MLS for homes, but they had to search other brokerage websites and social media sites to make sure that they had a full picture of the inventory on the market. When agents complained about this, there was nothing we could do. Clear Cooperation now puts us in a position to reinforce and reintroduce cooperation.”

While still allowing office exclusive and Coming Soon listings, Clear Cooperation is already showing results. “Brokerages that once used pocket listings as a business model have changed their practices and are now putting their listings in the MLS,” says DeMusz. “Everywhere I go, I have brokers and agents who thank me for the policy change. They feel that it has brought back cooperation.”

Still, MLS executives are aware that some members may still want to circumvent the rules. “Human behavior is the most difficult thing to change,” says Carrillo. “It’s up to MLSs to understand that and apply it in a way that’s beneficial to the marketplace.”

In May, a San Francisco–based private platform for agents called the Top Agent Network filed a federal lawsuit in California seeking to reverse the policy, alleging antitrust violations. Soon after, another private listing firm, ThePLS.com, filed a similar complaint. NAR is vigorously contesting the actions, noting that Clear Cooperation applies only to listings that are publicly marketed and has no impact on properties sold exclusively within a brokerage, says NAR General Counsel Katie Johnson. “It ensures greater transparency and competition between listings and between brokers, while still addressing privacy concerns.”

The new MLS policy has led to some changes in agent practices as well. Cindi Peters Tanner, an agent at Legend Realty in Huntsville, Ala., says she’s adjusted her listing presentations to spell out for clients what the stricter marketing guidelines mean. For example, she tells sellers not to jump the gun and post information about the property on social media before it’s ready to appear on the MLS. “I explain that the rules state that one business day from the time we advertise to the public, [the property] has to be available for REALTORS® to get information,” says Tanner. “We talk to sellers about what the on-market date is, and we explain what Coming Soon and office exclusive listings are.”

Because listings must now be included in the MLS more promptly than under prior rules, agents may be feeling greater pressure to get staging and professional photos completed quickly when they start working with a seller.

Even before the coronavirus showed up, it was a busy period of change for multiple listing services. MLSs have consolidated operations while expanding data sharing. They’ve offered brokers unprecedented menus of technology innovations while giving them the choice of which MLS to join. And through Clear Cooperation and their pandemic response, they reestablished their core value to foster cooperation among members and be sure that real estate transactions can weather any storm.

Acting nimbly through a crisis while instituting policies that benefit consumers and the health of the industry will keep MLSs relevant now and in the future, says Brad Bjelke, CEO of ­UtahRealEstate.com and president of the Council of MLSs.

So what else might be in store beyond the pandemic? Some anticipate listing platforms and processes, already largely electronic, becoming 100% virtual, and speculate MLSs themselves could become entirely virtual organizations. “How would I characterize the MLS industry? Dynamic—and, one hopes, progressing,” says Shelley Specchio, CEO of the MIBOR ­REALTOR® Association and MLS in central Indiana. “I think the future of the industry will be defined by the consumer’s trust in the real estate professional or the process, or both. I think the best version of the future is one where MLSs build for both.” 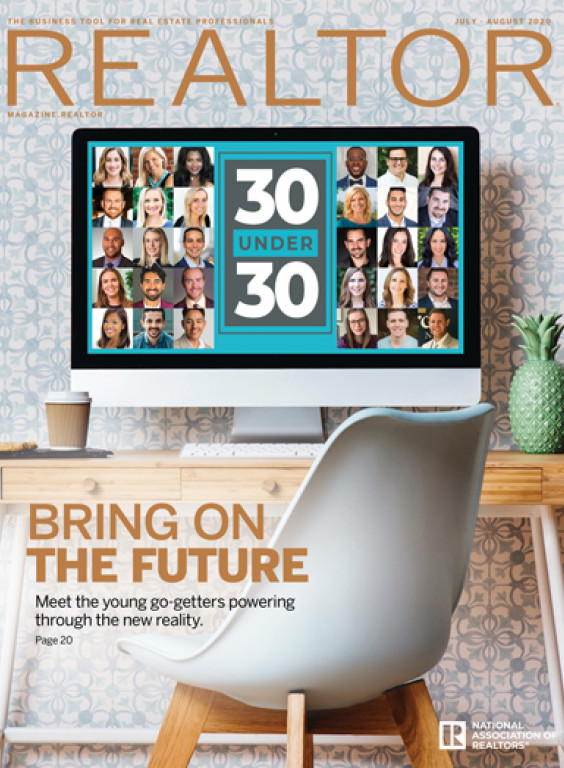 The Future of MLS Is Now

Restoring the Norm of Cooperation