Being a Real Estate Professional, Working With Difficult Customers, Being an Agent
A collection of stories from real estate professionals detailing crazy, funny, or poignant experiences that have happened on the job.

In 2015, I listed the 2,330-square-foot Victorian property that was used as Buffalo Bill’s home in the movie “The Silence of the Lambs.” I expected this novelty to generate some interest, along with the home’s wraparound porch and frontage along the Youghiogheny River in Pennsylvania. But I wasn’t expecting to receive 100 calls from news reporters around the world—including Germany, Japan, South America, and Canada—within 24 hours of posting the listing to the MLS. The movie was 24 years old at the time, and I was surprised the intrigue remained so strong.

The sellers were overjoyed with the exposure their home was getting, despite the dozen or so looky-loos who would drive by on a daily basis. My clients did interviews with the three local news stations and even gave “Inside Edition” a home tour. I received a request to do an interview with a morning show based in Sydney. Within days, we got offers from several people with various plans to turn the place into a funeral home, an event center, or a museum of oddities. But most encountered financing snags. In the end, the buyer, who purchased the home for $195,000, said he was taken more with the property’s quaint charm than with its Hollywood connection. Still, the home’s background resonated with him: The buyer was an FBI agent featured in the book Bloodlines, about a high-profile case involving a Mexican drug cartel. I think he and Clarice Starling, the central character in “Silence” who was an FBI trainee herself, were kindred spirits. —Dianne Wilk, ABR, SRS, RE/MAX Select Realty, McMurray, Pa.

I took my buyer and her niece to see a split-level listing, the bottom half of which was being rented out. The renter was home when we arrived, a man with long, stringy, unwashed hair who was a little too excited for us to come downstairs and see the place. He made the buyers and me feel uneasy. I should have listened to my gut.

When we went down, we saw a makeshift doghouse with the word “Killer” painted in red, dripping paint. Then, as we walked by the bedroom, we saw a poster of what appeared to be a blown-up yearbook page—and three girls’ heads circled in red marker. Sensing my clients were starting to panic, I thanked the renter for showing us around and we quickly headed up the stairs. When I turned around, the renter was silently following us closely behind. Then he shoved me to the floor and said, “You have two seconds to get out of here.” We ran out, and I called the listing agent to report what had happened. The listing agent’s response was tone-deaf at best: “Oh, don’t worry about him; he’s completely harmless.” I’ve learned since then to always follow my instinct, and if something doesn’t feel right, I leave. —Doreen Mathis, GRI, Keller Williams Realty, Raleigh, N.C.

Share your story of triumph, humor, horror, or warm-heartedness from your time in the field. You may appear in REALTOR® Magazine! 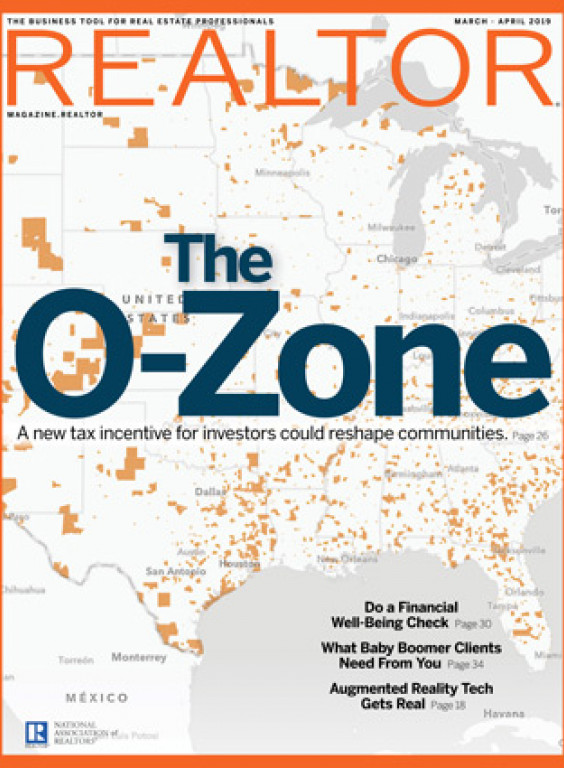 In the Trenches: Keeping Bumpy Closings on Track

In the Trenches: When Closing Seems Elusive