Getting the Most From Scripts

Starting Your Career, Working With Buyers, Working With Sellers, Marketing
By: Stacey Freed
Being prepared for client objections is more about listening and asking questions than offering rebuttals.

Scripts can help you handle a diverse array of issues, situations arising from open houses, expired listings, online leads, listing presentations, lead conversion, property needs, or other contexts where you’re engaging with buyers and sellers. But plenty of agents don’t like to use them or don’t use them well. Whether you’re new to the industry or a seasoned professional, the key to getting the most out of a script is to “internalize it and make it your own so you don’t have to think about it,” says Tg Glazer, an agent with Coldwell Banker in Westfield, N.J.

“A script is a training tool for an agent to get comfortable with what to say so they will be more confident,” says Rich Levin, founder and president of Atlanta-based Real Estate Graduate School. A former tennis pro and schoolteacher, he likens script practice to “being in the weight room.”

When we think of the word “script,” we think of plays, TV shows, films—we think of “talking.” But in a great script, Levin says, “you don’t make statements; you ask a series of the right questions.

The other key ingredient to a good script is to leave room for listening. “You have to listen in order to ask the right questions and engage in an authentic conversation,” Levin says.

Let’s say you’re at an open house. After some prospective buyers walk in and you welcome them, let them wander. Then, catch up to them and ask, “Do you live in the area or are you thinking about buying around here?” Listen for their answer and let them lead you to your next question, which may be “So, do you have any interest in this home?”

Levin says, in his experience, most of the time the answer to that question will be “No.” Then you might ask, “Are you looking exclusively in this town? I know people like this town because it’s close to the city. Or are you also looking in a nearby town to have a bit more land and a more suburban or even rural feel?”

The script goes on from there with more questions leading to a comfortable request for an appointment, Levin says. Try it this way: “There are a number of homes with four bedrooms and two-car garages in this town under $250,000. Let’s get together this week, and I’ll check to see if I know of anything that might be coming on the market. Would you like to do that later today or some afternoon or evening this week?”

Today’s consumers are doing their research and can be well-informed, any script must be backed up by knowledge of the market and your clients. Scripts have to be timely. Consumers are aware that interest rates are on the rise and mortgage and property tax deductions may be less valuable. They’re aware of home prices declining in certain seasons. How do you deal with someone says that they won’t purchase or sell a home because of those factors? Levin goes back to leading them with questions. For buyers, you might put it this way, he says: “ ‘With interest rates rising, there are fewer buyers, and the -buyers have more houses to choose from. Can you see how this would work in your favor?’ Or, for sellers, ‘In the spring market, there’s more demand and less supply. Can you see how that could be good?’ You need to find ways to help people see the opportunities and lead them there with questions.”

Lots of agents say they don’t like using scripts. They say they feel fake or robotic or “they’re just not me,” says 25-year industry veteran and broker Emily Green of Sandy Green Realty, a family-owned company in Minneapolis. She says she had trouble with many preprinted scripts. “I couldn’t see the words [in most sales scripts] coming out of my mouth. You need to find scripts that fit your style.”

When she began in real estate, Green found many sales scripts that seemed to “emphasize fear and create urgency. In practice, though,” she says, “you could be misleading or manipulating the customer.” She cites as an example a script for a seller whose listing has just expired on the MLS with another agent. “It might be focused on finding flaws in the listing, the reputation of their last broker, or the agent’s marketing approach.”

But her approach is “not to disparage another agent,” which could run afoul of Article 15 of the REALTORS® Code of Ethics. “That’s a bad idea. Instead, I would ask the customer why they thought it didn’t sell and I would offer to look at the house to see if I could bring new ideas to them. I would emphasize a new start and a fresh pair of eyes instead of making assumptions about the failed listing’s history.”

Agents also dislike practicing scripts despite knowing they are helpful in the long run. “It makes you feel uncomfortable,” says Amy Galbraith, an agent with Howard Hanna in the Rochester, N.Y., metro area. “It puts you on the spot when you’re practicing with another agent. At the same time, it’s like flossing your teeth: You may not want to do it, but you know that it’s going to get you results.”

Linnette Edwards, an associate broker and partner at Abio Properties in San Francisco’s Bay Area who has been in real estate for 16 years, says that scripts can “put people outside their comfort zone. And you have to get comfortable being uncomfortable. You need to hear how you’re presenting. No matter what level you’re at, you should use scripts. They are necessary to continue to grow as a residential real estate agent.”

Many years ago, a client who was a psychologist gave Dianna Kokoszka, CEO of MAPS Coaching, a coaching division of Keller Williams, a tip that she says got her hooked on scripts. “He said that 90 percent of people, given the same circumstances, will respond in the same way. I realized that if I could figure out what to say and how to say it, I could help 90 percent of buyers who called.”

Knowing that people will likely respond in a certain way still puts the burden on the real estate professional to reach them correctly. “It’s about the words you choose and the sound of your voice,” says Kokoszka, who has people in her organization listening to, chanting, and repeating word patterns and scripts. She talks about voice “downswing” and “upswing.” When your voice rises at the end of a sentence, she says, it seems as though you lack confidence. To a possible client, “it sounds like, ‘Really? I doubt you can sell [my home].’ ”

You have to make any script sound as if it’s your own voice. And the only way to do that is through practice. It’s like ballroom dancing. Once your body learns the routine and you stop counting steps, the movement will flow naturally.

“As in any other profession, salespeople have to practice to improve the quality of their presentation and the way they present to clients,” says veteran real estate coach Tom Ferry, CEO of Ferry International. “I know agents 15, 20 years in the business who are struggling right now. They’re taking dramatically reduced fees and they’re losing negotiations and giving rebates to get deals done because they never practiced [how to negotiate]. They act as if it’s the first time someone has said, ‘I’m going to go with another agent because they will do this for less money.’”

Ferry suggests not only learning a script but also building deeper levels of rapport. “Find out what is important to a particular consumer so you can present what is most important to him or her, rather than just doing your shtick,” he says. “We build a series of modules so that no one else will have your presentation, but the main elements are baked inside.”

Coaches like Ferry and Levin and companies like Keller Williams and Abio, among others, create scripts for agents. Some scripts are even available for free online. But you can create your own scripts, as Green has done over the years.

Green’s sales style is not aggressive, she says, but more relationship-based. “I want to find out more about the person I’m talking with,” she says. “What do they do in their spare time? What is their family like? What do they do in their backyard?” Over the years, Green wrote down what worked and what didn’t. She saved emails. Then she incorporated those efforts into her scripts.

For instance, what wasn’t working for Green was having a particular buyer looking at house after house for months but never being motivated to make an offer. “I had his must-haves committed to memory—three bedrooms, attached garage, area, price, year built,” she says. But one day she and the client were just having a conversation in which he spoke about how every weekend he left town to go hunting, and that he had a huge moose head that his sister was storing for him because he didn’t have space for it. That’s when Green had her “aha moment,” she says.

“I stopped focusing on the house and started to get to know him. I realized I had been looking for the wrong thing.” She eventually showed him a townhome built after 1980 with vaulted ceilings. “It was a place to display his trophy and no worries when he left town. We wrote an offer the next day.”

It’s best to use scripts in a proactive, rather than reactive, way. And keeping up with what’s going on in your market and in the world helps you to do this. “Know yourself, know your market, know your client so you can deliver the best possible information that resonates with them,” Ferry says. And with so much information available online, you’ve got to come equipped with what Ferry calls a “zinger.” “Learn about that one interesting case study or a different way of viewing that market,” he says, “so that in the moment you can present it to the consumer and show yourself to be the expert.” Without study and practice, you won’t have that kind of information top-of-mind when you need it.

Meanwhile, keep practicing scripts around all the possible issues you’ve encountered. As Glazer puts it, “If you’re on a specific topic and trying to get to a specific place, the script will help you stay on course or pull you back to where you need to be.”

Find more sales scripts on topics from cold calling to pricing, vetted by leading coaches and practitioners, at realtorm.ag/quickscripts. 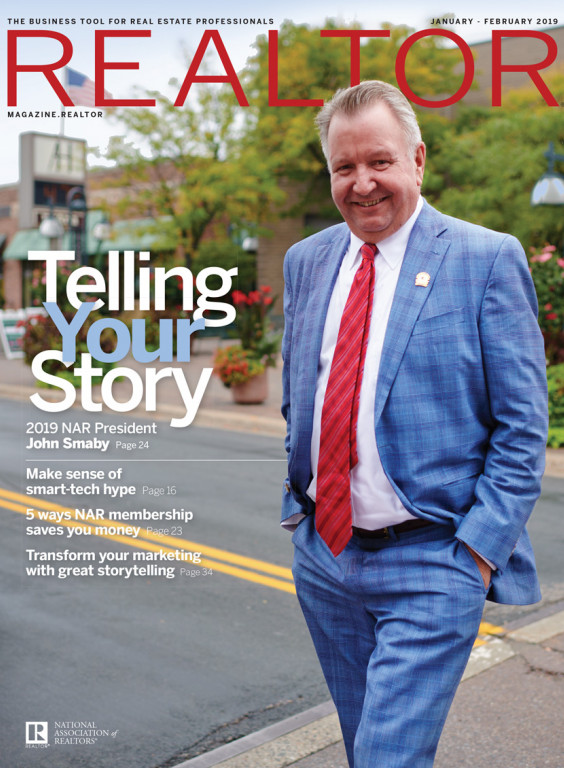 When you’re new to real estate, prospective clients may question whether you have the skill to represent them. These scripts emphasize...