View a recording of the live stream:

Owning a home is the dream of most American households. It is well documented that homeownership provides wealth to the inhabitants, but also helps ensure the financial stability of future generations as well.

Currently, there is a considerable wealth gap between white households and black households, even among homeowners. Recent research suggests that the way homes are valued might play a factor in exacerbating that inequality.

Where does the source of this problem lie? How can it be fixed? On August 5, NAR’s panelists listed below delved deeply into the subject and presented solutions that maintain a fair and equitable system for valuing real estate.

Vince Malta, a REALTOR® in San Francisco, California, is the 2020 President of the National Association of REALTORS®.

Vince is a third-generation REALTOR® and the CEO and broker of Malta & Co., Inc. Vince has been in the real estate business for 43 years and has served the industry in countless roles.

On the national level, Vince has testified before Congress multiple times on behalf of NAR on issues such as the impact of increasing conforming loan limits, insurance reform, and housing policy. He has served on the NAR Board of Directors from 2002 to present, and was the 2010 & 2011 Vice President of Government Affairs.

Since 1988, Vince has been deeply involved with the California Association of REALTORS® (CAR). In 2002 he became an Honorary State Director for Life, and in 2006, CAR elected him President. He was awarded REALTOR® of the Year for the state of California in 2007.

Andre M. Perry is a fellow in the Metropolitan Policy Program at Brookings, a scholar-in-residence at American University, and a columnist for the Hechinger Report. He is the author of the new book Know Your Price: Valuing Black Lives and Property in America’s Black Cities, which is currently available wherever books are sold.

A nationally known and respected commentator on race, structural inequality, and education, Perry is a regular contributor to MSNBC and has been published by The New York Times, The Nation, The Washington Post, TheRoot.com and CNN.com. Perry has also made appearances on CNN, PBS, National Public Radio, NBC, and ABC. His research focuses on race and structural inequality, education, and economic inclusion. Perry’s recent scholarship at Brookings has analyzed Black-majority cities and institutions in America, focusing on valuable assets worthy of increased investment.

Since the COVID-19 pandemic began, Perry has documented the underlying causes for the outsized number of coronavirus-related deaths in Black communities. His Brookings research has illuminated how certain forms of social distancing historically accelerated economic and social disparities between Black people and the rest of the country.

Prior to his work at Brookings, Perry has been a founding dean, professor, award-winning journalist, and activist in the field of education. In 2015, Perry served on Louisiana Governor-elect John Bel Edwards’ K-12 education transition committee, as well as on New Orleans Mayor-elect Mitch Landrieu’s transition team as its co-chair for education in 2010. In 2013, Perry founded the College of Urban Education at Davenport University in Grand Rapids, Mich. Preceding his stint in Michigan, he was an associate professor of educational leadership at the University of New Orleans and served as CEO of the Capital One-University of New Orleans Charter Network.

A native of Pittsburgh, Pa., Perry earned his Ph.D. in education policy and leadership from the University of Maryland College Park.

Craig Morley is a Certified General appraiser licensed in Arizona, Nevada, and Utah. With designations from NAA and NAR. Craig was appointed to the Utah Appraiser Licensing and Appraisal Board by the Governor of Utah in 2004 to 2012, having chaired the board for 4 of those years. Craig is the past president of the Washington County Board of Realtors, past president of the Utah Association of Realtors, and is currently a Director with the National Association of Appraisers. He is also currently serving in the NAR Real Property Valuation Committee. Craig is a licensed education instructor for Real Estate and Appraisal as well as for Accurity Valuation Corporate Commercial Appraisal Development. Craig has been a full-time real estate appraiser since 1984, with his appraisal experience in appraising most types of commercial property, residential property, easements, water rights. He also has experience in litigation valuation together with residential and commercial development. Craig has been qualified as an expert witness in district court in Utah and Nevada as well as providing testimony in Georgia, US District court and federal bankruptcy courts.

Prior to her current position, Ms. Peetz has more than 15 years of experience in government affairs and legal analysis in Washington D.C. and Colorado with previous roles as a US. Congressional staffer, and work in various business and non-profit organizations focusing on healthcare related issues, counterterrorism legal operations, litigation, and democracy promotion and civil society training.

Ms. Peetz, grew up in Greeley, Colorado. She holds a B.A. in International Affairs from CU- Boulder, and a J.D. from Creighton University. She currently lives in Denver and is very active in the community as a leader for the Young Lawyers Section of the American Bar Association and she also serves on the Executive boards of the Junior League of Denver and LIFT Colorado that recruits business friendly candidates to run for office. She also is on the board of the Common Sense Policy Institute.

Michael Neal is a senior research associate in the Housing Finance Policy Center at the Urban Institute. Previously, Michael worked at Fannie Mae where he was a director of economics in the Economic and Strategic Research division. Prior to his service at Fannie, Michael was the assistant vice president at the National Association of Home Builder's Economic and Housing Policy department. As a housing economist, Michael has an in-depth knowledge of housing market trends and has provided expert analysis and commentary on housing to media outlets around the country. Previously, Michael worked at the Congress’ Joint Economic Committee, within the Federal Reserve System, the Congressional Budget Office, and at Goldman Sachs. Michael has a master's in public administration degree from the University of Pennsylvania and a bachelor's degree in economics from Morehouse College. He has also studied at Princeton University and St. Catherine’s College, University of Oxford. 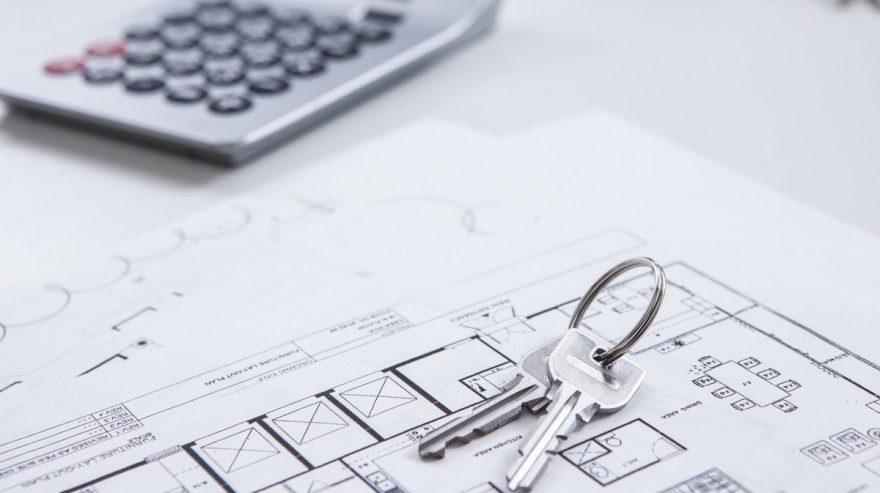 An appraisal is an opinion of value used for real-estate-related financial transactions.