Connecticut's New Home for MLS; 20 Years in the Making 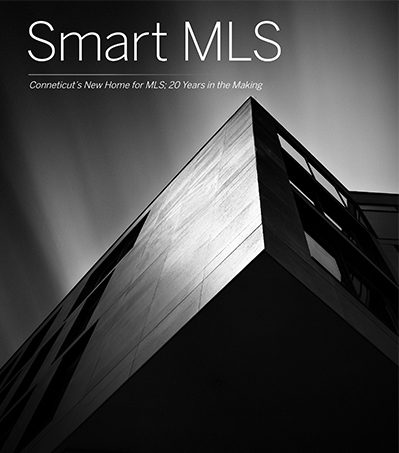 A SmartMLS, Inc. was created on April 1, 2017 when Connecticut MLS (CT-MLS) and Greater Fairfield County CMLS (GFC CMLS) finally consolidated. Members were talking about consolidation 20 years ago and the reasons were the same then as they are today: one common database for the members, more efficiency for back-office procedures and elimination of duplicate tasks and fees. However, consumer expectations and demands have evolved substantially in recent years and have become much more of a factor today, when considering consolidations.

Approximately 10 years ago, there was a move to consolidate when CT-MLS and GFC CMLS each restructured their revenue streams with their respective local associations. As a result, the associations assumed less of a role in the operations of the MLS and the two separate MLS organizations, considered merging but could not reach an agreement.

In 2016, both organizations decided to pursue a data share agreement. At that time, the overlap and duplication was negatively impacting about 20 percent of the members who joined and paid for both MLSs. But shortly thereafter it was determined that data sharing was not the optimal long-term solution.

The leadership knew that with 20 years of unsuccessful consolidation talks behind them, they had to concentrate their efforts on the benefits and positive outcome of this consolidation initiative and avoid rehashing past issues.

CT-MLS was formed approximately 10 years ago, with six participating organizations. It was positioned to be the statewide MLS for Connecticut. Previous attempts at consolidation failed and this created some “history” between the two organizations.

The first step was to create a level of trust between the two organizations. A single leader, specifically Michael Barbaro, the state association president-elect who was simultaneously serving on the board of directors of CT MLS, was able to foster relationships with the CEOs and officers in each respective MLS organization. Absent that individual, it may not have been possible to navigate the necessary trust to take any step at all. He also served as the facilitator for all merger discussions, without using an outside facilitator to assist.

The next step was a data share initiative; they worked together to develop common data fields and business rules, which resulted in continuing a good working relationship and enhancing the level of trust. Subsequently, the leaders of both organizations recognized the financial benefits to the Participants and Subscribers along with the increased strength of merging their organizations. And at that point nothing was off the table and serious talks about consolidation began. A timeline was established that allowed approximately four months for the entirety of the merger discussions, decisions and all votes to occur to make it possible to happen as expediently as possible.

In addition, five town hall meetings were organized for the benefit of participants, managers and subscribers. Michael built a bridge between the two organizations that resulted in enough trust and confidence to move the merger forward. According to Cindy Butts, CEO of Connecticut REALTORS®, “Michael’s leadership and persistence influenced everyone involved in the consolidation process.”

In 2016, the consolidation effort moved forward because:

There is a long history in Connecticut of multiple MLSs in the state with significant overlap. The two groups, GFC CMLS and CT-MLS, started talking about data sharing years ago and as the technology and vendor solutions advanced, it became easier. The members wanted one database to access all the information needed to conduct business and a data sharing agreement was in the works. CoreLogic was prepared to move forward with the project and the two groups started talking about a merger because it would:

During the process of planning the merger, Michael Barbaro did not allow any discussions about: Who would be the CEO of the new organization; what would happen to staff; what building would survive; and the name of new organization.

COMMUNICATION (to owners, to brokers, to agents, to consumers)

Note: Three smaller MLSs are still operating in the state, which are owned by local boards of REALTORS®. The other MLSs do not utilize the same MLS software platform and any discussions would have extended the timeline and complexity for the merger.

In the short four-month timeframe, the staff and vendors have built out a brand-new Matrix system, combining the best features of both existing systems.

The staff and vendors did the heavy lifting in record time. By August 1st, there was only one Matrix MLS system for the members, and there will be one unified company to serve them for the long-run as well.