Putting Together the Pieces of the Puzzle 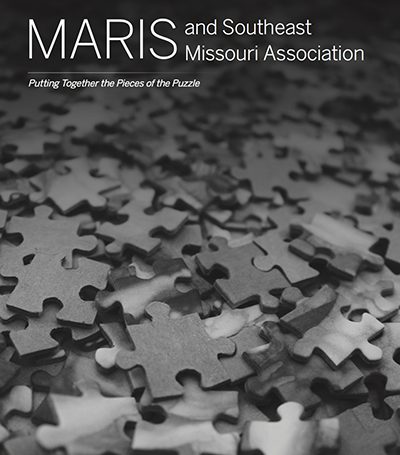 Back in the 1980s, four shareholder REALTOR® associations formed the Mid America Regional Information Systems (MARIS) as an independent, “association-owned and broker-driven” MLS. MARIS was structured to operate as a business rather than using the customary association model. At first, the associations’ resisted, largely for financial reasons, but the brokers instructed the associations to figure out a solution or they would do it on their own.

Like the pieces of a puzzle, these four unique associations found a way to come together with each one bringing its own value into the organization. By working together, they provided a more complete picture just like putting puzzle pieces together, we need to rotate them and change our perspective until we see how they will fit with the other pieces.

With a jigsaw puzzle, we understand what the finished product will look like from the picture on the box lid. With regional MLSs, there’s also a vision of what the big picture will look like. As MARIS has expanded over the years, each additional association that has joined has been like adding another puzzle piece to the whole. But as each association is unique, it takes patience, flexibility, and the ability to see how one fits into the organization along with the others.

Eight associations have since joined MARIS over the past eight years, which now serves as the regional MLS provider for approximately 12,000 REALTOR® members from associations in Missouri and Illinois including: St. Louis REALTORS®, St. Charles REALTORS®, Jefferson County, Franklin County, East Central, South Central, Pulaski County, Lebanon, and Mineral Area Boards of REALTORS®, and Southeast Missouri REALTORS®; and two associations from Illinois: REALTOR® Association of Southern Illinois, and Greater Gateway Association of REALTORS®. All of the associations’ markets are contiguous, covering 60 counties including approximately one-third of the state of Missouri.

The founding “broker-driven” philosophy remains a part of the MARIS culture today. The brokers could see the big picture and they knew what they wanted and needed. But it has taken patient, flexible leadership to orchestrate putting the pieces together to achieve the brokers’ vision to date.

The leadership of Southeast Missouri Association of REALTORS®, one of the newer shareholders of MARIS, was faced with some challenges with their prior MLS system. Their software and database required a lot of work to fix what was broken. In addition, the expenses related to maintaining the RESO compliance standards and associated membership costs were issues the leadership had to deal with at the time.

Southeast Missouri created three specific committees to address the issues, including the MLS Committee, the System Specialist Committee, and the Syndication Committee. The committee chairs worked together to arrive at the consensus that it would be best to consider other options including the possibility of working with MARIS as their MLS provider.

The association’s leadership wisely involved their broker participants. In fact, they reached out to each one of them to communicate the options they were considering and held four to five meetings to inform them and get their support before proceeding. The options were to fix what was broken within their current system, hire a new MLS vendor, or work with MARIS as the provider of MLS to their 300 members.

Relationships and trust are key elements in every successful consolidation effort and MARIS works with others until the partnership produces a win-win outcome that is acceptable to both sides:

In the beginning, economic and financial needs drove MARIS to think about ways to expand its membership. They served their original four shareholders until 2007–2008, but with the market downturn their membership declined and to restore their revenue stream MARIS chose to become a “reseller” to smaller associations. The objective has always been to provide better services to more REALTORS® at a lower cost.

The smaller associations were resistant to change, and in some cases it took years to cultivate the relationships and trust before they were comfortable to move forward. The time frame varied as one of the partnerships took six years and another was completed in 90 days due to an accident that took the life of an AE.

A T3 Sixty Case Study commissioned by the National Association of REALTORS®. This study was researched and written by T3 MLS, a division of T3 Sixty, and based on information obtained from an interview conducted in July 2017 with Paul Prince, President of MARIS – the Mid America Regional Information System and Dawn Seabaugh, Association Executive with the Southeast Missouri Association of REALTORS®. Paul will be retiring in 2017 after 23 years of service to MARIS.