Together, We Are the Future of MLS 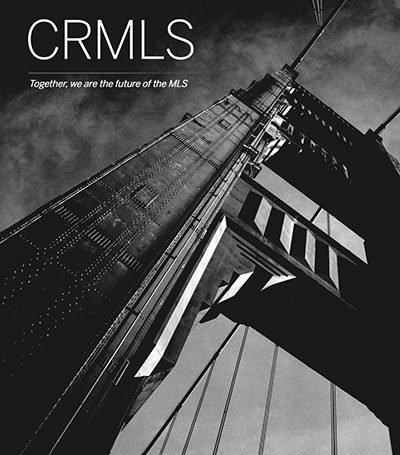 California has more contiguous markets and more MLSs than most states, often resulting in real estate practitioners being forced to join and pay multiple MLSs in order to gain access to the information they need to conduct business; sometimes these markets are just five miles apart. Despite joining multiple MLSs, REALROS® still find themselves ill-equipped to provide the best data to their clients, who have borderless access to the information through other sources. The California Regional MLS (CRMLS) is focused on making it possible for all California real estate information to be accessible in one or more databases.

CRMLS was formed when three existing MLSs merged. This was done in conjunction with a statewide effort from the California Association of REALTORS® (C.A.R.) in 2010. CRMLS inherited the vision for a statewide MLS and was created and continues to operate as a separate and independent entity from C.A.R.

The power of CRMLS is rooted in the successful consolidation of MLSs and 35 associations/boards, all of whom are now members of CRMLS. In addition, CRMLS has completed 19 data sharing arrangements with other MLSs, making it possible for more than 81,000 professionals to access data from California markets up and down the state. (See the map below for details). And while the California MLS climate regarding regionalization, consolidation, statewide initiatives, and mergers is volatile and quite active, no other group of REALTOR® associations has accomplished this much thus far.

Data-sharing in California progressed substantially during the last decade and one of the early efforts was the California Real Estate Technology Services (CARETS) system. In 2006, CARETS began to create a way to share listing data for Southern California brokers and agents. This mega data sharing solution went live in 2008 for the founding members, including SoCalMLS, CLAW, CRISNet, CRMLS and i-Tech. At its peak, CARETS served a meaningful purpose for 40 MLSs over a decade. Today, however, there are better and more cost-effective ways to consolidate data.

CRMLS’s leadership philosophy is that brokers, agents and appraisers are licensed to do business throughout the state and they deserve to have access to the data they need. The organization is open to partnering with other associations/MLSs in the state as well as consolidating the data. It is anticipated that mergers of associations and MLSs will likely occur over time.

CRMLS made a strategic decision to act on the dire need for consolidation as part of an intentional shift to prepare for and pursue the future of the MLS in a more proactive manner. Currently, 70 percent of listings for sale in California are available to the users of CRMLS; 45 percent from CRMLS subscribers and 25 percent from brokers in other markets through data sharing agreements with other partner MLSs.

There are many faces to MLS consolidation and it takes relationships plus a team to make each data share, MLS consolidation, merger and acquisition succeed. In Southern California, that face of those relationships is Art Carter, CEO of CRMLS. Art now spends nearly half of his time promoting and managing mergers and data shares. He is passionate about consolidation and has worked toward a statewide solution for the past 12 years. Art insists that associations joining CRMLS are to be treated as partners and points out that they all have unique and different needs.

In 2005, the California Association of REALTORS® adopted the following principles for the statewide MLS, which is guiding many of CRMLS activities today:

To get the word out about their mission, CRMLS launched “It’s My Business” in 2015, working to eliminate the political and historical hurdles that prevent more than half of the MLSs in California today from sharing data with each other.

No other state has as large a population, as many REALTOES® and licensed professionals, so many cross-over markets where MLS listings and subscriptions overlap as California. The state is tied with Texas with approximately 48 separate MLSs. As a result, there is a considerable demand for consolidation, easier access to data, cost-efficiencies, and the very best unified services.

COMMUNICATION (to owners, to brokers, to agents, to consumers)

A T3 Sixty Case Study commissioned by the National Association of REALTORS®. This study was researched and written by T3 MLS, a division of T3 Sixty, and based on information obtained from interviews conducted in July 2017 with Art Carter, CEO CRMLS.