Even though legislation to cut down on predatory patent troll behavior is moving forward on the federal level, opponents of many aspects of the current bills in Congress promise a long fight. NAR is working for patent reform as part of a coalition and continues to voice the need for a solution to legislators on Capitol Hill.

There has been more progress on the statewide legislative level. Legislators in eight states so far this year have approved laws designed to curb some abusive patent assertions. Colorado, for example, recently approved a bill allowing the state attorney general’s office to prosecute people who send lawsuit-threatening letters seeking payments for patent infringement when they don’t hold the patents or don’t have legitimate claims for infringement. Currently, 19 states have approved some form of patent troll–limiting legislation. NAR is working for patent reform that weakens trolls while preserving legitimate patent rights.

However, the Supreme Court in May said that simply believing the patent you’re accused of violating was invalid in the first place, is not grounds for a infringement defense. This case represents the first time the term “patent troll” was used by a Supreme Court justice in a decision (Justice Antonin Scalia in the case of Commil USA LLC v. Cisco).

On the regulatory side, the U.S. Patent and Trademark Office recently handed down a final decision invalidating key claims of a podcasting patent that Personal Audio LLC, a patent assertion entity, was attempting to leverage against big-name podcasters, including CBS, NBC, and Fox.

Patent trolls often purchase vague and overly broad patents typically addressing commonplace technology and business methods. They demand a license fee or threaten to take businesses to court whether or not the business actually violated any patents. Often in the case of individual real estate brokers, the licensing fee could be a little as a few hundred dollars, whereas the cost of a court case could easily reach tens of thousands.

In recent years, members, REALTOR® associations, and MLSs have received demand letters or have been sued for using commonplace technologies such as scan-to-e-mail functions and online systems for searching and transmitting property listings.

Despite some legislative and legal progress, the patent troll letters keep coming. It’s important to remind members that they have options for responding to a patent troll demand letter.

First, members could deter the patent troll by requesting additional information, such as the scope of the patent, the claims allegedly violated, and a description of the product or service that allegedly infringes it. A sample response letter is available here.

Members also could deny infringement, sue for a declaratory judgment of noninfringement (which legally concludes they are not infringing the patent), or challenge the patent’s validity before the U.S. Patent and Trademark Office.

In some cases, it may be prudent to negotiate a settlement or license fee. For example, in 2007, many REALTOR® associations and MLSs were threatened with litigation by the owner of a patent for an online system to locate, search for, and transmit to others information about properties. Ultimately, an industrywide license for use of the patent was negotiated.

Consider keeping a record of members who receive a demand letter. Your association could help connect members targeted by the same troll. These members may decide to organize a joint defense group for the purpose of sharing information about the patent troll, challenging the patent, or collectively defending a lawsuit. 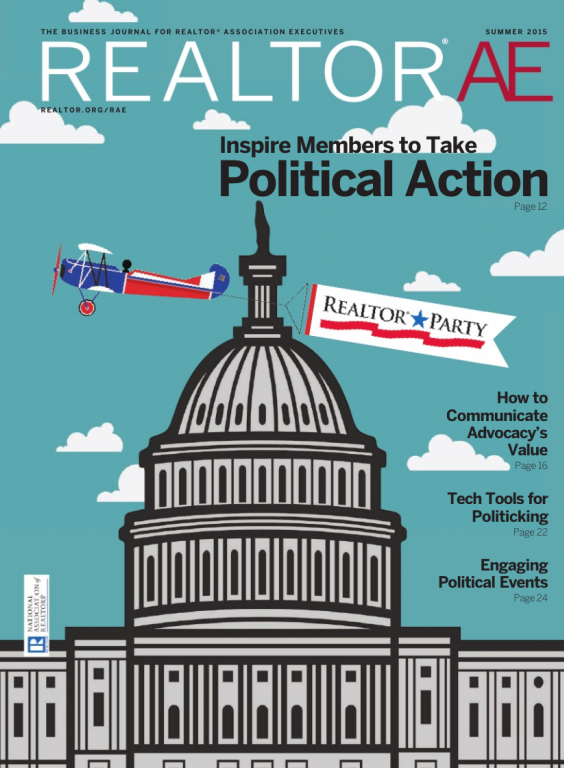