Glorious sunshine, beautiful beaches, stunning coastline, exciting arts and culture, family-friendly attractions, diverse neighborhoods — there is a reason why San Diego is known as America’s Finest City. Living in San Diego sits at the top of many people’s wish list. U.S. News & World Report looked at metropolitan areas around the country and in 2017 ranked San Diego as the nation’s 22nd best place to live. When it comes to desirability, San Diego ranks 10 out of 10. But when it comes to value, the score drops a bit.

That’s because San Diego can be an expensive place to live and finding affordable housing can be a real challenge. U.S. News & World Report’s statistics show a sharp divide between residents’ average annual salary of just over $54,000 and the median home price of more than $480,000. The Pacific Southwest Association of REALTORS® (PSAR) reports that from 2002 to 2016, the median rent in San Diego increased 32 percent while median income increased only 2 percent. With an average median rent currently at $1,800 a month, the reality is that many residents can’t afford to live where they work.

“The high rents are really squeezing a lot of renters out of the market,” explains Tracy Morgan Hollingworth, government affairs director at PSAR. She goes on to explain that when renters have to move out of the city, the results often mean longer commutes and increased traffic congestion; and that can threaten growth.

City leaders needed to figure out a way to increase affordable housing and PSAR was there to help by engaging in a collaborative process that is helping pave the way for more units to be built more quickly. PSAR used an NAR Smart Growth Action Grant to partner with Circulate San Diego, a regional grassroots organization that focuses on housing supply, transit-oriented development and land use that promotes sustainable growth. The REALTORS® also helped bring other stakeholders to the table. Together they created a set of recommendations to revise the city’s existing Bonus Density Program.

“Circulate San Diego is relevant because they are willing to work with others. Our members wanted to make sure the building industry was also on board and when we determined they were, it was easier to come and work together,” Morgan Hollingworth explains. “The City Council was relieved that the REALTORS® and builders were embracing this. There were lots of sit downs. Sure there were some conflicts, but we worked through it. It was a really good process.”

San Diego REALTOR® Rafael Perez with Axia Real Estate Group Inc. agrees that collaboration helped create meaningful results. “It allowed us to help alleviate the housing supply issue in a proactive way. This was alongside a broad coalition of groups that don’t work together very often across the political spectrum.”

The City Council approved the proposed recommendations and the Affordable Homes Bonus Program (AHBP) was launched. The AHBP increases capacity for developers if they include deed-restricted affordable homes, includes concessions from development standards that streamline the process and encourages affordable homes near transit.

“It won’t solve the housing crisis in San Diego alone, but that’s how you make progress. Little steps on one policy and little ones on another and eventually you make significant progress.”

“It gave us a seat at the table with local movers, shakers and elected officials,” Perez explains. “We were able to testify in support of this to city council and be there to celebrate as things progressed.”

“There are aggressive incentives for affordable units,” Morgan Hollingworth says. “The adjustments make the program more useful for all parties. There is hopefulness because units are in the pipeline.”

A recent Circulate San Diego study looking at the first eight months of AHBP has reported significant results. Because the revisions are so new, the report could only compare program applications with actual developments built during the 12 years of the original Density Bonus Program. But those comparisons show that the AHBP is moving affordable housing in the right direction. From August 27, 2016, to March 2017, 18 market-rate developers had submitted applications for AHBP. That compares to 36 developments that received benefits under the entire length of the original program — a potential increase of 900 percent. If development stays on track, AHBP will outproduce the entire 12-year history of the former Density Bonus Program in just three years.

“This also paved the road for work we are doing on other projects related to smart growth,” says Perez.

Morgan Hollingworth says PSAR will likely apply for another Smart Growth Action Grant to help train city staff so they can more effectively implement the city’s transit-oriented plan. It’s likely that the successful collaboration with Circulate San Diego will continue as they look for ways to work together and achieve measurable results.

“It’s been a really great partnership because we want the same thing,” Parent says.

Morgan Hollingworth agrees. “Once you work with someone side by side, the results are the best.” 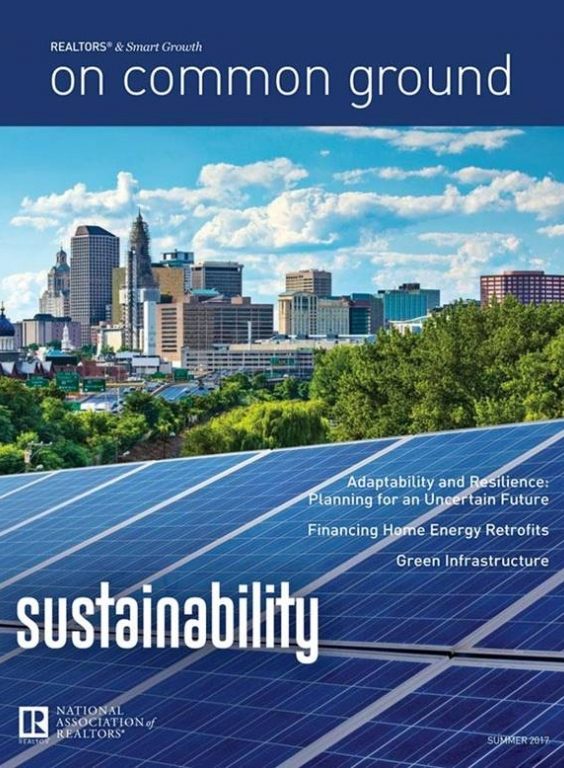