Just five years ago, installing a solar energy system to heat your pool or to power your whole home was out of the question for most homeowners. Hard costs, meaning the cost of the equipment and installation, were sky high. Things have changed.

While costs are coming down, there are still impediments to going solar.

“Soft costs and red tape are currently barriers to solar at the homeowner level,” says Jack Morgan, program manager at the National Association of Counties. “There is a lengthy process to get a system permitted and inspected, let alone determining whether it’s allowable per zoning.”

“About two-thirds of the cost of going solar are soft costs — permitting, zoning, inspections,” says James Scholl, project manager for The Solar Foundation in Washington, D.C. That can add significantly to the cost for residents.

Education is another barrier.

“It’s not as much an issue of dollars; it’s an issue of educating homeowners on what it means to go solar,” says Kimbis.

In addition, according to Amit Ronen, director of the George Washington University Solar Institute in Washington, D.C., technical challenges affect at least half of all homes in America. “Is the home suitable for solar? Some roofs may face the wrong way, others are in shady areas, and still others need maintenance or are close to the end of its life, which means the roof must be replaced before solar is installed.”

The good news is that for all the barriers, there are solutions. Concerning technical challenges, Google recently expanded Project Sunroof, where you can type in your home address, and it will show you via satellite your home’s solar potential. The site offers valuable information about potential ownership and financing costs as well as whether lease options are available in your state.

“We are a national trade association for solar, and we launched a consumer protection initiative 10 years ago,” says Kimbis. “Solar adoption is increasing. We went from several hundred installations a couple of years ago to passing 1 million home installations last year. With that rate, we wanted to make sure that consumers understood the benefits and the transaction.”

Not all barriers to solar have quick-fix or easy solutions. Take the cost of a system, for example. While costs have gone down, the cost to install photovoltaic (PV) solar panels on a house to generate one’s own electrical energy is between $7 to $9 per watt. A 5kW system costs around $25,000 to $35,000 to install, according to the Solar Power Authority, which offers a free calculator at https:// www.solarpowerauthority.com/calculator.

Of course, says Ronen, “Almost anywhere in the country, if you install a solar system, you’ll be making money. Solar energy tax credits can be more valuable than the electricity itself.”

In fact, federal tax credits due to expire last year have been extended through 2017. Homeowners who meet certain criteria when installing PV systems can receive a tax credit of 30 percent of the cost with no upper limit.

“Regardless,” says Ronen, “you must calculate whether you want to pay a lump sum capital expenditure and get free electric for 25 years (the average life of the PV solar panels), or amortize it over 25 years.”

In addition to tax credits, there are other programs centered around affordability. The U.S. Department of Energy SunShot Initiative is a national effort to make solar energy affordable for all Americans through research and development efforts, in collaboration with public and private partners. According to energy.gov, when SunShot was launched in 2011, it set a goal for solar energy to become cost-competitive with traditional forms of electricity by 2020 without subsidies. In May 2016, SunShot released “On the Path to SunShot,” which found that just five years into the initiative, the solar industry had achieved 70 percent of the progress toward the 2020 goals.

“Until last year, leasing was the most popular financing model,” says Ronen. However, he says, “there’s been a shift to ownership of the system so that the homeowner gets to keep a bigger chunk of the revenue stream.”

According to a whitepaper called, “Growing Clean Energy Markets with Green Bank Financing” by the Coalition for Green Capital, several states have established green banks to attract and leverage private sector capital to accelerate clean energy deployment. A Green Bank is a public or quasi-public institution that finances the deployment of renewable energy, energy efficiency, and other clean energy projects in partnership with private lenders. Connecticut and New York are two states that developed Green Banks to address specific financing gaps.

A new model that is gaining traction is the community solar model, which allows members of a community to share the benefits of solar power even if they can’t install solar panels on their property. Project participants benefit from the electricity generated by the community solar farm, which costs less than the price they would ordinarily pay to their utility.

“A large system is put in a community, and the solar power is shared which is beneficial to lower income persons or renters, along with those who live in shady areas, condos or have older roofs,” says Kimbis.

According to Navigant Research’s “Utility Technology Disruption Report, “Community solar is enabled by virtual net metering, which allows consumers to offset part or all of their electricity bills with the electricity produced by the solar project.” By the end of 2015, says the report, 88.6 MW of capacity was deployed under community solar programs across the United States, representing an estimated $175 million in revenue from those installations.

As you can see, there are several solutions for hard costs. However, the soft costs of permitting, zoning and inspection are proving more difficult to resolve as they are within the scope of the local government’s purview.

“Streamlining local regulatory processes can decrease the cost of installing a typical system by approximately $2,500,” says Scholl. “Permitting backlogs, which in some areas can take weeks or even a month to get a permit, can add costs.”

Scholl works with the SolSmart program, a national solar designation program that recognizes communities for their efforts to make it faster, easier and cheaper for residents to go solar.

“We’re working with cities, counties and towns on reducing those soft costs,” says Scholl. That means, helping communities identify the ways in which zoning codes can be more solar friendly, having online permitting requests (rather than requiring a trip to the office) and more.

There’s also the Property Assessed Clean Energy (PACE) model from the U.S. Department of Energy. It’s an innovative mechanism for financing energy efficiency and renewable energy improvements on private property. PACE programs allow local and state governments or other inter-jurisdictional authorities, when authorized by state law, to fund the upfront cost of energy improvements on commercial and residential properties, which are paid back over time by the property owners.

“Essentially, the PACE model allows homeowners to purchase a system and involves a lien on the property paid via property taxes,” says Kimbis. (See article on page 16 for additional information.)

In fact, in a study limited to California, the National Renewable Energy Laboratory (NREL) found that solar homes sold 20 percent faster and for 17 percent more than the equivalent non-solar homes, across several subdivisions built by different California builders.

With a growing number of homeowners interested in solar, lower prices on hard costs and help with soft costs, the move to solar has never been more attainable. 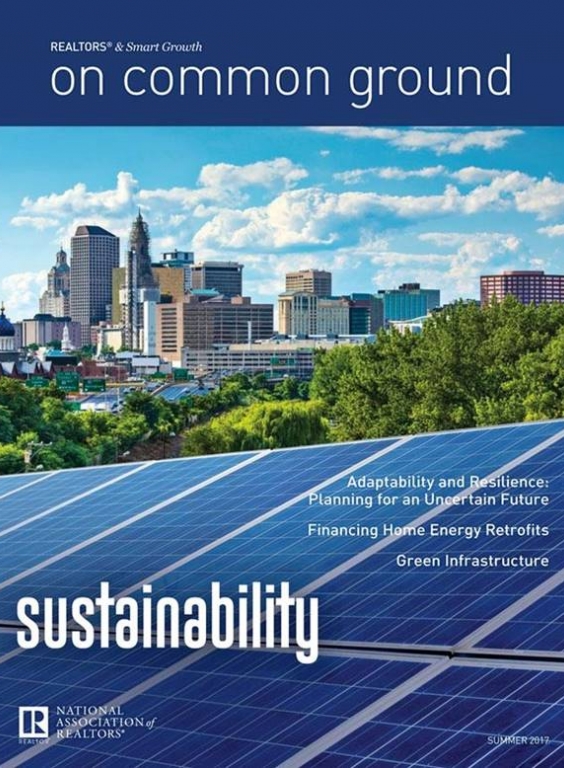