MLS & Online Listings
By: Graham Wood
Think twice before tweaking data to boost property exposure. It may be common—but it's unprofessional.

David Weldon empathized with his client’s growing desperation to sell her home, a three-bedroom house in Southern California’s Riverside County. But he was uncomfortable about her suggestion for boosting the listing’s appeal. The seller listed the home with Weldon last July at a list price of $600,000. After nearly 70 days on the market, the property hadn’t received an offer she would accept. She also was under contract to purchase another property contingent on the sale of her home, which added to the pressure. The seller asked Weldon, a broker-associate at RE/MAX One in Moreno Valley, Calif., to take steps that sounded to him like “gaming the MLS” to draw more eyes to her listing and get it sold faster.

She had learned from another agent in a prior transaction that there are ways to manipulate MLS data to the seller’s advantage. Loopholes in many MLS systems make it possible for real estate professionals to reset a property’s recorded days on market—making a listing appear newer than it is—or surface a home on an MLS’s “hot sheets” with, say, a $100 reduction in list price. While these practices can help raise the visibility of listings in the MLS, they’re also deceptive marketing techniques that have the effect of skewing real-time MLS data—a problem the real estate industry is working to solve—and cast a poor light on agent professionalism.

“The MLS platform is not the tool to refresh a listing,” says Rene Galicia, director of MLS engagement at the National Association of REALTORS®. “You’re not treating the underlying issue—perhaps you need to revisit your pricing strategy, for example—if you’re relying on gaming the system to get action on your listing.”

Weldon says it’s not uncommon for agents in his market to inappropriately cancel and resubmit a listing to the MLS with an inconsequential edit to the property’s address—such as changing “Street” to “St.”—which resets days on market in the system. That’s the type of action his seller was requesting.

“There’s no way to do what the seller was asking me to do that I’m comfortable with,” Weldon says. “I said, ‘You want me to cancel the contract and start over after I’ve put in a considerable amount of time marketing your property.’ ” When his client was unrelenting, Weldon decided to end his professional relationship with her. The seller relisted with another agent, and as of mid-January, the property had been on the market for 106 days—more than a month longer than Weldon had the home listed.

Your Good Name Is on the Line

While not necessarily a violation of the REALTORS® Code of Ethics, these types of tactics may “work against the duty of honesty in Article 1, and the ‘true picture’ mandate for all advertising, marketing, and other representations in Article 12,” says Rodney Gansho, NAR’s director of engagement and staff executive to the Multiple Listing Issues and Policies Committee.

Not all practitioners see it that way, though. “In some markets, people consider these practices to be wrong, while in other markets, it’s tolerated,” Gansho says. “Most agents can look up a property’s history to see exactly what’s changed or when it was first put on the market, so gaming the MLS is a limited strategy anyway.”

Galicia takes particular exception to the idea of lowering a list price by a minuscule amount to boost its standing on MLS hot sheets. “Most MLS technology will display the dollar amount of the price reduction, and savvy consumers can see that a $100 price drop is not a legitimate strategy,” he says. “If a listing shows up on a hot sheet all the time, that could be a sign of data manipulation rather than true changes to the terms of the listing itself.”

Such a pricing strategy also could damage your reputation with other agents who find it offensive and could ultimately hurt your ability to find a buyer. “I’ve seen properties reduced by $1,” says Dan Halperin, GRI, an agent with Gagliardo Realty Associates in River Forest, Ill. “It’s just a waste of everybody’s time. It irritates clients, and it doesn’t leave a good impression on the public.” Halperin adds that many of his buyers feel an urgency to be among the first to visit a new listing, so he keeps a watchful eye on turnover in the MLS. “I want to be able to tell my clients whether it’s been listed six times or had several price drops in the past,” he says. “I want them to know when it’s not the hot property they think it is.”

So what’s a smarter approach? Instead of resorting to MLS gaming tactics, focus on using professional listing photos from the start and adding virtual home tours and floor plans to listings in order to refresh them, Galicia recommends. Gansho encourages agents to revamp listing descriptions as a way to capture interest from people who may have previously overlooked your listing. These changes won’t appear on an MLS hot sheet, but sharper marketing may get buyers to pay closer attention.

Heather Embrey, CRS, GRI, a sales associate with Better Homes and Gardens Real Estate Premier in Falls Church, Va., says she recently sold a four--bedroom, two-bath listing, which had lingered on the market for 60 days, after updating the listing photos. Embrey’s seller was initially hesitant about staging the home, but when the sale stalled, the client agreed to change furnishings and add carpeting to neutralize the space.

The new photos of the staged property enticed a buyer who had previously viewed the home to give it a second look. The buyer ended up purchasing the home for the $499,500 list price. “In my office, they jokingly call me the compliance queen because I very much follow the rules,” Embrey says. “I’m not trying to reset days on market, I don’t change the address, and I don’t try and make it look like a new listing. There are too many other tools at my disposal for me to have to do that.” 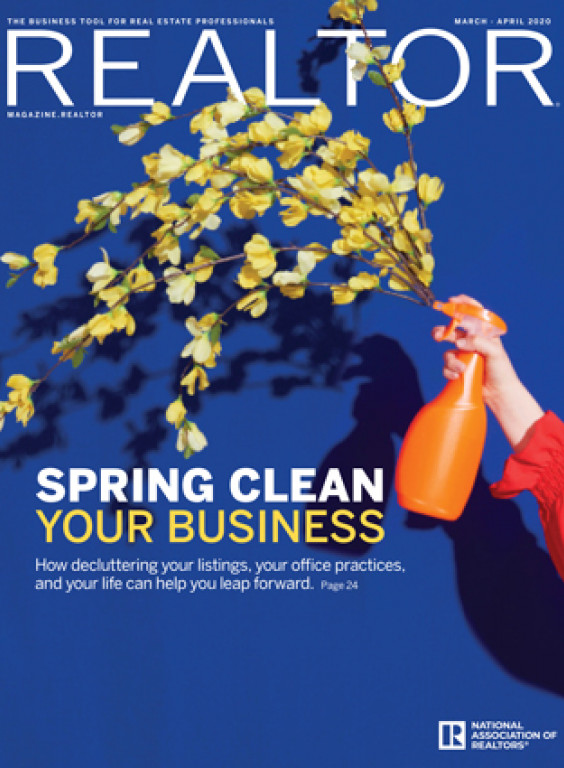 Restoring the Norm of Cooperation

Managing the Disruption From Pocket Listings