In the Trenches: A Heroic Entrance

A collection of stories from real estate professionals detailing crazy, funny, or poignant experiences that have happened on the job.

I had arranged to meet the buyers at my listing, a 2,300-square-foot, three-bedroom home, to do the pre-closing walkthrough. I arrived 15 minutes early to turn on the lights and give the place a once-over. The sellers had already moved out, and the lockbox was on the front door, which was behind a storm door. Though they had never locked the storm door before, they did this time—and I didn’t have the key.

The buyers were minutes away, and I had no way to get them inside. I called the seller, who moved only 10 miles away, hoping he would tell me there was a spare key hidden under a rock somewhere. No answer. I left a message. Then I went around the house, trying every door. All locked.

Next, I tried every window. I found one of the front windows unlocked, but it was too high to climb through. Fortunately, there was an old lawn chair in a shed I could stand on. It wasn’t very stable, but I was able to balance on it and slide the window up. I hoisted myself up onto the window sill, carefully trying to pivot around and get my legs inside. (I’m 61 and have Parkinson’s disease, so this was no easy task.) It was while I was straddling the windowsill—one leg in the house and the other out—that I saw the buyers’ car pulling into the driveway. To say it was an awkward moment is an understatement. I completed my unconventional entry, unlocked the front door, and welcomed them inside.

The buyers thought it was hilarious once I explained what had happened. They thanked me not only for getting them into the house so they could close that day but also for giving them a story to tell their friends.

My husband and I were driving and saw a wallet lying in the middle of the street. We pulled over but no one was in sight. Inside the wallet was an out-of-state driver’s license and a military ID. Neither had any local information on it. Searching further, we found a receipt with an address—only about a mile away. We drove over to the two-story contemporary home, which, it turned out, was where the military vet lived, and returned the wallet to him. The man was riding his motorcycle and hadn’t even realized it fell out of his pocket. We left our business card with him and lightheartedly mentioned that if he ever needed an agent, we’d be happy to help.

Nine months later, guess who called. Yep, that guy. The military was moving him overseas, and he needed help renting and managing his home. He was happy to hire us as his property management team and glad he had kept our card. We found him a qualified tenant in two weeks and still manage his property.

Share your story of triumph, humor, horror, or warm heartedness from your time in the field. You may appear in REALTOR® Magazine! 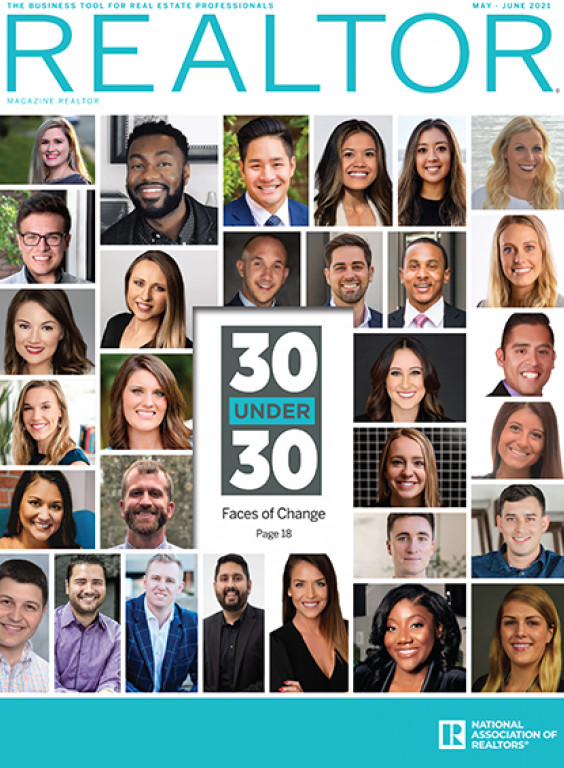