Summer of the Speed Buyer

Remember when it could take years to sell a home? MLSs were flooded with distressed properties. In Miami, it was up to six years, according to news accounts in the wake of the 2008 financial crisis.

Today, of course, it’s the opposite story. It’s generally taking just a couple of weeks, and sometimes days, to find a buyer. From listing to contract, homes typically sold in 17 days in April, the fastest rate ever. In most markets, home buyers can’t risk leisurely weighing several listings before committing to likely the most expensive purchase of their life. Rushed decisions can easily lead to buyer misgivings—about overspending for the home, its size, or having insufficient reserves for upkeep. Still, most buyers come to see they made the right decision in these competitive times. Seeing prices, and hence their wealth, rising helps.

Could it all crash as happened from 2008 to 2010? Not likely. The current housing cycle is fundamentally different. We thankfully don’t have risky subprime mortgages that overstretched buyers’ budgets. The gatekeepers at banks, mortgage brokers, and government regulators demand that loan-to- value ratios, debt-to-income ratios, and income documentation meet guidelines before a mortgage is approved. To be sure, even with soundly written mortgages, we know some defaults can occur.

A second major difference is supply. Leading up to the housing bubble heyday, builders overbuilt. By my calculations, America had 2.1 million surplus housing units by 2006. Following the crash, underproduction steadily chipped away at the surplus, such that inventory normalized by 2011. Continuing underpro- duction led to the housing shortage. By 2015, the shortfall was 2 million homes. By the end of 2020, it totaled 4.8 million homes. The lack of inventory is why home prices are in no danger of falling sharply.

Homebuilding activity in 2021 will be slightly above historical norms. But it will take at least a few years to correct the massive shortage. In the meantime, we expect the national median home price to rise 9% this year and another 3% in 2022. Hyperspeed homebuying should taper off by year’s end as supply improves and affordability challenges persist.

Sales slowed as listing shortages persisted in April. The low 2.4 months’ supply of inventory was the highest so far in 2021, though 40% down from a year earlier. 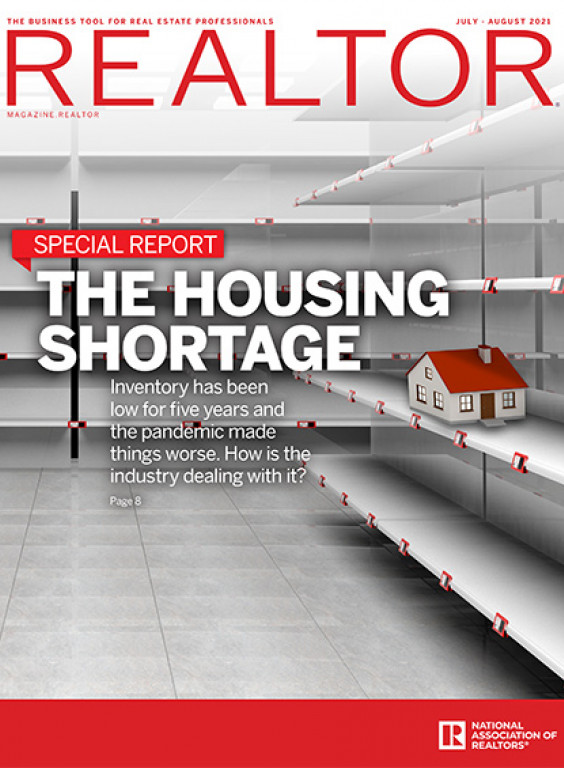 The Brighter Path Ahead