Behind the Win on Terrorism Risk Insurance

Terrorism Insurance
By: Paula Hess
While no claims have been made, the program's reauthorization has a vital role in ensuring stability in commercial lending.

(Updated 8/14/20 to clarify comments by Chip Rodgers of the Real Estate Roundtable.)

Uncertainty around the federal government’s terrorism risk insurance program was put to rest in December when Congress passed a seven-year authorization, known as the Terrorism Risk Insurance Program Reauthorization Act (TRIPRA). The legislation is critical for commercial practitioners, as terrorism insurance is a requirement in commercial loan projects and U.S. businesses continue to rely on the availability and affordability of terrorism risk insurance. It must be offered to all commercial policy holders, who then can accept or decline coverage.

After the 9/11 terrorist attacks, insurance companies immediately exited the terrorism insurance marketplace. In response, Congress stepped up to create a government backstop for insured losses stemming from a terrorist attack through the Terrorism Risk Insurance Act of 2002 (TRIA). The legislation brings stability to the commercial real estate sector and the economy.

The National Association of REALTORS® was a strong advocate in Congress for early reauthorization to avoid disruptions to the market. The association called on the House Financial Services Committee and the Senate Banking Committee to emphasize the importance of the program for commercial real estate and the economy. NAR is also a steering committee member of the Coalition to Insure Against Terrorism, comprised of industry stakeholders committed to the issue.

In the aftermath of 9/11, the economic impact of the exclusion of coverage by insurers was enormous. More than $15 billion in real estate–related transactions was stalled or canceled in 17 states because of a lack of terrorism risk insurance in the 14 months between 9/11 and TRIA’s enactment in 2002, according to a survey by the Real Estate Roundtable, a coalition of industry groups. The White House Council of Economic Advisors estimated a direct loss of 300,000 jobs during that period due to deferred construction.

Here’s how TRIA has stabilized the insurance market: If a certified terrorist attack reaches a threshold of $200 million in damages, that triggers an 80-20 deductible in which the insurance company pays 20% of the claim and the government pays 80%. The U.S. attorney general and the Homeland Security and Treasury secretaries are required to certify acts as terrorism before a claim can be paid. Terrorism is defined as an act that is dangerous to human life, property, or infrastructure and to have resulted in damage within the U.S., committed as part of an effort to coerce U.S. civilians or to influence either policy or conduct of the U.S. government through coercion.

No Claims to Date

To be clear, since TRIA’s inception, zero terrorist acts have been certified; in other words, no claims have triggered the required threshold.

Still, if the law were allowed to lapse, notes Tarique Nageer, senior vice president of terrorism placement and advisory leader for Marsh, a global insurance and risk management firm, insurers would not be required to offer TRIA coverage, resulting in a split marketplace. “Those markets would have been bombarded like a run on the banks; those first in the door would have gotten a good deal, [while] those clients who came later would not have the capacity to purchase. It could have been a very scary market for our clients if TRIA was not renewed.”

This is not simply speculation. A 12-day lapse occurred after Congress failed to reauthorize the federal backstop in 2014. Industry watchers worried that construction projects would stall if it continued, and the National Football League tamped down rumors that the Super Bowl would be canceled. The commercial real estate debt market exceeds $4 trillion, mostly held by commercial banks, life insurance companies, and investors such as pension funds owning commercial mortgage backed securities, explains Chip Rodgers, senior vice president of the Real Estate Roundtable.

“If TRIA had not been extended, the absence of coverage would essentially put these loans in technical default, a serious safety and soundness issue with regard to the financial services system. Without terrorism coverage, risk is shifted to lenders, shareholders, pensioners, and bondholders. As a result, liquidity to the sector would quickly diminish, and commercial real estate markets would face a virtual shutdown, as they did after 9/11,” Rodgers adds.

Both Marsh and Arthur Gallagher & Co., a global insurance broker, report the insurance and reinsurance market has ample capacity and participation rates. Terrorism insurance is separate from property insurance and can either be purchased on a standalone basis or embedded in the property policy. The pricing is a function of the geographic and operational exposure. Property insurance rates have been increasing due to significant losses over the past three years, but terrorism insurance as a portion of the premium has not increased, due to availability and because there have been no losses. “Having said that, without TRIPRA, it has been proven that the cost of terrorism [insurance] on the open market would be multiples of what it is now,” says Alexandra Glickman, senior managing director at Gallagher. “It’s not just commercial office buildings; it’s ports, stadiums, and refineries.” Other industries that purchase coverage include education, media, health care, retail, and financial institutions.

TRIA at a Glance

The percentage of eligible insureds, including real estate and other industries, that accept coverage, known as the take-up rate, for terrorism insurance is 62%, according to a recent Marsh survey. “Most lenders will require terrorism insurance, but tenants may feel differently based on their risk profile,” says Glickman. Real estate’s take-up rate is 75%, and those who decline policies do so after weighing their risk profiles against insurance cost.

“I’ve never accepted the insurance,” says Matt Ritchie, CCIM, president of Alexandria, La.–based Ritchie Real Estate. “The premium or rider is just high enough that it makes you not want to pay for it,” notes Ritchie, who has insured 200 properties in the tertiary market of Alexandria, La. “If I lived in a high-density metro area—New York City, Los Angeles, Atlanta—and I was a building owner, I would have to consider it.”

Nageer stresses that the $200 million threshold is an industry threshold, not a client-property threshold and presents two scenarios: First, if a terrorism event affects multiple insured properties—for example, say a bomb is detonated in a large city, affecting five insurance clients within a city block—as long as the clients average $40 million in damages, the incident would hit the trigger point.

Second, “You don’t have to be a target to suffer a loss,” he stresses. For instance, if you have a big warehouse that houses servers, and a terrorist event happens at the power generating facility two miles away, you may lose power for a long time. Revenue losses may occur when the generator or refrigeration goes down at a packaged goods warehouse or when trucks cannot take goods to a supermarket because authorities have blocked access. Adds Nageer: “If you had a terrorism policy, depending on how it was written, you could have that lost revenue covered.”

In anticipating the next threat on the horizon, Gallagher’s Glickman reveals where the insurance and risk management industry is focusing. “It’s interesting that cyberterrorism was not included in TRIPRA. A major concern now, and it is getting worse, is that a smart building can be commandeered and destroyed because a hacker can get into the systems and either flood it with the sprinklers or turn up the heating and basically burn it out,” she explains.

Rodgers, with the Real Estate Roundtable, says that the Treasury Department's Federal Insurance Office issued guidance in 2016 that confirmed that policies written in existing TRIPRA-eligible lines that include a cyber component are covered within the program. Plus, he notes, legislative history demonstrates that Congress intended for TRIPRA to include cyberterrorism.

Given the stringent certification requirements of TRIPRA, many clients are purchasing standalone property damage policies, says Marsh’s Nageer. These policies can augment or serve as an alternative to TRIPRA, as they forgo the need for government certification. Depending on how they’re written, they may also cover “lone wolf” events, property damage as a result of a cyberattack, and clients with global exposure. For example, the 2013 Boston Marathon bombing didn’t meet the TRIPRA criteria for a claim, Nageer says, but some policies responded.

Nageer says clients are expressing an interest in active shooter coverage, and Glickman reports “substantial increases in the umbrella liability market.” The perpetrator of the horrific Las Vegas shooting in 2017 didn’t leave clues revealing motivation; thus, the shooting didn’t meet the criteria for a terrorist act. “An active shooter is an exposure, sadly, but there has to be liability, and it was found that MGM and Live Nation had liability, hence, a large payout—in the hundreds of millions of dollars. Remember that insurance isn’t just for the direct property loss; it’s for injury and the loss of life,” says Glickman.

NAR and other industry groups have seven years to incorporate cyberterrorism language—and other language to reflect the evolving commercial real estate landscape and threats to the industry—into TRIPRA before Congress again votes to reauthorize the program. How TRIPRA will address the vulnerabilities of smart buildings and cyberterrorism is unclear. Meanwhile, commercial real estate can savor a victory: The terrorism insurance market is stable and has capacity and, to date, there have been no claims. 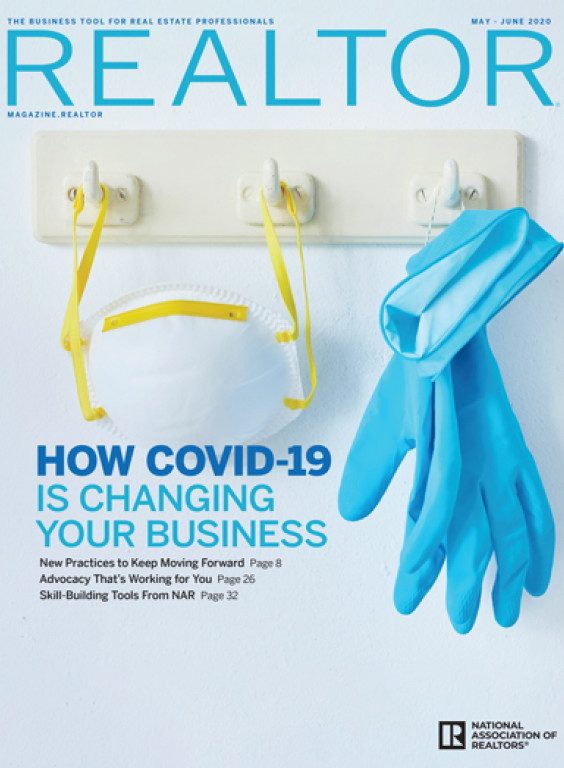