Conclusionary allegations of a kickback are insufficient to state a claim.

The borrowers placed a $5,000 deposit with American West Development (“American West”) on a home. The deposit was made contingent on the borrowers obtaining a mortgage to finance their purchase. According to the borrowers, American West directed them to contact Loan Depot about obtaining a mortgage, and Loan Depot informed borrowers that they would need to improve their credit to qualify for a loan. The borrowers failed to qualify for a mortgage by the set deadline, their contact was canceled, and their deposit was forfeited. They brought suit against American West and Loan Depot, asserting several causes of action, including a federal cause of action under the Real Estate Settlement Procedures Act (“RESPA”) based upon an alleged kickback between American West and Loan Depot. Loan Depot filed a motion to dismiss for failure to state a claim. The magistrate judge determined that the borrowers offered only conclusory allegations of a kickback, and that these allegations were insufficient to state a claim on which relief may be granted. The magistrate judge recommended that the court dismiss the RESPA claim without leave to amend.

Borrower argues for tolling of statute of limitation based on date of discovery of her claims.

The borrower closed on her first home mortgage in April 2013, and her second mortgage in July 2016. On July 13, 2018, the borrower filed a complaint against her lender alleging violations to Real Estate Settlement Procedures Act (“RESPA”) section 2605. Section 2605 addresses certain disclosures that must be made to the applicant at the time of loan application and imposes certain obligations on loan servicers. Claims for violation of section 2605 must be brought no later than three years after the date of the occurrence of the violation. The lender filed motions to dismiss, contending that the statute of limitations had run. The borrower countered, arguing that the statute of limitations for her RESPA claims should be tolled because she did not discover the basis for her claims until 2017. The court found that the 2016 loan claims were timely filed and therefore there was no basis for tolling the applicable statute of limitation for those claims. Regarding the 2013 loan, the court found no basis for equitably tolling her RESPA claims because the claims were not asserted in a timely fashion. The court dismissed the 2013 loan RESPA claims with prejudice but gave the borrower the opportunity to amend her complaint to state a viable claim with regard to the 2016 loan.

Congress did not intend for entities engaged in unlawful kickbacks and concealment schemes to successfully use the statute of limitations as a defense.

A putative class action lawsuit alleged the existence of an illegal kickback scheme in which the lender accepted payments, primarily in the form of U.S. postage stamps, from All Start Title, Inc., in exchange for referring mortgagors to All Star, a mortgage settlement services company. Borrowers alleged that as a result of the scheme, they were overcharged by All Star for settlement services. The borrowers claimed that the payment of kickbacks was a patent violation of the Real Estate Settlement Procedures Act (“RESPA”). The lender filed a motion to dismiss, arguing that they did not fraudulently conceal pertinent facts from borrowers, and that the borrowers’ claims were barred because of the statute of limitations. In response, the borrowers argued that the lenders’ active concealment of the alleged violations prevented the borrowers from being on notice of the supposed wrongdoing until more than eight years after their loan closing. The court found that the borrowers met their burden in showing that the lenders fraudulently concealed evidence of their alleged scheme. The court concluded that Congress did not intend for entities engaged in unlawful kickbacks and concealment schemes “to reap the benefits of the statute of limitation as a defense.” Additionally, the court concluded that the applicable statute of limitations should be tolled and the borrowers RESPA claim is not barred by the statute of limitations. The court further held that the borrower put forth sufficient factual allegations that the lender received kickbacks in exchange for referring a mortgagor to All Star Inc., and that these allegations were supported by invoices, forms, and emails by lenders’ employees. The court denied the lenders’ motion to dismiss the RESPA claim. 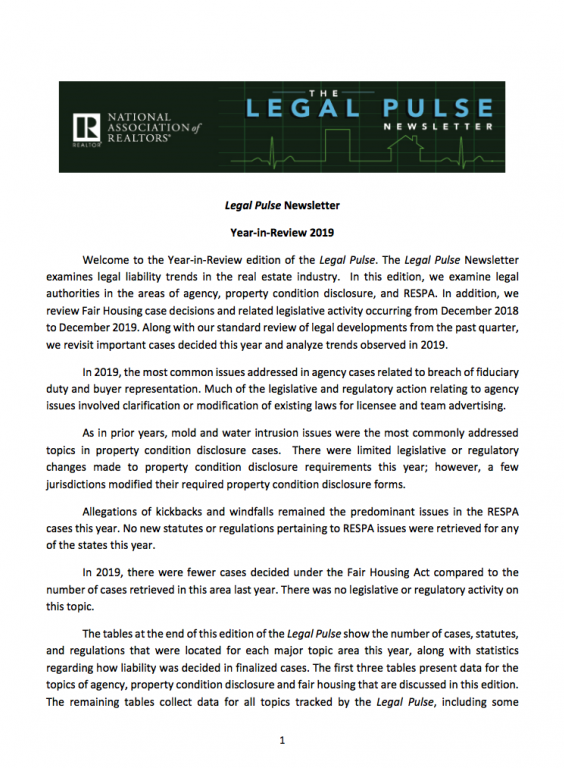