The Fair Housing topics include cases related to handicap discrimination. In one case, the apartment owner leased out part of the complex’s parking lot causing hardship for a senior with mobility issues who had to subsequently walk much farther to his residence. Another case involved a complaint against a zoning board for approving an accommodation for a sober house in the city. In addition, there was a Fair Housing complaint against an Ohio real estate developer who built several complexes which reportedly had a multitude of design and build violations.

Lender may be held liable to City for property-tax injuries pending statistical analyses supporting a finding that injuries were proximately caused by the lender’s actions.

The court held some injuries were proximately caused by the actions of Wells Fargo but dismissed all claims based on non-economic injuries, finding the City lacked standing to bring such claims. In reaching the conclusion that some injuries were proximately caused by Wells Fargo’s actions, the court considered the U.S. Supreme Court’s recent decision in Bank of America v. Miami, 137 S. Ct. 1296, and found that the statistical analyses proffered by the City were sufficient at this stage of the case. Wells Fargo’s Motion to Dismiss was denied as to the claims based on property-tax injuries and municipal-expenditure injury insofar as they seek declaratory and injunctive relief. The municipal-expenditure claims seeking damages and claims based on non-economic damages were dismissed.

Lender may be held liable to the County for patterns of predatory lending where disparate treatment and impact on minorities is proximately caused by the actions of the lender.

Cook County brought suit against Bank of America, alleging it suffered injury due to lender’s pattern of targeting minority home Buyers. Specifically, County alleged a number of predatory lending tactics, including claims that Bank targeted African-American and Hispanic/Latino home Buyers for a predatory, “equity stripping scheme” that involved, among other elements: disproportionately steering minority borrowers towards “subprime,” higher cost loans, even when they qualified for prime loans; relaxing or departing from underwriting guidelines to approve loans to high-risk borrowers likely to default; including in the loan terms pre-payment penalties that inhibited the borrowers' ability to refinance; servicing predatory loans in a manner designed to maximize defendants' profit while increasing the likelihood of default, such as by securitizing high-risk loans; denying borrower requests for loan modification under the Home Affordable Modification Program (“HAMP”) even when the borrowers qualified for HAMP modifications, and forcing them instead into more expensive, proprietary loan modifications or declining to modify the loans in a timely manner or at all; and foreclosing on loans to minority borrowers at a significantly higher rate than they foreclose on loans to non-minorities.

Applying the recent U.S. Supreme Court decision in Bank of America v. Miami, 137 S. Ct. 1296, the court found that County alleged some injuries proximately caused by alleged discrimination and that County was entitled to proceed on both its disparate treatment and its disparate impact claims under the FHA. County’s potential recovery is limited, however, to its claims for foreclosure-processing related expenses.

Plaintiff is an apartment renter, who due to diabetes and arthritis, depended on a walking cane for mobility. When plaintiff entered into his lease agreement, the property owners (defendants) assured him that he would receive accessible parking. The property owners also advertised their apartment building as being accessible to individuals with disabilities. Soon after moving in, however, property owners leased the front parking spot next to the apartment renter’s unit to a daycare center. Eventually the apartment renter received an assigned parking spot, but that spot was located a considerable distance from his unit and was allegedly partially blocked by a large piece of concrete rendering it difficult to exit the vehicle.

Plaintiff, a non-profit Ohio organization that aims to eliminate housing discrimination, alleged that real estate developer PREI, Inc. was responsible for violations of the Fair Housing Act at five multifamily apartment complexes located in and around Columbus, Ohio. Plaintiff became aware of the developments in 2014, after someone saw them on a website and noticed what she thought might be FHAA violations. That person visited several of the developments to confirm her suspicions and then sought assistance in investigating the development. Those investigation efforts included field testing and hiring several professionals, including an accessibility expert, to evaluate the developments. On August 19, 2015, plaintiff filed suit against the current defendants alleging numerous violations of the FHAA’s accessibility requirements. Both parties moved for summary judgment. The court denied both motions.

Town civic association challenges zoning board’s decision to permit the use of a single-family residence as a sober house.

Association challenged a decision of the town Zoning Board of Appeals denying its appeal of an accommodation granted pursuant to the zoning regulations and federal law to permit the use of a single-family residence as a sober house with nine unrelated recovering residents and one staff member. The Association challenged the procedure utilized by the Board in granting the accommodation and failing to require a special permit under what it claimed are the applicable sections of the town zoning regulations and the special village overlay zone in which the property is located.

The court concluded that the accommodation and procedure utilized by the town zoning official and upheld by the Board complied with the federal law’s policy to encourage and enable fair housing for those with disabilities. The accommodation made was not unreasonable, arbitrary and capricious and not in violation of the zoning regulations. It reasonably interpreted those regulations in connection with federal law and policy. The appeal was therefore dismissed, and the action of the Board sustained.

The Alabama legislature enacted the Alabama Assistance and Service Animal Integrity in Housing Act providing that if a person with a disability that is not readily apparent or known to the person’s landlord files a request for a policy exception that prohibits animals on the property of the landlord because the person requires the use of an assistance animal (that qualifies as a reasonable accommodation under the federal Fair Housing Act), the landlord may require the person to produce reasonable documentation of the disability. The Act further imposes penalties for making a false claim about the need for an assistance animal. 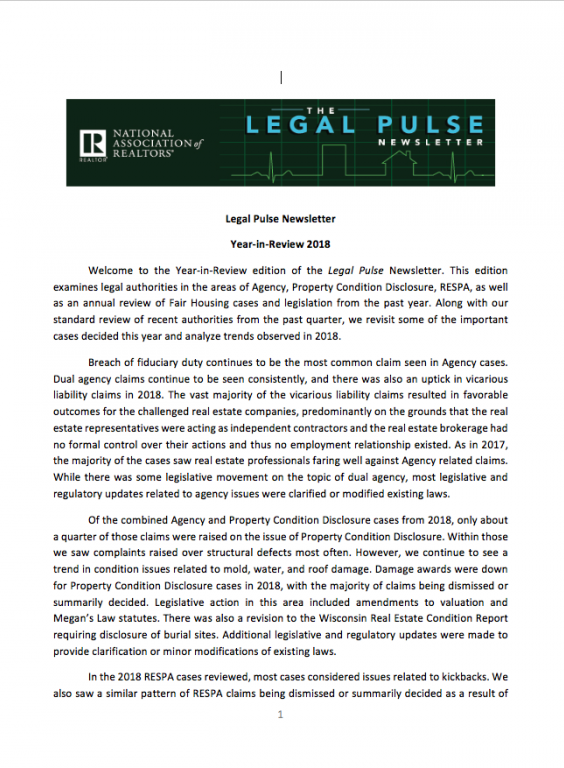