Last fall, the Pew Research Center released an interactive map on patterns of global population migration, making it easy to visualize the dispersion of nations’ people around the globe.

The numbers on Pew’s website (based on United Nations Population Division data from 1990-2013) don’t track annual rates or flows of migration, but the total number of migrants residing in each country. A person is counted as an international migrant if they have been living one year or more outside of their country of birth (includes foreign workers and international students). Estimates of unauthorized immigrants are included, but temporary workers abroad for less than a year and military personnel are not.

Pew’s interactive map provides two key pieces of information—the “to” and “from” of international migration for every country. Located at pewglobal.org/2014/09/02/global-migrant-stocks, highlights include:

Great Britain has the greatest diversity of foreign born. This is not merely by the number of countries of origin represented by their immigrants, but also by the breadth of each country’s representation. Forty-three different countries have over 50,000 people living in the U.K. (and eight of those countries have over 200,000 U.K. residents). Each continent is well represented except South America, where Brazil is the only country with over 50,000 emigrants in the U.K.

French emigrants are living in more countries than those of any other country in the world. According to U.N. data, 83 different countries have at least 1,000 French-born inhabitants within their borders. Spain and the United States are the leading destinations.

Several nations in the Persian Gulf area have immigrant populations that outnumber native-born. Within the United Arab Emirates, more than 4 of 5 people are foreign born. In Qatar, immigrants make up 74 percent of the population, while in Kuwait and Bahrain, the foreign-born comprise 60 percent and 55 percent, respectively. These countries draw large numbers of people from India, Bangladesh and Pakistan for employment in the oil industry. The immigrant population in the area has grown from 1.3 million in 1990 to 7.8 million in 2013, a 500 percent increase. But the region also experiences “part-time immigrants” who don’t come to work, but own property and come to places such as Dubai to shop, vacation, and do business. Its geographic position and development of residential real estate makes it a true gathering spot for immigrants around the globe who come to work and play. The connection between immigration and real estate is real, tangible, and is a driving force in these economies.

In sheer numbers, India has the most nationals living abroad. Fourteen million native-born Indians live in other countries, double the number that did in 1990. Mexico is a very close second with 13.2 million living outside its borders.

5. Most traveled migration path: Mexico to the United States

In 2013, there were 13 million Mexican immigrants living in the United States. That’s more than the entire immigrant population in any other country in the world.

The U.N. Population Division works with the Organization for Economic Cooperation and Development (OECD) in putting together a more nuanced picture of world migration. The OECD’s Database on Immigrants in OECD Countries brings in data on annual migratory flows of individuals being granted permanent residence in specific countries, as opposed to all immigrants. Their findings include:

6. European country with the most immigrants: Germany

With an immigrant population of 9.85 million, Germany tops all other European countries. About 1.5 million are from Turkey, having moved to Germany under work programs in the 1960s and 1970s, and later deciding to stay. According to the OECD, migration to Germany grew by over 12 percent to 450,000 from 2012 to 2013. Permanent migrants are immigrants who have acquired permanent residency rights.

7. Intra-EU migration has grown while immigration to the EU from non-EU countries has fallen.

Migration between EU states grew by double-digits in 2012 and 2013, but most was to a handful of destination countries including Germany, France and the United Kingdom. Sweden and Finland reached new highs in absolute numbers of immigrants. The EU countries generating the most emigrants were central and eastern European countries and to a lesser degree southern Europe. The OECD reports that inflows from outside the EU to the EU dropped by 12 percent in 2012.

8. Spain on a roller coaster ride

Between 1990 and 2013, the number of immigrants living in Spain went from one million to more than six million people, many drawn from Europe, North Africa and Latin America by Spain’s pre-recession booming economy. Since the recession, however, the number of new permanent immigrants obtaining residency has declined from 692,000 during 2007 to 275,000 in 2013.

9. The paradox of China

Though China is second only to Mexico in the number of emigrants it produces, China’s foreign born, as a share of its population, is among the smallest in the world. According to U.N. data, there are about 850,000 immigrants in China as of 2013 (excluding Hong Kong). In absolute terms, the number seems substantial compared to many other countries, but given that China’s population is 1.357 billion, immigrants amount to only .06 percent of China’s residents. Over half come from South Korea, the Philippines and Brazil. Of the 9.34 million Chinese living outside China, roughly half are divided between Hong Kong and the United States, and sizable numbers dwell in South Korea, Japan, Canada, Australia and Europe.

In Australia, Canada and New Zealand, labor migration is a high share of immigrant inflows because of residency requirements targeting highly skilled workers and investors. In Australia, permanent residents were up by 12 percent in 2012, and in Canada, up seven percent. 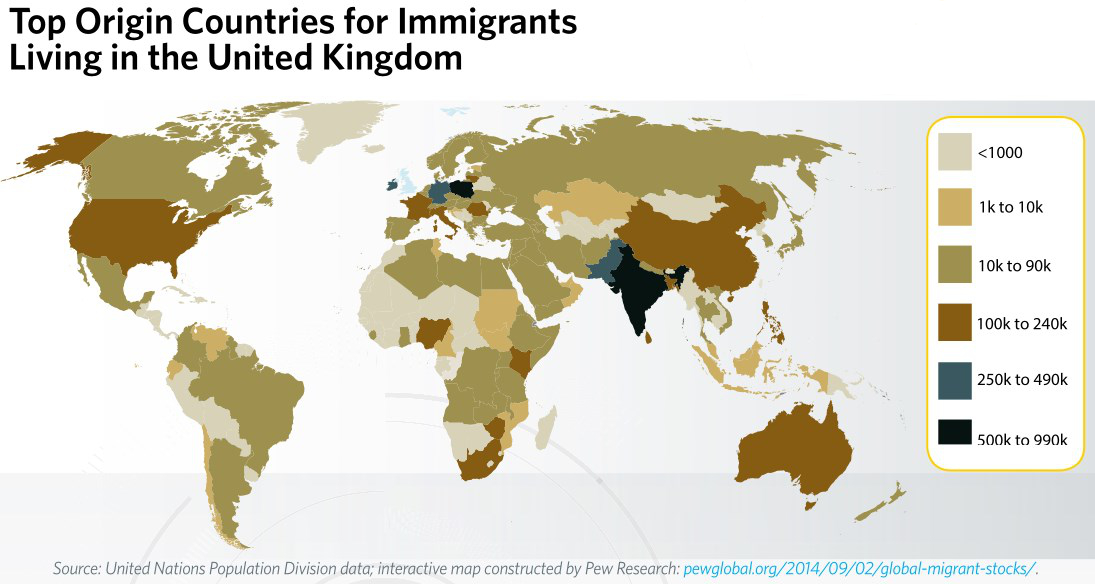 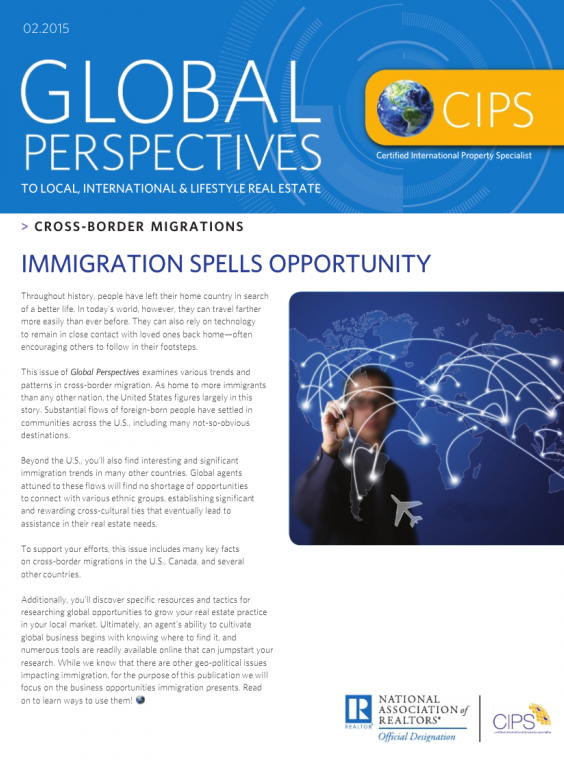 How to Spot Immigration Opportunities