In June, the U.S. Supreme Court issued its ruling in the case of South Dakota v. Wayfair, Inc., holding that states may require online retailers to collect and remit sales tax on purchases, even when those retailers do not have a physical presence in that state.

This ruling is a victory for NAR and commercial real estate practitioners, who have long been advocating for sales tax parity between online sellers and brick-and-mortar stores. Main street retailers are an important commercial sector and competing against online sellers offering goods at lower prices due to not charging sales tax has hurt their ability to grow and, in some cases, caused them to go out of business. It will also help states struggling to make up for lost sales tax money, estimated to be in the billions of dollars each year.

The Wayfair decision reverses a 1992 Supreme Court case, Quill Corporation v. North Dakota, which held that states could not require remote sellers (at the time, catalog retailers) to collect state sales tax unless they had a “nexus” to the state, via a physical presence within its borders. “Congress may be better qualified to resolve [the problem],” the Court stated. Since that decision, Congress has introduced several bills in the Senate and the House to allow states to require remote sellers to charge sales tax on purchases. NAR, which is a member of the “Marketplace Fairness Coalition” advocating for internet sales tax fairness, has long supported these measures.

The Wayfair decision opens the door for other states to enact similar laws to South Dakota’s, which will help level the playing field between retailers regardless of where they exist. The majority opinion, written by Justice Kennedy, reflects the changing nature of 21st century commerce, declaring the physical presence test is out of date and “economic and virtual contacts” with a state are enough to satisfy the nexus requirement.

This decision does limit states to the scope of the South Dakota law, which requires sales tax collection by sellers delivering more than $100,000 of goods or services into the state, or engage in two-hundred or more separate transactions for the delivery of goods or services per year.

Estimates vary, but it is agreed billions of dollars are lost each year via uncollected sales tax on online purchases (technically residents are supposed to remit that money when they file state taxes each year). States will now be able to reinvest that money into infrastructure, schools, public works projects, and other areas that make communities attractive and increase property values.

NAR is pleased with the result from the Supreme Court on this issue, and looks forward to seeing Main Street businesses once again competing on a level playing field with e-commerce retailers. 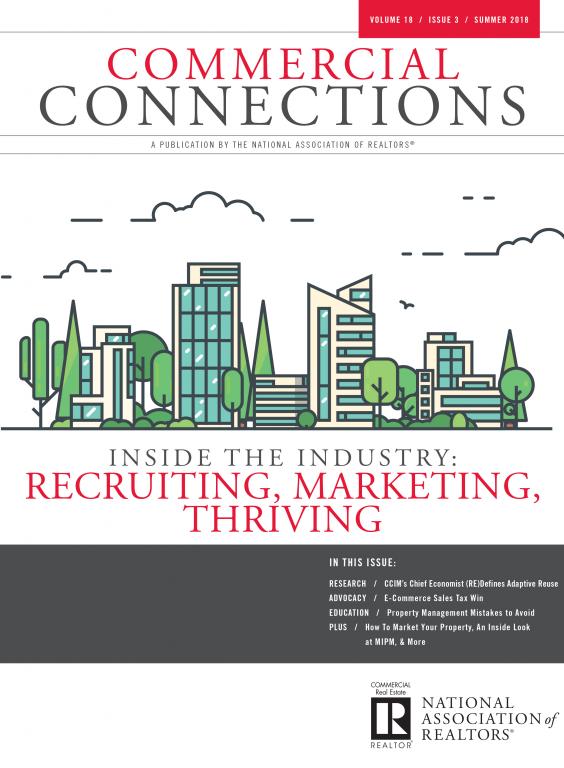 The Good News on Dues