In September, the House passed H.R. 1595, the “Secure and Fair Enforcement (SAFE) Banking Act,” sponsored by Representatives Ed Perlmutter (D-CO) and Steve Stivers (R-OH), by a bipartisan vote of 321 - 103. This legislation creates a safe harbor for federally insured financial institutions to provide banking services to cannabis-related businesses (or businesses that work with them) in states that have legalized the substance. A companion bill, S. 1200, was introduced in the Senate earlier this year by Senators Cory Gardner (R-CO) and Jeff Merkley (D-OR).

Currently, 33 states and the District of Columbia have legalized cannabis for medicinal and/or recreational purposes, and it is estimated that the industry has already brought in more than $10 billion in sales and $1 billion in state tax revenue. However, cannabis is still illegal at the federal level, classified as a schedule-1 narcotic under the Controlled Substances Act. This disparity between state and federal law has resulted in a complicated regime for businesses operating legally within states and how they conduct their finances. FDIC-insured banks cannot accept money from cannabis-businesses, or they risk running afoul of anti-money laundering laws. This includes not just cannabis growers and retailers, but also trucking companies used for transport, rent paid for storage or retail space, and many other businesses that may touch on the industry.

The result of the prohibition against banking is that where a cannabis business does not have access to other financial institutions (e.g. local banks that are not insured by the FDIC), they must operate on a cash-only basis. This creates a safety risk for both those businesses and the communities they operate in, often necessitating expensive security measures to protect the cash. In addition, it presents a challenge for those businesses to comply with the state tax laws, with some business owners having to travel several hours to get to their nearest tax office and pay their taxes – again, in cash. Finally, it makes tracking and regulating the industry that much more difficult, without the standard forms and information collection that banking provides for regulators.

By creating a safe-harbor for financial institutions in states that have legalized cannabis to work with those businesses, the SAFE Banking Act resolves many of those issues, and also provides a venue for those businesses tangentially connected to cannabis (especially the real estate sector) to grow.

In May, at the 2019 REALTORS® Legislative Meetings and Trade Expo, NAR’s Board of Directors approved policy originating in the Commercial Federal Policy Committee supporting the rights of states and their residents to create laws aligned with their own interests, and supporting businesses that are properly registered and are legitimate by state standards to have the ability to access banking services. NAR sent a letter of support for the SAFE Banking Act to the full House of Representatives ahead of its floor vote, and will continue to advocate for a markup of S. 1200 by the Senate Banking Committee and ultimately its passage in the Senate as well.

Keep up with the latest commercial real estate issues NAR is actively involved in by visiting NAR's Commercial Advocacy page.

On October 31, the House Financial Services Committee marked up and passed H.R. 4634, the Terrorism Risk Insurance Program Reauthorization Act of 2019. Sponsored by Committee Chairwoman Maxine Waters (D-CA), this bipartisan bill reauthorizes the federal program for seven years (it is currently set to expire at the end of 2020). This is an important first step in reauthorizing a program crucial to the commercial real estate sector and the economy, and with more than a year left on the current reauthorization, a good sign that this can get done before the program expires.

The Terrorism Risk Insurance Program (TRIP) was first created in 2002. Following the terror attacks of September 11, 2001, many private insurers stopped offering terrorism coverage; when it was first offered, it was often prohibitively expensive. This coverage is often required by banks for commercial developments to get financing, and the result was a slowdown in the commercial real estate sector. To remedy that, and to protect the insurance industry from some of the risk, Congress created TRIP, which is a risksharing mechanism between the federal government and private insurers. It has a “backstop” which, when hit, triggers the federal government to step in and share in the losses in the result of a terrorist attack, which has given private insurers the confidence to get back into the terrorism risk insurance space and make coverage widely available and affordable to all types of commercial buildings around the country.

TRIP has been reauthorized three times since it was first created: in 2005, 2007, and 2015. The most recent reauthorization measure included several changes to the program to reduce the federal government’s exposure to risk, including raising the amount of insured losses required to “trigger” the program, decreasing the federal government’s share in the overall losses, and increasing the mandatory recoupment amount. H.R. 4634 does not make further structural changes to the program, but does include some new requirements, including one for a study on the risk of cyber terrorism, an emerging threat against U.S. businesses and the economy.

NAR is a strong supporter of TRIP. As a Steering Committee member of the Coalition to Insure Against Terrorism (CIAT), NAR works with other industry stakeholders to advocate in Congress for long-term reauthorization of TRIP, well-ahead of its expiration date to avoid instability in the market. Earlier this year NAR sent a statement for the record to the House Financial Services Subcommittee on National Security, International Development, and Monetary Policy and Subcommittee on Housing, Community Development and Insurance for their joint hearing on the issue, stressing the importance of TRIP for all types of commercial real estate in markets across the country. Ahead of the October markup NAR sent a letter of support to the full Committee, again urging its passage. NAR will continue to advocate for a long-term reauthorization of this crucial program as it moves through Congress. 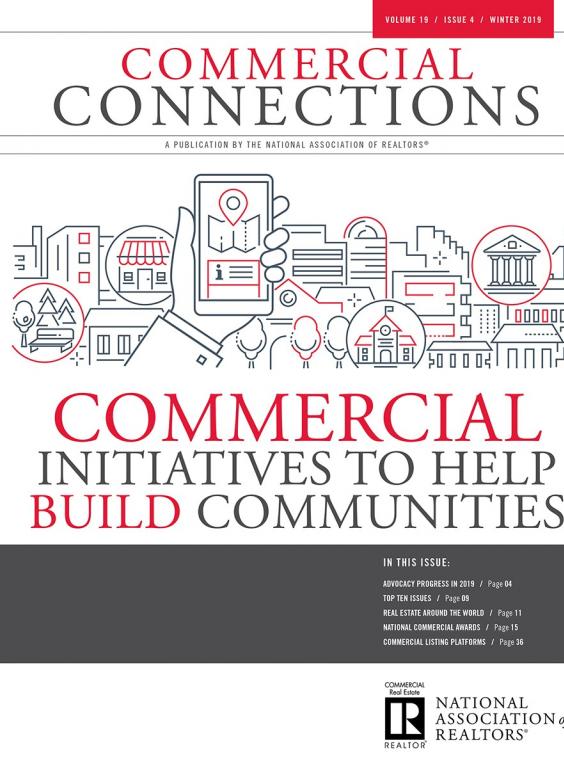