If your holiday wish list included easier access to capital for new commercial real estate projects, you may have found a lump of coal in your stocking instead.

On December 24, the market for commercial mortgage- backed securities (CMBS) was transformed with new rules that address the problem of systemic risk. On that date, Mandatory Dodd-Frank compliance by originators of bonds made up of commercial property mortgages began. The most notable new requirement is to force loan originators to keep a piece of every CMBS issued for a period of five years.

Down on the Tranches

There is a fair play idea in the regulations’ new underwriting standards. The new regs don’t merely compel the originators to hold onto the best parts of their offerings. Originators now have to keep 5% of the entire offering – at every risk level, or tranche.

In CMBS structures, there are pieces, called tranches, that are sold off to investors at prices and rates of return that reflect the relative riskiness of each piece. Total risk equals a combination of market risk plus the rules the originator writes concerning the different groupings. One example of a rule is: “A” tranche holders must get paid before “B” tranche holders, and so on – typically making the risks to investors rise as the “grade” of the offering declines.

The new regulations take the premise that systemic risk – risk to the entire marketplace and wider economy such as was on display so vividly in 2008 – rises to the degree that financial innovation allows originators to design offerings that the originators would not themselves hold or buy.

Keeping originators honest by having them “keep skin in the game” was implemented in the December 24 changes by mandating that all tranches, not just the lowest-risk ones, had to be represented within the 5% now-required holding. It becomes harder, the thinking goes, for originators to lower underwriting standards to dangerous levels, obscuring risk, and then flip the resulting security along with its hidden dangers, to random buyers.

If you imagine all the tranches represented as a list, running top-to-bottom in order of which tranche gets paid soonest, it makes sense that a risk retention regulation based on the idea of fair play would call for the sponsors to hold on to some portion of each tranche in the asset. This can be imagined as a “vertical” risk, where the issuers, in theory, are holding on to some of the riskiest investments listed – the ones toward the bottom.

As it turns out, the vertical risk structure isn’t the only one available under the new regulations. A report from law firm Orrick, Herrington & Sutcliffe dating from when the CMBS risk retention rules were being proposed in 2011, indicates that risk retention may also take the form of an “L-shaped” rather than “vertical” risk profile.

L-shaped is another way to get to 5% – it means that 2.5% of the par value of the portfolio can be defined by a vertical stripe down the aforementioned list, with the remaining 2.5% taken up by a horizontal stripe. A horizontal stripe in a list of tranches means that an entire tranche can be retained as long as it adds up to 2.5% of the par value of the entire bond. Vertical plus horizontal = L-shaped.

Commercial Mortgage Alert (cmalert.com) shows CMBS issuance volume took a significant nose-dive in 2016 over 2015, with U.S. volume down over 45%. Will December’s new rules pick up the pace in new issuances? In advance of new regulations in financial markets such as this one, trepidation about the unintended consequences of regs flows freely. But in the case of these risk retention rules, it’s the big players in the market who have the balance sheets sizeable enough to adapt to the new realities – in other words, to have the financial strength to hold on to 5% of their CMBS issuance.

While the banks who underwrite these securities aren’t the ones holding the loans on properties listed therein, the new 5% retention rule will effectively make them participants in all the securities’ underlying loans. The hope seems to be that the commercial side of the real estate industry can learn from the 2008 meltdown in residential mortgage-backed securities. High on the list of things learned might be that Wall Street’s participation in the instruments created by financial innovation can increase underwriting standards and lower systemic risk. How the new administration addresses this issue remains to be seen, but it will certainly influence the market if left unchanged. 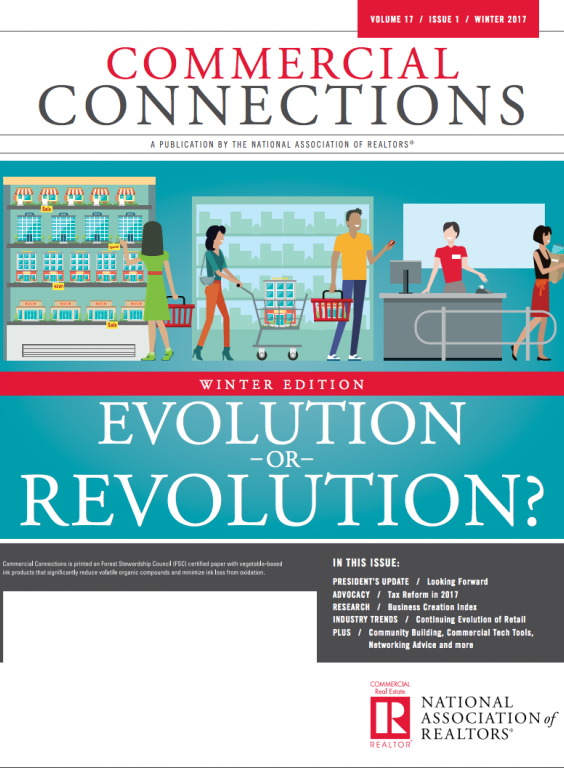