Real estate investment has become a global enterprise. Both the U.S. and Canada are on investment target lists for investors from all over the world. Global transaction activity has soared in the last few years as capital seeks solid returns, market growth and stability. Much of that activity is being directed toward the North American markets.

In fact, foreign investment in both residential and commercial real estate in both the U.S. and Canada is changing – and challenging – the market in dramatic ways. In the case of commercial real estate markets, foreign purchases of U.S. properties totaled $41 billion in 2014, according to a recent CBRE report, roughly about 11% of all investment in U.S. property assets.

Small wonder. The U.S., Germany, U.K., and Canada rank at the top of foreign investor lists for stability and security, according to the Association of Foreign Investors in Real Estate (AFIRE), in its latest 2015 survey of members. Switzerland ranks fifth.1

Improving economic conditions continue to be a motivating force in the investment decision as well. And, once again, both the U.S. and Canada are viewed most favorably.

Noting that international flows have been steadily rising into the U.S. and Canada, the Richard J. Rosenthal Center for Real Estate Studies at REALTOR® University undertook an extensive survey to discover how practitioners on the ground in both countries experienced and perceived international investment trends in collaboration with the Canadian Real Estate Association, the CCIM Institute, Institute of Real Estate Management (IREM) and the National Association of REALTORS®.

Survey results largely confirm the academic and professional literature as well as media reports. Interestingly, of non-North American clients (non- Canadian or non-U.S.), distinct patterns emerge that differentiate international investment in the two countries. Non-U.S. international investment in Canada is clearly dominated by Asian interests, with nearly half (47 percent) of Canadian survey respondents indicating that their international clients are from Asia. As noted in the Rosenthal Center report, substantial Asian clientele have been flowing into Western Canada, and practitioner responses reflect a large volume of transactions originating from Asia. A similar trend has been emerging in the Northwestern U.S., according to recent reports. About 40 percent of U.S. respondents reported that their international investors were from Asia.

Of course, it is important to note that the heaviest cross-border flows in commercial real estate continue to be between the U.S. and Canada. Canadian investors, faced with somewhat more limited opportunities for investment in prime properties at home, find the U.S. market appealing for its size and variety. For instance, Canada accounted for as much as one-third of the foreign capital invested in U.S. real estate in 2013, according to a recent JLL report.2 In 2014, the JLL report says, Canadian investment in U.S. markets rose 70 percent over the prior year. That comes to roughly $9.7 billion in property market investments, according to CBRE- with Canadian capital flowing into U.S. office markets, multifamily residential, industrial properties, and retail properties. The top ten U.S. markets for Canadian investors were, in order: Boston, Manhattan, Phoenix, Houston, Atlanta, Chicago, Washington, Austin, Denver, and Orlando.3

Flows in the other direction are strongly positive, albeit a bit more subdued, as well. U.S. investors take advantage of dollar ($CDN) valuations in Canada and the stability of the Canadian market for long-term investment. It is worth noting that Canada ranked 5th in the Global Opportunity Index, published in 2013 by the Milken Institute, for attracting foreign investment.4 As Bentall Kennedy noted that same year, “Foreign investors have … an increasing… presence in the Canadian market ... (acknowledging) the attractive qualities that make Canada a good place to invest.”5 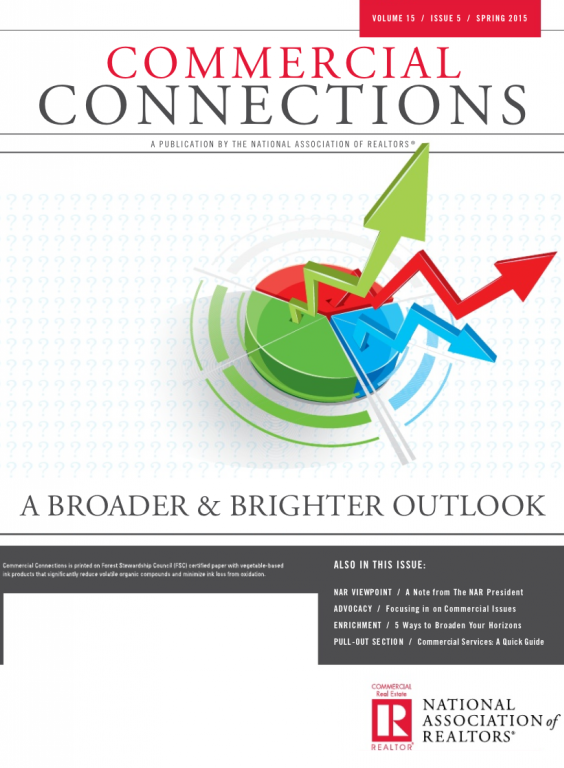