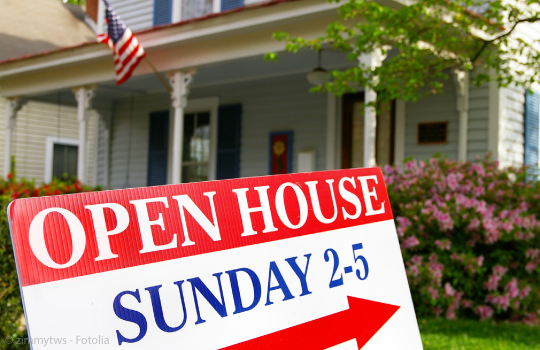 In Gilbert, the Supreme Court held that the sign code of the town was unconstitutional because it regulated various types of signs differently depending on their content, based on 23 categories of signs set forth in the code. In particular, "temporary directional signs" were regulated most rigorously, political signs were regulated somewhat less strictly, and "ideological signs" were provided the most favorable treatment. Notably, "temporary directional signs" were permitted under the Gilbert ordinance, but regulated more strictly than other types of signs: they were limited to 4 signs on a single property, could not be more than six square feet (2x3), and could not be displayed more than 12 hours before the event to which they directed attention and not more than 1 hour after. The Court broadly held that sign regulations that depend on the particular content of the signs must be strictly scrutinized and could be enforced only if such content-based distinctions in regulation of signs are consistent with the ordinance carefully and narrowly serving an important government interest. In Gilbert, the Court held that such a strict analysis of the ordinance revealed that content-based distinctions it contains were insufficiently tailored to narrowly serve the justifications offered by the town, which were to preserve town aesthetics and serve public safety. In particular, the Court held that the Town's aesthetic and safety concerns were adversely affected by signs that were not subject to the same limitations applied to temporary directional signs, and therefore temporary directional signs could not be more rigorously regulated in the order to preserve those interests.

The National Association of REALTORS® has considerable prior experience as amicus and providing financial support for challenges to various municipal limitations on real estate For Sale or Sold signs as unconstitutional under the First Amendment. NAR participated as amicus in the seminal case on the issue, Linmark Associates, Inc. v. Township of Willingboro, 431 U.S. 85 (1977), where the Supreme Court held a prohibition on real estate For Sale signs was unconstitutional. In virtually all of those cases the challenger has been successful.

The holding of Gilbert: that all content based exemptions on sign restrictions require strict scrutiny to determine if they adequately and narrowly serve important government interests - should not be understood to suggest municipalities may, or should, respond by banning outright all signs without exemption. There are at least two reasons for this. First, any broadly stated municipal restriction on all signs, without exemptions, must be justified by a compelling government interest. And while aesthetic and safety concerns have been recognized as interests sufficient to warrant some limitations on the time, place or manner of signs (size, placement, etc.), the Linmark case holds directly that real estate For Sale signs cannot be prohibited outright. So it's possible, and perhaps even likely, that real estate Open House signs would be treated similarly - subject to reasonable limits on size, placement or duration (similar to the limits imposed on temporary directional signs in Gilbert), but not subject to absolute prohibition.

Second, where a municipality asserts aesthetics or safety as a justification for regulating signs, a municipal sign ordinance exemption for Open House signs may nevertheless be reasonably warranted on the thesis that Open House signs are generally modest in number and size, and displayed for only a few hours in a day. Therefore, such signs do not unreasonably offend community aesthetic considerations in the same way that other signs not subject to similar display limits do. The constitutionality of such an exemption would only be problematic where, as in Gilbert, other types of signs, categorized by their content, are permitted without such limits. In such a case allowing display of some signs while restricting others in the interests of aesthetic considerations belies the legitimacy of that aesthetic justification, and invites a court reviewing such an ordinance to hold it unconstitutional. Associations that may be confronted with municipalities considering sign codes that do not allow brokers and agents to display Open House signs can contact NAR for more information and assistance.