The United States Census Bureau’s highly anticipated release of the 2010 data has those with an interest in the housing industry pouring over the data, analyzing demographics, reviewing numbers and scrutinizing the numbers for trends.

“Our goal is to use the new data to identify the housing needs with the product that is being produced,” said Lafayette. “In other words, we want to see if there is a need/product mismatch and/or a mismatch of where the need is versus where the housing inventory is being located.”

Charles E. Gates, communications director for the Richmond Regional Planning Commission, which is working with the RAR on the project, said the REALTORS® are “very in tune with the issue of affordable housing and workforce housing.”

“It’s nice to see that our REALTOR® association is in sync with that because they are the ones on the front lines of buying and selling homes. So they know,” Gates said.

The collaboration on the Census project isn’t the only initiative the association has underway with government partners. RAR wants to use a $5,000 Smart Growth Action Grant to help the more exurban areas of Richmond draw urban development areas — or UDAs — on their land use maps. Lafayette said they haven’t had any offers yet, but the association is hopeful that the assistance RAR offered will be tapped into. UDAs are a requirement under a transportation bill passed by the state in 2007.

And in a time of having to do more with less, the RAR is lining up a study examining the return on investment (ROI) for different planning projects funded with government dollars. Lafayette indicated she wants to compare the ROI for running infrastructure 10 miles from the city center versus the ROI on revitalizing existing neighborhoods.

“The smart growth principle at work here is that rather than trying to always locate new housing further away from the urban core, we need to look closer in for infill and reinvestment/revitalization opportunities,” Lafayette said. “Reinvestment in neighborhoods that already have infrastructure such as water and sewer will be far more economical than running that infrastructure miles and miles out.”

The Richmond Association of REALTORS® represents more than 5,800 members who live and work in the greater Richmond area. Lafayette has been at the association for more than 18 years in several capacities and now serves as its chief executive officer.

During her tenure at the association, Lafayette has worked with the REALTORS® to develop a better understanding of the need for smart growth planning principles and, as a result, she considers the association progressive. It works closely with the Partnership for Housing Affordability, which was established as a not-for-profit charity in 2006.

The Partnership for Housing Affordability’s most recognized event in the community is the annual Affordable Housing Awareness week held in April. The event has Richmond residents volunteering their time with more than a dozen local housing nonprofit partners.

RAR has worked with the Partnership for Housing Affordability on a trio of projects over the last five years that were funded with Smart Growth grants from the National Association of REALTORS®.

Last year, two reports (“Examining the Impact of Mixed-Use, Mixed-Income Housing Developments in Richmond Region” and “Sustainable Communities: Building the Future of the Greater Richmond Region”) were released and presented at the University of Richmond’s Jespon Alumni Center at a symposium on affordable housing that was attended by local government officials and business leaders. The former report was researched by the George Mason University Center for Regional Analysis. The study focused on 11 sites and found that in more than half of the areas “Home prices increased more ...than they did in other parts of the county, indicating a positive benefit associated with the mixed-income, mixed-use development.”

The RAR partnered with the Virginia Environmental Endowment and The Dennis Fund to produce the Sustainable Communities: Building for the Future of the Greater Richmond Region, which was researched and written by the Southern Environmental Law Center. That report argues that mixed use is what the public is demanding and that the developments could promote walkability, thereby reducing reliance on automobiles.

Lafayette added that, in 2012, the RAR will also examine how the location of new schools drives residential development and how building schools “in the hinterlands where the land is cheaper” is a factor in driving sprawl.

“We can and should all be on the same side,” she said, adding that it reminds her members that planned growth works to their benefit, too. “Without sustainability, none of us live to work another day,” she said. 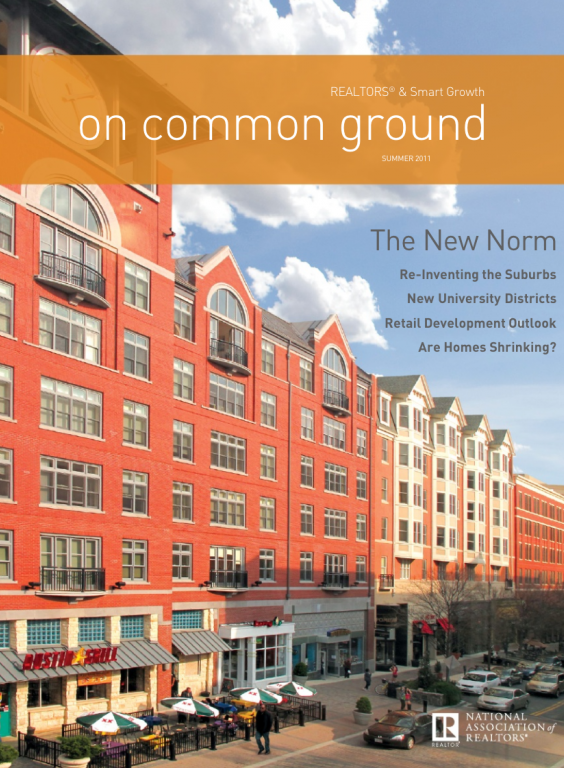