NAR President Steve Brown was at the White House today to celebrate the Federal Housing Administration’s 80-year anniversary, but the event wasn't just about looking back at the agency’s crucial role in keeping mortgage credit flowing in good times and bad. Brown was part of a panel of industry experts discussing how to keep the agency financially strong while still being the indispensable lender for millions of households who otherwise couldn’t get financing.

One of the top items on NAR's list is rolling back some of FHA’s mortgage insurance premium increases. The premium is 1.35 percent, 80 basis points higher than what it was in 2010, when it was .55 percent. Some 1.5 million households have been affected by that jump. 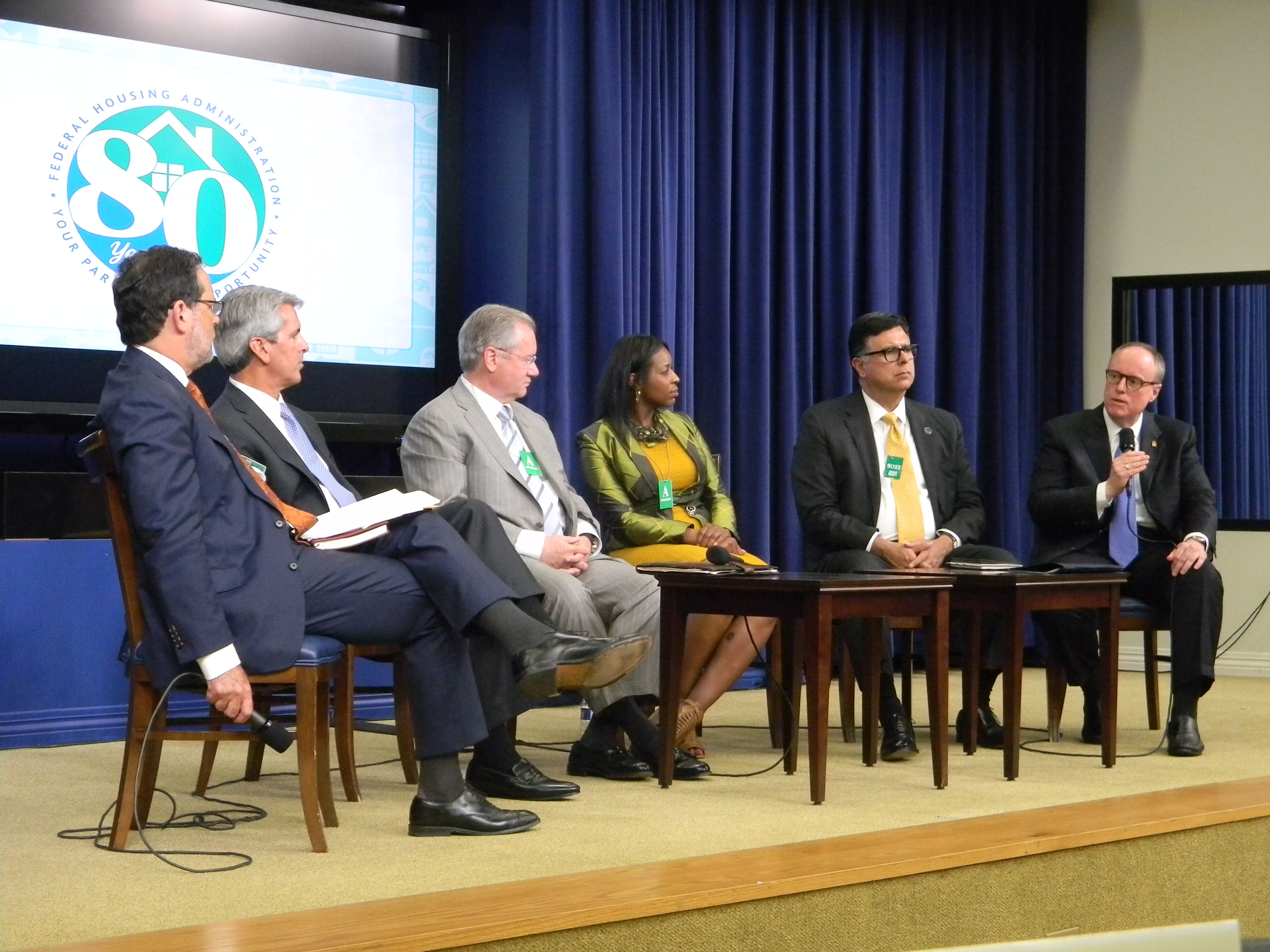 NAR President Steve Brown makes a point to other industry leaders in a White House panel discussion on maintaining the effectiveness of FHA.

The higher premiums have helped the agency shore up its finances after it took big hits against its reserves during the economic downturn. The agency stepped up in the midst of that crisis and for several years was the only real source of mortgage credit for most borrowers. Today, the agency’s reserves are much healthier. At today's White House event, Brown emphasized the need to get premiums back to an affordable level.

In May, when FHA officials met with REALTORS® at the REALTOR® Party Convention & Trade Expo, FHA Commissioner Carole Galante acknowledged the issue and announced a pilot program to bring down premiums for first-time buyers. The program is called Homeowners Armed with Knowledge, or HAWK, and it lowers the upfront premiums by 50 basis points and the annual premium by 10 basis points for borrowers who complete housing counseling (a kind of financial literacy training). They get another 15 basis-point reduction in their annual premium after two years of making steady payments. 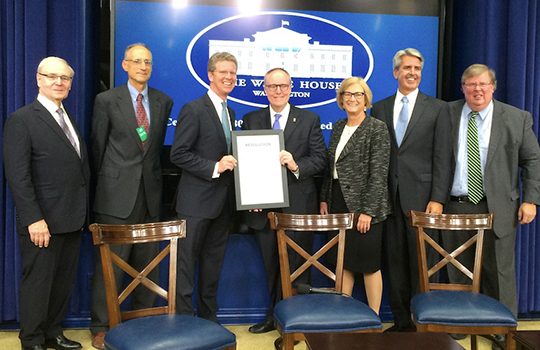 FHA and NAR: a history of working together. NAR President Steve Brown (center) at the White House to mark the 80-year anniversary of the Federal Housing Administration. He is flanked to the left by Shaun Donovan, immediate past secretary of the U.S. Department of Housing and Urban Development, and to the right by Carole Galante, FHA commissioner. They are flanked by the four most recent FHA commissioners: John Weicher, 2001-2005 (far left) Nic Retsinas (left), 1993-2001, Brian Montgomery, 2005-2009 (far right), and David Stevens, 2010-2012 (right).

The celebration of FHA at the White House was a much-deserved recognition of just how important the agency has been to the country since it was created in the depths of the Great Depression. Tens of millions of households have become homeowners because of it, and its integral role was seen in sharp relief as recently as a few years ago, when it was the only source of affordable mortgage credit during what we now call the Great Recession.

Just as REALTORS® were key to the creation of FHA in 1934, REALTORS® are key players in keeping the agency strong today. Brown, Polychron, and Stinton's presence at the White House today was a reminder that for REALTORS®, recognizing FHA's anniversary is more than a trip down memory lane. 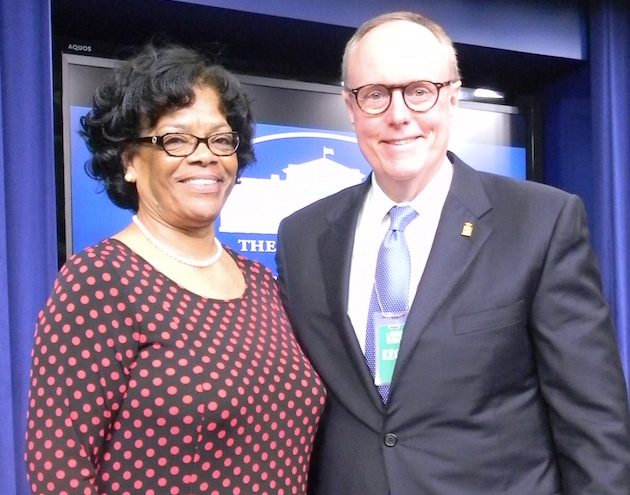 NAR President Steve Brown and Vice President JoAnne Poole at the White House to recognize the 80-year anniversary of FHA.