On behalf of the 1.4 million members of the National Association of REALTORS® (NAR), I welcome the opportunity to comment on HUD’s proposed rule implementing the “affirmatively furthering fair housing” provisions of the Federal Fair Housing Act.

NAR is committed to ensuring REALTORS® work to actively fight discrimination in their communities and provide every potential homeowner access to the home of their choice in the neighborhood of their choice. Over the last 100 years, NAR has evolved from an organization in the 1920s that wrongly supported an ethical code prohibiting integration to one that is a leading advocate for strong fair housing rights. By the 1970s, NAR was working directly with HUD to develop active programs and policies designed to promote and protect fair housing rights. Supporting inclusive communities is a standard for every REALTOR® to follow. In 2020, NAR launched its ACT! initiative which reinforces the commitment of our 1.4 million members to ongoing accountability, culture change, and training in support of this work.

In a letter to Assistant Secretary Anna Maria Farias in July 2018, NAR noted that it had previously commented and commended the U.S. Department of Housing and Urban Development (HUD) for its rules implementing the Fair Housing Act’s statutory requirement to affirmatively further fair housing. In 2015, and again, in 2018, NAR recommended revisions to the Fair Housing Assessment Tool accompanying its 2015 rule to address several flaws that made the tool less than useful for the purposes it was designed. Specifically, NAR proposed changes that would emphasize greater community participation and local decision-making in identifying and prescribing solutions to fair housing issues. Despite these criticisms, NAR supported the underlying objectives and the substance of HUD’s 2015 rule. With these changes to the Fair Housing Assessment Tool, NAR believed then and believes now HUD could effectively implement the 2015 rule.

From its inception, the Fair Housing Act (and subsequent laws reaffirming its principles) has not only prohibited discrimination in housing related activities and transactions but has also provided, through the duty to affirmatively further fair housing (AFFH), for meaningful actions to be taken to overcome the legacy of segregation, unequal treatment, and historic lack of access to opportunity in housing.

The proposed rule departs fundamentally from how HUD’s 2015 rule articulated the objectives of the Fair Housing Act’s affirmatively furthering provisions. The proposed rule emphasizes the production of quality affordable housing and the elimination of barriers to the production of such housing. NAR shares many of these interests and expressed those views in our January 2020 letter to HUD supporting Executive Order 13878, “Establishing a White House Council on Eliminating Regulatory Barriers to Affordable Housing.” We appreciate HUD’s consideration of how some of these barriers may restrict housing opportunity based on Fair Housing Act-prohibited bases.

Yet, if the purpose of the Fair Housing Act is, as the Supreme Court articulated in Trafficante, where it quoted Senator Walter Mondale, the Act’s co-sponsor, to replace segregated living patterns with “truly integrated and balanced living patterns,” and if the Act is to have a “continued role in moving the Nation toward a more integrated society,” as Justice Kennedy wrote in Inclusive Communities in 2015, the proposed rule should offer a rationale, supported by evidence, for the inclusion of each of the items the Department offers on its non-exhaustive list of “inherent barriers to fair housing choice.” Otherwise, the suggestion that HUD recipients may unquestionably affirmatively further fair housing by addressing these barriers appears arbitrarily prescriptive.

Specifically, the rule states that HUD funding recipients may identify their own fair housing obstacles or goals. The recipient “must include with each goal or obstacle a brief description of how accomplishing the goal or ameliorating the obstacle affirmatively furthers fair housing” in the recipient’s jurisdiction, “unless the obstacle is an obstacle to fair housing choice identified from the following non-exhaustive list of obstacles which HUD considers to be inherent barriers to fair housing choice.” It is self-evident how inaccessible housing denies housing opportunity to people with disabilities. There is welldocumented evidence and caselaw establishing how source of income discrimination and some zoning ordinances can perpetuate segregation and deny housing opportunity to people based on race, color, and national origin. With these, and especially the other items on this list, if they are to remain, HUD’s rule should present evidence documenting any connection between the purported obstacle and how it perpetuates segregation or limits housing availability based on race, color, national origin, religion, sex, familial status and disability. Also, how will the rule address situations where communities take these actions and they have the reverse effect of, say, concentrating affordable housing in impoverished minority communities? Without any requirement to measure the de-segregative effect of a policy change, HUD could allow communities to take actions that actually perpetuate segregation, instead of ameliorating it.

The 2015 rule required, as a foundational matter, that HUD recipients review demographic data and maps to examine patterns of racial segregation, among other things. This rule omits any examination of demographic data or maps, either before communities propose actions to affirmatively further fair housing or afterwards. We cannot imagine that HUD and its recipients can meet the affirmatively furthering obligations under the Fair Housing Act without any consideration of how past, current, and future practices exacerbate or ameliorate residential housing patterns related to the Fair Housing Act-specific bases.

In 2007, the REALTORS® stood with former HUD Secretaries Jack Kemp and Henry Cisneros and civil rights groups, as members of the National Commission on Fair Housing, where we stressed that the Fair Housing Act’s affirmatively furthering fair housing provisions promote thriving communities throughout the country and support a strong national economy. We are concerned that federal tax dollars that HUD, States, and localities could be directing towards housing and community infrastructure could instead be diverted to those entities defending against litigation challenging that HUD and its recipients failed to affirmatively further fair housing. In 2009, Westchester County, New York, faced potential liability in excess of $150 million under the False Claims Act for asserting over six years that it was affirmatively furthering fair housing. In a 2009 decision that prompted HUD to develop what eventually became the 2015 rule, the U.S. District Court Judge found the claim had merit. She wrote, “As a matter of logic, providing more affordable housing for a low-income racial minority will improve its housing stock but may do little to change any pattern of discrimination or segregation. Addressing that pattern would at a minimum necessitate an analysis of where the additional housing is placed.” Yet, HUD’s rule would eliminate the 2015 requirement for any demographic analysis of housing patterns.

The proposed rule does explicitly hold HUD recipients accountable for some practices that limit housing availability based on race, color, national origin, religion, sex, familial status, and disability. It only requires that the recipients demonstrate that no Administrative Judge or court has found discrimination against the recipient in a Fair Housing Act case brought by HUD or the Department of Justice. In essence, the new rule has changed the meaning of the affirmatively further fair housing from Congress’ original intent — that communities take positive steps to address segregation and promote inclusive communities — to one where communities must simply make a bare showing that a court has not found they have engaged in discriminatory acts, and only in cases brought by the federal government. This turns the meaning of affirmatively furthering fair housing on its head. HUD states that it is omitting consideration of cases brought by other plaintiffs out of concern that the rule itself may prompt parties to pursue litigation against the recipient, and because the recipient may settle those cases in order to continue receiving HUD funding. We think HUD, which itself is obligated to affirmatively further fair housing, should take note of any substantive discrimination a recipient may be engaged in, regardless of the identity of the charging party. We believe HUD currently would consider a finding in a Fair Housing Act case brought by a REALTOR® against a city as evidence that the recipient is not affirmatively furthering fair housing. The proposed rule should not retreat on this principle. The legislative history, the caselaw, HUD’s existing program regulations, and HUD’s 2015 AFFH rule establish that the Fair Housing Act’s affirmatively furthering provisions require recipients to take fair-housing-related actions that go beyond mere adherence to its nondiscrimination provisions.

As recently as October 2019, when NAR provided comments on HUD’s disparate impact rule, NAR expressed its support for measures that ensure that America’s diverse population has access to a range of neighborhoods, and explained how this benefits our members. Neighborhoods benefit from a wide range of diversity, translating to educational and commercial benefits for the greater community. Community-based issues, such as lack of access to quality education, healthy communities, and economic opportunities, are barriers to equal housing opportunity. Disparities in communities affect the ability of REALTORS® to serve those markets. Leadership in this area is critical if we are to expand homeownership among Asian Americans, African Americans, and Hispanics, all of whom trail white Americans in homeownership. The homeownership rate for African Americans remains at basically the same level it was in 1968 and many communities remain nearly as segregated as they were in 1968.

Discrimination studies and actions have generally focused on the real estate transaction. It is clear that eliminating discrimination must include a commitment to keeping discrimination out of each real estate transaction. With our ACT! initiative, as REALTORS®, we are doubling down on our commitment as real-estate industry leaders to combat such discrimination. However, the communities in which we live, work, and buy property often affect the choices that homebuyers, home sellers, tenants and landlords make with respect to their transactions. The quality of schools, public safety, proximity to transportation, jobs, shopping, and countless other aspects of community life figure prominently in most people’s search for housing. HUD and its State and local partners have great power to shape communities for the benefit of all of us. We urge you to consider our comments as we all strive to give force to the full promise of the Fair Housing Act. If you have any questions or concerns, please do not hesitate to contact me or Bryan Greene, Director, Fair Housing Policy at (202) 383-1114 or BGreene@nar.realtor. 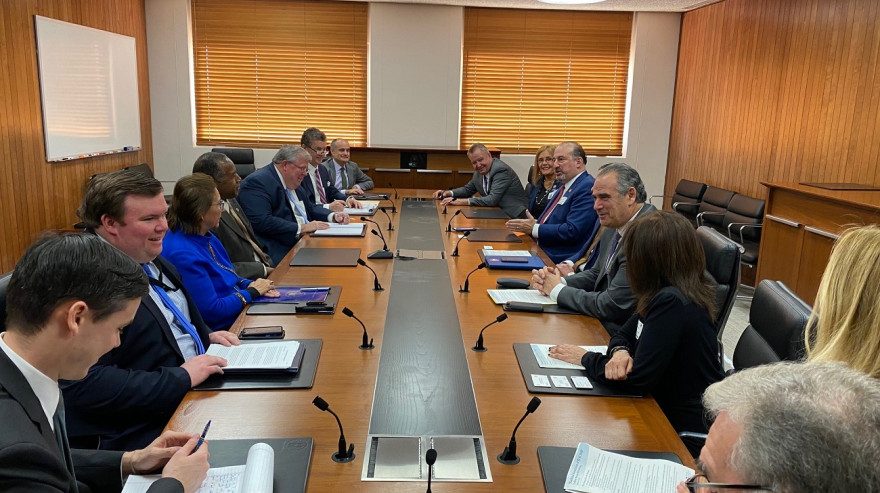