For a number of years, the Consumer Financial Protection Bureau (CFPB) has been working to harmonize the Real Estate Settlement Procedures Act (RESPA) and Truth in Lending Act (TILA) disclosures and regulations. The final Know Before You Owe (KBYO or TRID) rule has helped clarify real estate sales transactions, but initially faced many questions, complications, and costs related to the implementation that began on October 3, 2015.

On July 7, 2017, the CFPB released a final rule amending the TRID mortgage disclosure rule and clarified the ability to share the CD with third parties - a victory for real estate professionals nationwide. The final rule became effective on October 10, 2017, with mandatory compliance required by October 1, 2018. At the same time as that final rule was released, the CFPB issued a proposed rule looking at the outstanding "black hole" issue related to creditors' ability to use a CD to reflect changes in costs imposed on consumers. A final rule on this issue became effective on June 1, 2018, offering additional needed clarity to the lending industry.

The CFPB continues to update its TILA-RESPA Integrated Disclosure Frequently Asked Questions (FAQs), which provides guidance to help ensure compliance with TRID-RESPA Integrate Disclosure Rule and analyze the effectiveness of the rule, to consider changes in the future.

More Consumers Are Optimistic About Their Income Outlook
January 18, 2022

Lead the Way to a More Diverse, Equitable, and Inclusive Future
January 18, 2022 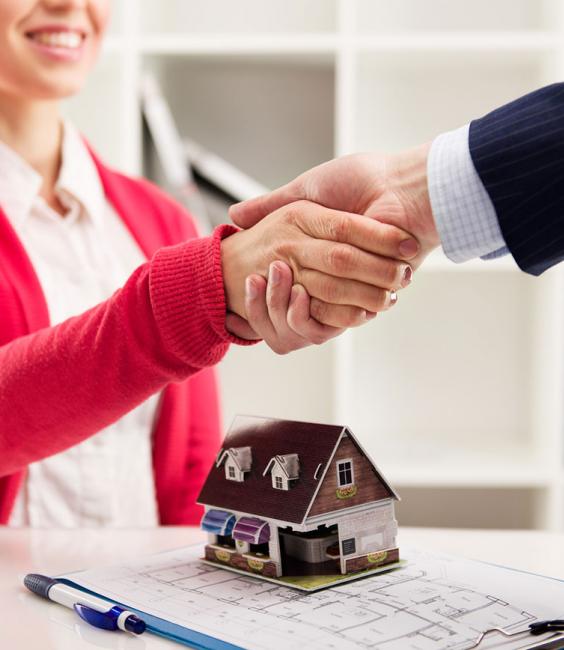 RESPA provides consumers with improved disclosures of settlement costs & to reduce the costs of closing by eliminating referral fees and kickbacks. 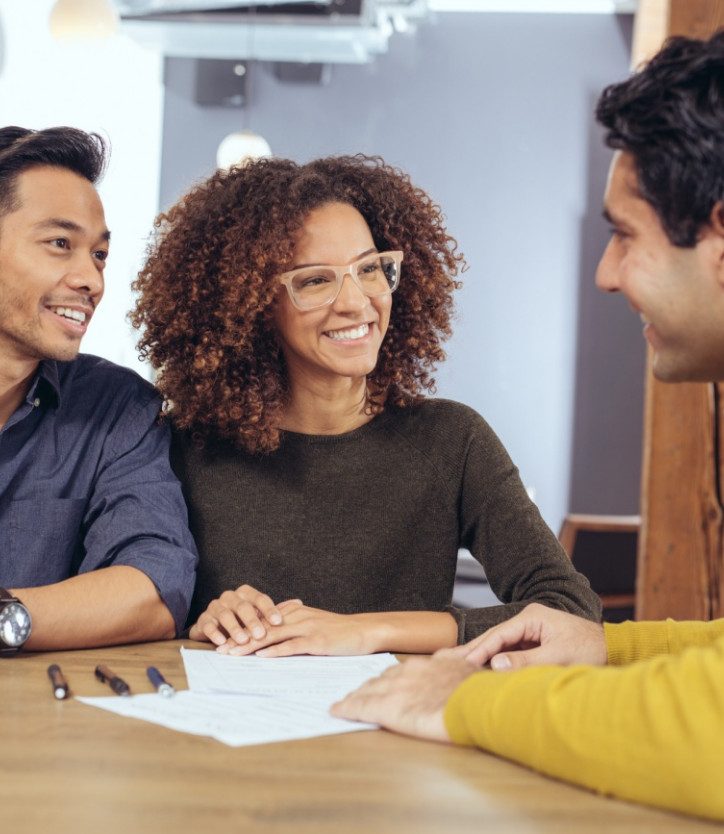 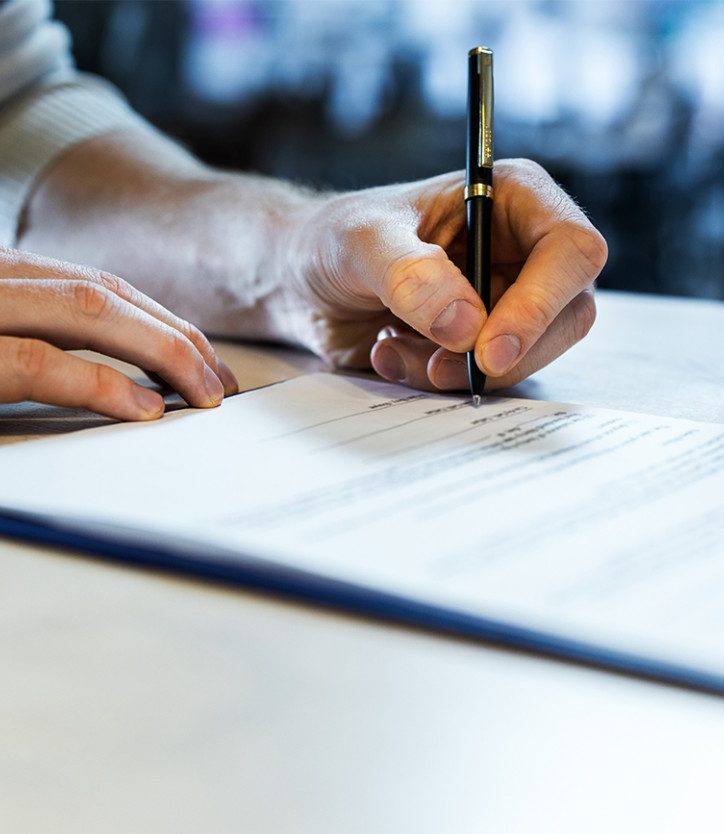 Check out NAR's TRID closing disclosure summary, which provides an overview of buyer/seller CDs and disclosure to real estate professionals. 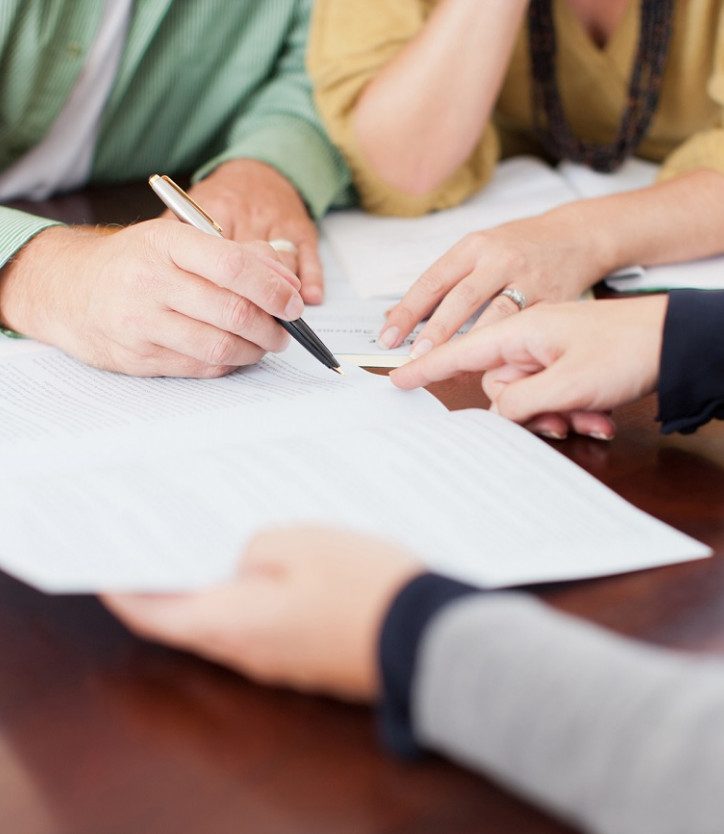 For a number of years, the Consumer Financial Protection Bureau (CFPB) has been working to harmonize the Real Estate Settlement Procedures Act (RESPA) and Truth in Lending Act (TILA) disclosures and regulations. The final Know Before You Owe (KBYO or TRID) rule has helped clarify real estate sales transactions, but initially faced many questions, complications, and costs related to the implementation that began on October 3, 2015.

The new KBYO integrated disclosures replace the long-standing Good Faith Estimate (GFE) and HUD-1 settlement statement. Like any new process, there has been a learning curve with unanticipated hurdles. This uncertainty has generated a degree of risk aversion on the part of lenders that has led to a more tightly lender-controlled closing process. Of concern is a requirement that the Closing Disclosure (CD) be issued three days before closing, what adjustments can be made to the CD after it has been issued, and the potential delays that could result. Additionally, agents have reported reluctance by lenders and title companies to share the CD out of fear of liability for disclosing clients' nonpublic personal information. The CFPB has been working to address these outstanding concerns through subsequent rulemakings since 2015.

The final Know Before You Owe (KBYO) mortgage disclosure rule was issued November 20, 2013, and went into effect on October 3, 2015.

In the final rule, the CFPB largely addressed NAR’s major concerns regarding the proposed 3-day waiting period to close transactions and dropped many provisions including the “all in” APR that would have been problematic. However, concerns of possible closing delays and how the mortgage transaction interacts with the real estate transaction remained. For instance, real estate agent access to the CD continued to be problematic as lenders argued that the privacy requirements of the Gramm-Leach-Bliley Act (GLBA) or Regulation P prohibited them from releasing the CD to the real estate agent. However, an exception to the law and regulation already allows lenders to distribute the CD to third parties, including real estate professionals, which was eventually clarified by the Bureau thanks to advocacy efforts by NAR

Upon the proposal stages of the rule, NAR strongly advocated for a period of restrained enforcement and liability for the rule. It was through NAR member efforts during the 2015 REALTOR® Legislative Meetings that almost 300 U.S. Senators and Representatives signed a letter to CFPB Director Richard Cordray asking him to grant a period of restrained enforcement, which the CFPB subsequently granted. In June 2016, NAR sent a letter to the CFPB requesting guidance on several concerning issues still causing problems for consumers and industry, including seeking: clarity on lenders’ ability to share the CD with third parties; insight on revising the CD to reflect changes in circumstances (the so-called "black hole"); and extension of post-consummation timelines to correct minor errors to reduce impact on the secondary market.

On July 29, 2016, the CFPB issued a proposed rule addressing some of these concerns. As advocated for by NAR, the CFPB included explicit language acknowledging that sharing the CD with real estate professionals is permitted under existing privacy laws (GLBA and Regulation P). Thus, the KBYO rule did not impact the existing privacy law exception that allowed for CD sharing. Therefore, lenders that continue to show reluctance in sharing the CD out of fear of liability for disclosing clients’ nonpublic personal information remains unwarranted.

On October 18, 2016, NAR sent a letter to the CFPB commenting on the latest proposed rule urging the CFPB to: (1) emphasize that lenders and title agents should share the CD with real estate agents, in accordance with existing privacy law and regulation; (2) ensure lenders are able to revise the CD to reflect valid changes in circumstances; (3) extend post-consummation timelines to correct minor KBYO errors; and (4) implement additional modifications to decrease consumer and industry uncertainty.

On July 7, 2017, the BCFP released the final rule amending the “Know Before You Owe” (KBYO or TRID) mortgage disclosure rule and clarified the ability to share the CD with third parties - a victory for real estate professionals nationwide. The final rule was became effective on October 10, 2017, with mandatory compliance required by October 1, 2018.

At the same time as the final rule was released, the CFPB issued a proposed rule looking at the outstanding "black hole" issue related to creditors' ability to use a CD to reflect changes in costs imposed on consumers. On October 10, 2017, NAR sent a letter to the CFPB commenting on the proposed rule, advocating for lenders’ flexibility in being able to reissue a CD to determine if a closing cost was disclosed in good faith, regardless of when the CD is provided relative to consummation. NAR explained the advantages to having information early on in the closing process, which helps facilitate improved communication and an overall more transparent process for the consumer. A final rule was issued on April 26, 2018, and became effective June 1, 2018. Since that time, the CFPB has updated its TILA-RESPA Integrated Disclosure Frequently Asked Questions (FAQs), which provides guidance to help ensure compliance with TRID-RESPA Integrate Disclosure Rule.

In the fall of 2019, the CFPB began its five-year assessment of the TRID rule, as mandated by law, to examine the implementation costs and regulatory benefits since the rule was enacted. A Request for Information (RFI) was issued, which NAR provided comments following extensive outreach to members on the effect of the rule on consumers and their businesses. For example, there continues to be frustration with the mandatory three business-day waiting period that occurs when there are certain changes made after an initial disclosure has been provided. NAR advocated for more flexibility for consumer waivers to protect against unnecessary delays and frustrations with this waiting period. The Bureau issued the five-year lookback assessment on October 1, 2020, which reported how the TRID rule improved consumers’ experience to locate key mortgage information and compare mortgage offers. The CFPB also published a Data Point that examined changes consumers face regarding terms and costs of a mortgage loan throughout the transaction. There, the CFPB reported that almost 90 percent of mortgage loans involved at least one revision, 62 percent received at least one revised LE, and 49 percent received at least one corrected CD. The Bureau will use this information in determining future changes to the rule, which NAR will continue to provide feedback.

NAR Library & Archives has already done the research for you.

Before you search elsewhere, take advantage of the research we've already done for you. Formerly known as Field Guides, References tabs contain links to external articles, titles from the NAR Library eBooks collection, websites, statistics, and other material to provide a comprehensive overview of perspectives on each topic. EBSCO articles (E) are available only to NAR members and require a password.

The Consumer Financial Protection Bureau’s “list of commonly asked questions and answers on particular topics to assist in understanding and complying with the TRID rules.”

Guidance on how TRID regulations apply to common issues regarding combined and separate Closing Disclosures and an agent’s ability to obtain settlement information for both parties to the transaction.

Information and printable resources for real estate professionals to help their clients understand CFPB’s “Know Before You Owe” mortgage initiative.

“A lack of regulatory guidance after the historic holiday’s rapid enactment raised questions about the definitions of “holidays” and “business day,” which impact the timing of disclosures and rescission periods required by the Truth in Lending Act and TILA-RESPA Integrated Disclosure (TRID) timing requirements in connection with residential mortgage transactions.”

The recent update to CFPB’s TRID FAQ document addresses “a partial exemption added by the Building Up Independent Lives and Dreams Act (BUILD Act) that became law in January 2021. Before the adoption of the BUILD Act, Regulation Z under TILA already included a partial exemption from the Loan Estimate and Closing Disclosure requirements of the TRID rule for subordinate housing assistance loans that met certain conditions. The BUILD Act added a partial statutory exemption from such requirements for similar transactions”

CFPB’s 5-year assessment of the TRID rule evaluates the rule’s effects on consumers, firms, and the market. Among the report’s findings is an improved consumer experience in locating key mortgage information and comparing mortgage offers.

NAR’s survey of member experiences with TRID or “Know Before You Owe” disclosures finds that “overall, respondents have not observed any change in their or consumers’ general experiences or behavior. However, thirty percent reported that their ability to close a transaction on time has decreased slightly due to TRID.”