America’s home builders are getting back to work. Through the first eight months of 2013, residential construction starts grew to an annualized rate of 891,000 units — up 19 percent year over year, according to the U.S. Census Bureau and Department of Housing and Urban Development (HUD).

All signs suggest the numbers will keep moving north. The National Association of Home Builders (NAHB) forecasts housing starts to hit 1.15 million in 2014 and 1.52 million in 2015, which is the historic average and a big bounce from the basement of the housing downturn in 2009 when housing starts dipped to 554,000 units — the fewest in half a century.

Yet just because the sawdust is flying again doesn’t mean home building is picking up exactly where it left off. This is not the same economy and not the same population based on the resources, priorities and mindsets of buyers and renters. It stands to reason it isn’t the same home-building environment, either.

The revival of home building is a tale of two sectors — single-family and multi-family. While new construction plunged in both sectors during the downturn, multi-family housing began to recover first. After bottoming out at 98,000 units in 2009 and treading water at 104,300 units in 2010, multi-family starts (five-plus units) shot to 167,000 in 2011 and 234,000 in 2012, according to HUD/Census Bureau figures. The seasonally adjusted annual rate through the first eight months of 2013 was 252,000.

While multi-family housing starts have captured a greater share of residential construction than normal the past few years, the ratio is gradually reverting to historic norms as single-family starts accelerate, said Steve Melman, director of economic services for the NAHB. In 2012, multi-family starts (five-plus units) accounted for 30 percent of housing starts, but by 2015 are expected to account for only 21 percent after single-family construction grows to 826,000 units in 2014 and 1.16 million in 2015, according to the NAHB.

The trend within the trend of the multi-family surge is the tilt toward apartments versus condominiums. Condos accounted for between 20-30 percent of multi-family construction (two-plus units) for 20 years before spiking to 40 percent-plus between 2004 and 2007, according to the Census Bureau. When the housing downturn hit, condo construction spiraled and has yet to reclaim its historic share of multi-family housing starts. Today, the ratio is 90 percent-plus apartments and less than 10 percent condos.

With the exception of certain urban markets like Boston and Seattle, condo construction will probably remain muted for the next year or two — maybe longer — said Mark Obrinsky, chief economist with the National Multi Housing Council (NMHC).

Overall, however, multi-family constriction should keep on trucking because there’s enough demand — if not necessarily enough financing and investor appetite — to build as many as 350,000 units of predominantly rental housing a year, Obrinsky said. “New household formation is rebounding from recession lows and for the time being there is greater interest in renting than before the housing bubble burst,” he said.

The bulk of new households are formed by two populations with more influence on housing than ever: young people — today’s vast Generation Y — and immigrants — whose numbers are climbing again after falling during the recession. While both populations always have rented in swarms, today’s tighter lending standards and the ghosts of the foreclosure crisis have put an exclamation point on that fact, Obrinsky said.

Another ongoing demographic trend also figures to sustain multi-family demand, Obrinsky said. The share of single-person households has grown — from 17 to 27 percent — while the married-couples-with-children share has dwindled — 40 to 20 percent — every decade since 1970, according to the Census Bureau. “Those trends should continue for a little while into the future,” he said.

The shrinking number of married couples with children mirrors the aging of the Baby Boomers (born between 1946 and 1964) — 75 million strong and increasingly composed of empty nesters. “When they get ready to downsize are they going to stay in their large suburban home? My guess is a lot will stay there, but it’s a big generation,” Obrinsky said. “Where will (the rest) go?” Although the migration has yet to reach takeoff speed, many Baby Boomers could land in multi-family housing, he said.

The dynamic that unites both multi-family and single-family housing is a stronger interest in more central locations closer to jobs, services and transit. “We don’t have good data on the ratio of urban and infill development, but obviously it’s greater,” said Melman.

The ULI survey reported strong demand for infill development near jobs, services and transit — especially among the nearly 80 million members of Generation Y (born between 1979 and 1995). As they form households and raise families, they are the generation most likely to have the most profound influence on development.

Jed Kolko, chief economist with the real estate website Trulia, has a different take on why builders might be more focused on infill than they once were. “It has less to do with changing demographics than the amount of overbuilding of single-family homes in the (outlying) suburbs during the bubble,” he said. “Those are the areas where there are still a lot of houses.”

Part and parcel to that is the reluctance of lenders to finance projects on the outskirts after seeing the housing markets in distant suburbs struggle the most during the recession, Melman said. “Builders use to say we’ll build it and let (buyers and tenants) come, but I don’t think lenders believe that anymore,” he said.

A shortage of first-time home buyers — who traditionally create a strong market for starter homes in the outer suburbs but now struggle to qualify for loans — also comes into play. They typically account for 40 percent of home purchases, but now account for less than 30 percent, according to monthly sales reports from the NATIONAL ASSOCIATION OF REALTORS®.

Ian Wild, director of market research at home builder PulteGroup Inc., agrees that many would-be first-time buyers are handcuffed right now. “Overall, the U.S. economy has hurt the first-time buyer,” he said. “The move-up buyer is in a much better position.”

Good schools, as always, trump everything for most move-up buyers of single-family homes. “If they have to trade off other things, they’ll do it,” Wild said. Still,

PulteGroup took advantage of post-recession price reductions to shop for infill sites that offer it all, Wild said. “If we can get people within 15 to 20 minutes of an urban center, that makes their life easier,” he said. “Post recession, we had opportunities that weren’t available to us in 2005-2006.”

The changing retirement plans of Baby Boomers also factor into PulteGroup’s infill efforts. Instead of building large destination communities where retirees can migrate to spend their golden years in the sun, the company’s Del Webb division is building more and more small communities in metro areas because many Baby Boomers say they want to retire near where they already live, Wild said.

The ongoing expansion of rail service is yet one more post-recession housing catalyst. “They keep pushing the lines farther into the suburbs. As that happens, we’re following them out or are just ahead of them locking up opportunities for later on,” Hartman of Toll Brothers said.

It would be a mistake, though, to paint the heightened focus on infill development as an either/or proposition for builders. After “overlooking” infill opportunities in the past, Toll Brothers now seeks them out, but not at the expense of other development types. “It just adds to the menu of what we offer,” Hartman said.

Generalizations are problematic because so much varies from market to market, said Steve Ruffner, president of the Southern California Division of KB Homes. In the SoCal interior, for example, traditional suburban development continues. On the coast, it’s all about infill and density because communities there are largely built out yet need to add housing to meet consumer demand and satisfy state planning policies, he said.

One generalization does hold water. Home sizes are headed back up. After falling for three straight years from 2007-2009, they’ve risen for three straight years to an average of 2,521 square feet, according to the Census Bureau. “I would say size has gotten bigger because affordability has improved,” Ruffner said. “In our surveys, buyers say they want the most house they can afford.”

That could be partly due to the mushrooming number of multi-generational households, which have been on the rise since 1980 and now total more than 50 million, according to the Census Bureau. A 2012 survey by the PulteGroup reported that 31 percent of households anticipated at least one adult child moving back home and 32 percent anticipated an aging parent living with them.

The other explanation is that more homes built in the last few years reflect the preferences of people with good credit and the ability to make larger down payments — typically wealthier buyers who can afford larger homes. 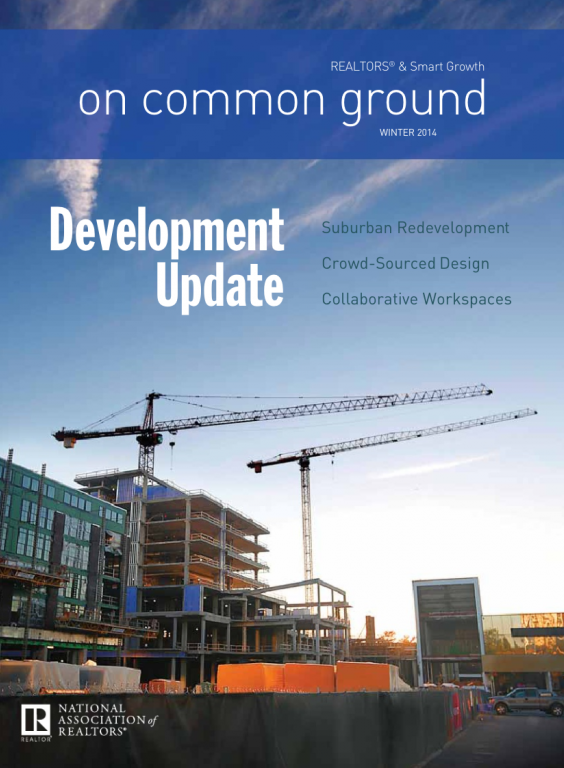