Update on Upstream: MLSs Take a Seat at the Table

Alex Lange has spent months crisscrossing the country to explain Upstream—the broker initiative to harness and optimize listing data—to MLSs, associations, and brokers. But if you missed the Upstream CEO’s presentations or monthly webinars, here’s a snapshot of where the project is today and what it aims to accomplish.

Upstream is a simple, streamlined platform where brokers enter, manage, store, and distribute listings and other data. The impetus and driving philosophy is that listing data belongs to the broker and that in recent years, portals, syndicators, and even online data pirates have weakened brokers’ ability to control and monetize that data.

The core message to AEs, he said, is that the brokerages themselves are saying they are the fiduciaries of their listing data—the only people who have any legal liability if something were to go wrong—and so they want to be more intentional about how that data is being used.

However, MLS and portal technology has come a long way toward managing and protecting data with no national standards among the hundreds of MLSs.

“I’m still surprised by how many people think Upstream is an attempt to create a national MLS. It’s not,” says Lange. “NAR is helping fund the effort because its dues-paying members really want this, and if NAR didn’t build it, someone else would.”

Upstream is 100 percent owned by its broker members. NAR is paying $12 million over two years to fund construction of the Advanced Multi-list Platform, Upstream’s data entry and distribution technology, but NAR does not have control of Upstream or its products. AMP is a product of REALTORS® Property Resource, which is owned by NAR.

The way the system is configured, a broker enters listing data into Upstream, which is the single point of entry for the data. “The broker could have an agreement with

realtor.com® allowing that portal to pull its data or parts of its data from Upstream. Same with Zillow, a homes magazine, and on and on,” says Lange. “The broker says who gets what and when. Even the franchisor is downstream from the broker.”

Originally the plan was that MLSs would pull data from Upstream. But in April, the Upstream board voted to allow a change that is significant to the MLS community, says Lange. “We will work with RESO and the MLS community to allow a two-way sync between Upstream and the MLS, instead of the MLS pulling data from Upstream.” Rules regarding which system update overwrites others are still being written. (Attend a live demo at the NAR Legislative Conference & Expo at the Upstream booth.)

The MLS maintains the practitioner-to-practitioner cooperation and compensation systems, VOWs, and IDX. “But when it comes to sending listing data outside of that system to third parties, whether it’s a marketing vendor or even their own internal accounting system or listing portal, brokers say they want to be deliberate about how that data is being used,” Lange explains.

Unlike most MLSs, Upstream will allow brokers to control what data goes to which vendors, when, and how. For example, a broker’s print postcard vendor doesn’t need a full 200-field data feed, but it does need the high-resolution photos that don’t have a watermark. Brokers can uniquely watermark each photo depending on where that photo is distributed. This enables brokers to better hold vendors accountable for data leaks and misuse. Upstream also enables brokers to set the timing of data distribution if, for example, they want their franchise portal to get listings 12 hours before Zillow.

Other industry products (from portals, brokerages, MLSs, and software vendors) have emerged recently to compete with Upstream. “Every entity creating their personal Upstream is fighting to obtain a significant critical mass of data to ensure they become the standard for data management and control,” Lange wrote recently on the Upstream blog. But “ask yourself: Who is most likely to have the best interest of the brokers and sales associates at heart?”

Retsly and Bridge Interactive from Zillow, feature by feature, feel very similar to Upstream, but they put the MLS, not the broker, in control of the data, Lange says. “There’s no granularity on those platforms for the broker.” For example, a broker can’t determine on a listing-by-listing basis where the data goes, and there’s no control over the timing.

Many new developments and those on the drawing board for Upstream have come from cooperating MLSs, says Lange. “We launched a new MLS advisory board and some of our best ideas have come from them,” he says. To better align with MLSs and give them a seat at the board, Upstream’s directors will vote on creating an MLS member category.

“The original founding brokerages took the stand that they were going to do this with or without the MLS community, but have since evolved to understand that we all need to work together,” says Lange. “We’re no threat to the MLSs. Our charter is to never compete with MLSs in any way.” 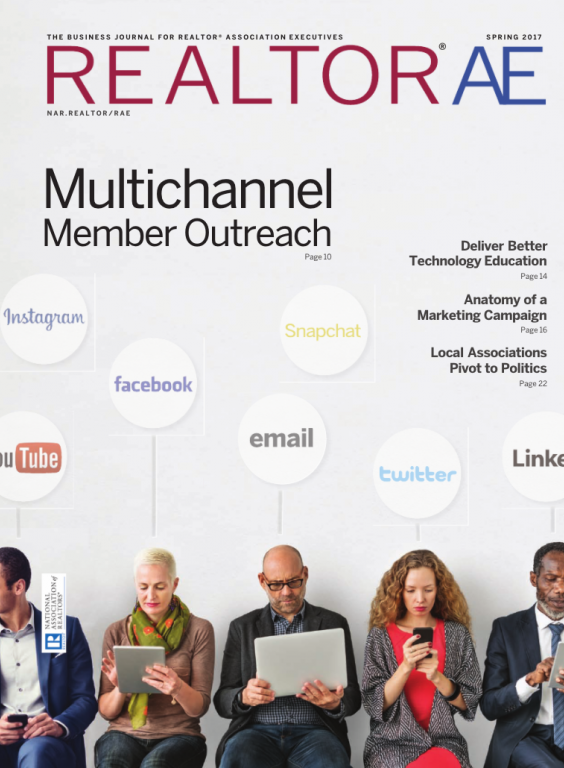