By: Carolyn Schwaar
Members benefit as associations vie to expand their size and influence.

Of the 30 REALTOR® association mergers in the past two years, many were prompted by the Core Standards requirements, some by MLS regionalization, and others by market conditions or retiring AEs. Regardless of the motivation, the end result, say AEs, has been better programs and services for members, and the ability to have a greater impact in their communities and on the local legislative process.

"We merged because we had a vision for a much larger and stronger organization that could provide more for its members and could do more in terms of both community service and advocacy," says Mike Valerino, rce, COO of the 4,000-member Akron Cleveland Association of REALTORS®. "For example, in community service—before, we would volunteer at a homeless shelter, but now we're able to partner with municipalities and organizations to fight homelessness. It's just thinking bigger and scaling up the type of projects that we're able to take on."

When the Kansas City Regional Association of REALTORS® merged with the much smaller St. Joseph Association of -REALTORS® in 2017, it gave their volunteers a larger platform through which to implement their ideas, says Kipp Cooper, KCRAR's CEO. "The advantage of merging with larger boards is, generally, the resources and the professional staff that are on board, and this enables the small-board members to dream bigger."

The St. Joseph Association is now a chapter of KCRAR with its own advisory council and seats on the KCRAR Board of Directors and MLS. "The St. Joe members say, ͚Wow, we can do all of these great things now.͛ They had the vision, but they didn͛t have the budget or the resources to implement their ideas," says Cooper.

The 2017 merger of the Duluth Area Association of REALTORS® with the Superior Area Association of REALTORS® establishes a more united and influential group to the public and elected officials, says Maranda DeSanto, rce, CEO of the merged association, Lake Superior Area REALTORS®. "Now, we͛re able to consolidate our resources (mostly time) and be more efficient in serving members. The public is also better served by this larger group."

Although the Duluth association had been de facto running the Superior association through a shared services relationship for more than 10 years and held joint events, the merged group is now more representative of the region, which spans parts of Minnesota and Wisconsin.

And in Illinois, adopting the 90-member West Central Illinois AOR as a chapter played into the Capital Area REALTORS®͛ long-term vision of expanding the association geographically throughout the central and western part of the state, says CEO Daniel R. Sale, rce, cae. Although West Central did not border Capitol Area, Sale and his leadership saw no reason not to merge and hoped the small association between them would also join.

West Central͛s leadership sought out a merger partner and pitched the idea to every association in the state. Their requirements included keeping their office and identity as a chapter, retaining oversight of their own government affairs, education, and community involvement, and off--loading Core Standards compliance and administration. The merger with Capitol Area fit the bill and also provides expanded services, professional staff, and more advanced technology, says Sale.

With all the benefits of mergers, it may seem that the process is quick and easy, but that's often not the case, these AEs say.

"There's always concern in a merger that a group will lose its identity and get swallowed up," says Valerino. The Cleveland and Akron organizations were each more than 100 years old and had long-standing traditions. "It's important to honor the identity of both associations, so when we have our inaugural we list all of the past presidents from both organizations. We do a lot of things like this to honor the past," says Valerino, "but when we merged we also created something new, and our members and leadership are very excited about going forward with something new."

Small associations resist merging for a range of reasons, adds Sale, from maintaining their identity to not wanting to learn new MLS technology, and sometimes the AE just doesn't want to lose his or her job. Sale says his organization took to heart most of the suggestions for the way their new chapter association would like to continue functioning post-merger. "The fact that they still have a local presence and hold their local events is important to them," he said. Taking the time to understand what services and benefits are most important to members in the area being merged is essential, says Cooper. "In most associations, we're doing very similar things but the delivery of those things can vary greatly. It's important to build the trust with the other association leadership by listening."

In Kansas, Briden says a merger task force that was representative of all members affected was essential to her smooth mergers. "The members should have a good grasp on the Core Standards requirements and benefits of merging. Educate, share, listen, repeat," she says. "We chose to share the discussions and progress of the merger on a regular basis in the monthly newsletter, and I think that members appreciated the transparency."

Discussing and exploring merger options with an open mind is the first major obstacle, says DeSanto. "I kept telling [the leadership] that when we come to pain points in the discussions, these are just challenges that need to be addressed and overcome; they͛re not reasons to scrap the whole process."

From her two-year merger negotiation process, DeSanto offers this advice: Get a facilitator on board early. "When we first started having merger discussions, the leaders believed the whole process was going to be so easy that they didn͛t need a facilitator," she says. Nine months later, talks fell apart. "A facilitator can ensure that the leaders are asking the questions that need to be asked, and they can keep things under control, the emotions, and the back and forth." Despite the initial struggle, DeSanto anticipates more mergers in her future.

"I've always had a point of view that I͛m happy to have the merger conversation and see where it might go if it made sense for our memberships."

Cooper, too, has his sights on merging again. "Mergers can happen anywhere, and technology enables us to do it," he says, noting that his association territory now covers 26 counties in two states. "There are a number of boards that we͛re in contact with, and I think there is more merger potential on the MLS side."

The theme that Cooper says he keeps hammering home is: We are stronger together. 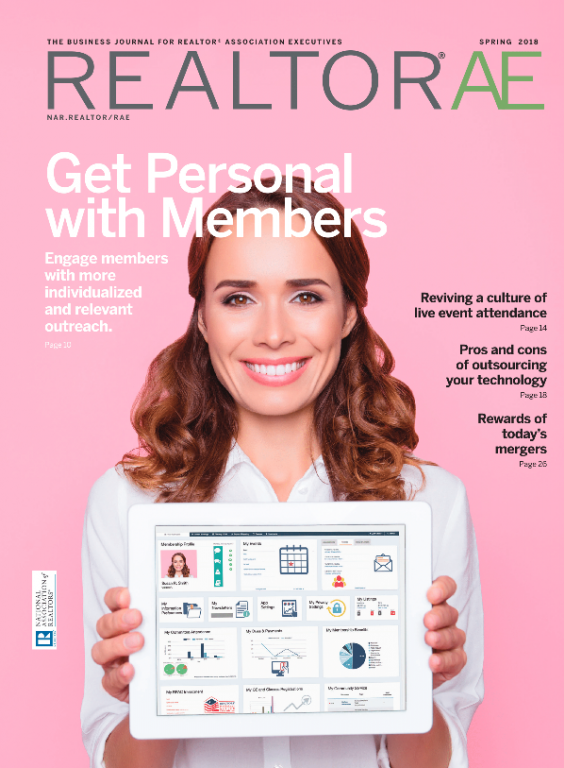