REALTOR® associations across the country answered the call to support the REALTORS® Relief Foundation as part of the foundation’s “Hope Rising” fundraising campaign. In at least two cases, that support went well beyond writing a check.

Pictured above: REALTORS® from Rhode Island braved the chilly waters of the Atlantic to raise $1,000 for the REALTORS® Relief Foundation.

In Rhode Island, the state association’s leadership team issued an icy challenge: On Jan. 2, participants jumped into the Atlantic Ocean’s 46-degree water (brr!) to rally members’ attention. They raised $1,000 and say they want to grow the event next year among their own membership and other associations.

“I had some friends in Kentucky and Tennessee who were affected by the tornadoes … and then I heard about the Colorado wildfires,” says Chris Whitten, treasurer at the Rhode Island Association of REALTORS®, who wore a shirt and tie for the chilly plunge. “There have been REALTORS® affected by that, too. We really wanted to help raise funds at a state level for those affected by recent disasters.”

Dayton (Ohio) REALTORS® also jumped into action following the December tornadoes. CEO Carlton Jackson, RCE, says the board voted to spend $10,000 on goods to deliver, and the next day, Jackson and then-Treasurer Greg Blatt loaded up a moving truck and drove nearly four hours to Kentucky to drop off needed supplies at the Lexington-Bluegrass REALTORS® association in Lexington.

In addition, the board voted to write a check for $5,000 to RRF and put out a call to members for additional donations. When Dayton mailed the check in late February, it totaled nearly $17,000.

The Dayton REALTORS® Foundation had received $500,000 from RRF after tornadoes hit the area on Memorial Day in 2019. “Dayton knows all too well the devastating impact tornadoes have,” says Jackson. “How could we not assist?”

Over the past 20 years, RRF has disbursed $33 million to help 17,000 families in 40 states and territories cope with the devastation of displacement and loss after a natural disaster.

For more on RRF, visit nar.realtor/rrf. 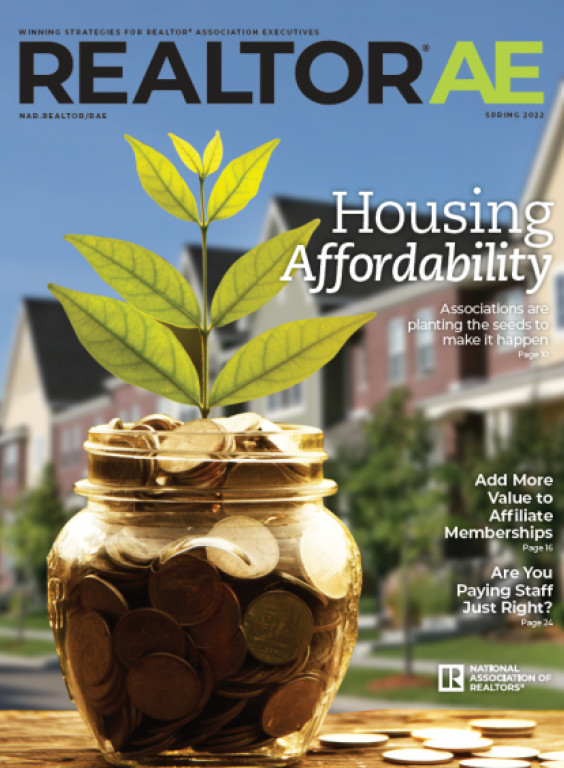