My REALTOR® Party: From Member to Politician

Supporting a candidate for public office who supports REALTOR® issues provides associations the opportunity to involve their members in community efforts at a whole new level. Advocating for  real estate issues is incredibly important, perhaps the most important benefit an association can offer its members. Although undertaking campaigns can be challenging, through the REALTOR® Party Initiative, the NATIONAL ASSOCIATION OF REALTORS® campaign services department assists boards with tools, professional campaign staff, consultants, and financial resources.

About seven months before the 2011 mayoral election in Edmonds, Wash., candidate Dave Earling, a former real estate broker and former member of the REALTOR® association, was trailing by 11 points in the polls. He had the endorsement and support of the state association of REALTORS®, but needed more help to ensure his election.

Reaching out to the Campaign Services department of NAR, the state association secured the support they needed for a new plan, and Earling came out victorious in November, winning 65 percent of the vote.

Although the state association had supported the candidate, more help was needed to make sure he won. Nathan Gorton, government affairs director of the Washington REALTORS®, called the National Association’s campaign services department and explained the importance of this candidate to the city and state.

“As a former REALTOR® and broker who owned a real estate office for about 20 years, Dave has meaningful experience in our industry,” says Gorton. “There’s a longstanding record of mutual support between Dave and the industry throughout his service on the City Council.”
NAR’s support began with hiring a consultant to help the state association map out a new campaign strategy for Earling. The first step was listening to research and polling data that showed the candidate needed to strengthen his position with senior women.

NAR made a wide range of resources available, says Gorton, but left it up to Earling whether to use them or not. The local Snohomish County-Camano Association of REALTORS® and their GAD, Ryan McIrvin, were also involved in the process. “NAR has a contract with a big direct-mail advertising firm,” -McIrvin says, by way of example, “and admittedly, I was a little skeptical about using a mammoth, out-of-state operation. But they turned out to be just awesome—responsive, open to feedback, and timely. They used terrific local photographs and produced a truly effective, Edmonds-specific direct-mail campaign for us.”

The Washington REALTORS®’ campaign focused on quality of life in the idyllic town on Puget Sound. It focused on the views of the Olympic Mountains and the Cascade Range and included references to Edmonds’ schools, parks, and transportation. “The message was all positive,” says Gorton, “about why it’s great to live in Edmonds and how Dave Earling would protect and enhance all those reasons.”

Since securing Earling’s win, Gorton says his colleagues in Edmonds couldn’t be happier—as much with the change in atmosphere, as with any specific accomplishment or policy coming from the new mayor’s office. “The former mayor had a confrontational relationship with the City Council, and now the tension is gone. Dave makes the dialogue productive. This is obviously a much better breeding ground for success on all issues—including REALTOR® issues.”

Getting started on a campaign can be the hardest part. Contact NAR’s Campaign Services Department at CampaignServices@realtors.org or (800) 874-6500 (ext.1235) for more information on how to get involved and make a difference. 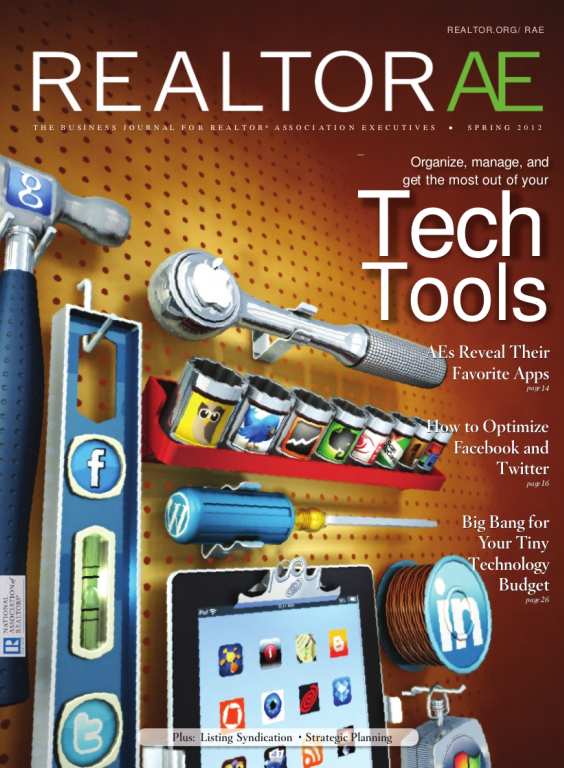 A Look at the Legal Side of Listing Data Licensing

Steps to Creating a Strategic Plan