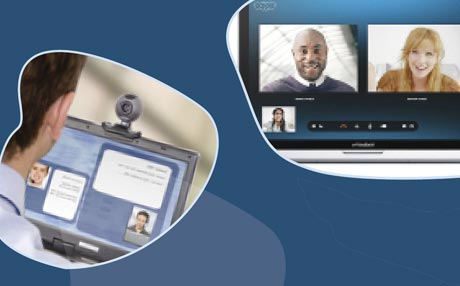 REALTORS®’ jobs often involve spending lots of time on the move, so bringing groups together for meetings and events is always a challenge for association executives. Today, technological tools, which are cheaper and easier to use than ever before, can help address that challenge—although, according to the AEs we spoke to, these tools are a long way from providing a complete solution.

Traditionally, association staff prepared members for board or committee meetings by distributing large packages of papers, including minutes of previous meetings, along with relevant reports and articles.

Today, much of this preparation can be done online. For example, the Houston Association of REALTORS® makes information available to board members on a password-protected page of its Web site, according to Robert Hale, the association’s president and CEO.

The Chicago Association of REALTORS® goes even further. Not only does it distribute meeting materials electronically, but it also supplies board members with preprogrammed iPads so they can access the materials conveniently at, or before, the meeting. Barbara Matthopoulos, senior director of communications and media relations for the Chicago Association, says the iPads were a great investment. They saved the costs of sending all those documents by messenger and express mail; even better, they saved staff from last-minute scrambles to replace lost documents and from having to “run around figuring out who has what.”

Associations also post meeting material to cloud storage sites, such as Box, Dropbox, and Google+, which all have mobile versions for access anywhere.

Lengthy, deliberative meetings are still held largely on-site. This is because many REALTORS® enjoy the networking opportunities, and also because large-group, free-form discussions—which are typically the most productive—are difficult to manage with conferencing tools.

However, limited-purpose meetings benefit from Web conference and teleconferencing tools. Not only do associations save on providing refreshments and paper, they can free up their meeting spaces to rent out. More important, members save time and gas money on participation, which boosts their willingness to participate.

For example, the Long Island Board of REALTORS® uses GoToWebinar (about $49 a month) presentation software for follow-up meetings, says Beth O’Connor, director of technology training for the association. The instant polls in GoToMeeting are useful when a committee must approve a decision.

GoTo recently added a feature called HDFaces, which combines screen sharing, audio conferencing, and videoconferencing. Meeting participants can share as many as six high-resolution videoconferencing streams (so they can see six other participants) while they view the presenter’s screen. O’Connor expects to use this feature more for training than for committee meetings, but she hopes it will become widely popular with members. “It changes a meeting completely,” she says, explaining that visual cues help people know when they have the floor to speak.

To bring a single outside presenter to an on-site meeting, some associations turn to video conferencing for a significant reduction in travel cost and time.

The Houston Association of REALTORS® has Apple TVs in most boardrooms and uses free or low-cost videoconferencing programs, such as FaceTime or Skype, if the board is meeting with an out-of-town consultant. Hale prefers this approach to flying in a speaker for 30 minutes and says a Skype presentation can be as good as or better than being there.

However, there are still glitches. For example, things might not go well if the visiting speaker calls in from a location without reliable broadband. Scott Brunner, former CEO of the Virginia Association of REALTORS®, recalls an occasion when the association leadership could hear a speaker via Skype, but he couldn’t hear them. Problematic, to say the least.

Yet, video meetings (and the tech tools that enable them) are becoming more popular, in part because Web cams are now imbedded in most laptops and tablets today, and the necessary software is easier to use and often free. Plus, many Web conferencing offerings are bundled with additional collaboration features, such as document sharing, virtual whiteboards, private chats, and the ability to record a meeting.

Take, for example, Anymeeting.com. It has a free version that includes capacity for up to 200 audio participants (6 video participants), screen sharing for anything on your screen (PowerPoints, Word documents, Web sites, etc.), and the capability to sell tickets to your webinars. It’s a cloud application, so there’s nothing to install and there’s a mobile version, too.

Another free option is Google+ Hangouts, featuring video conferencing for up to 10 people (participants must be signed up with free accounts on the Google+ social network, but there’s nothing to install). Also explore MeetingBurner, which is free for up to 15 participants and includes screen sharing and a phone-in line.

If you’re just looking for a screen-sharing tool—ideal for online technical support via remote control, walking members through documents, or conducting webinars—check out Mikogo (free), join.me (free), and Screenhero.

Brunner says telephone conference calls are good for quick discussions and single-issue meetings, especially where one person is briefing a group on the progress of an initiative. Listeners can ask questions, but no one tries to hold lengthy discussions. Brunner says, “Ambient noise … continues to be a frustration, particularly with larger groups. All we can do is remind people to put themselves on mute.” VAR uses Conference Plus, a service available through a contract with the NATIONAL ASSOCIATION OF REALTORS®.

Associations use a variety of tools to facilitate discussions and work outside formal meetings.

In Houston, the Young Professionals Network and the leadership trainee group collaborate and interact using private Facebook pages, and association volunteers generally share documents via such file-sharing programs as Dropbox and Google Drive.

The Virginia Association of REALTORS® hosts private Facebook pages for a variety of groups. At the Chicago Association, Basecamp, a Web-based project management program, works well to organize documents for larger committee initiatives. Matthopoulos says, “Basecamp is user-friendly even for members who don’t use this type of software.”

Sometimes the best approach is the lowest-tech of all: scheduling meetings only when necessary. Matthopoulos says she tries to limit meetings to discussions of strategy or outreach and to handle routine matters without meetings. Committee members, too, have gotten better about canceling meetings that they think are unnecessary. As Matthopoulos puts it, “They’re volunteering their time, so it’s our responsibility to make their time as effective as possible.”

Analytics Are Talking. Are You Listening?

How and Why to Make Association Videos