Previous issue
Fall 2017: Get Your Message to Consumers
Next issue

By: Jacob Knabb
Developing commercial programs and services made easier with grants and success stories.

If you’d like to engage more commercial practitioners in your association but aren’t certain where to start, the National Association of REALTORS® has a wealth of resources for you. One in particular is the Commercial Innovation Grant Program, which can provide funding to grow your commercial member base and benefits. Grants typically range from $500 to $2,500 and can be used for such things as commercial education, commercial real estate advocacy, and commercial events. Here is one of the most recent success stories from a local association that used the grant to boost its visibility and value to commercial real estate practitioners.

If You Build It, Business Will Come

Earlier this year, the Greater Fort Worth Association of REALTORS®, Texas, received a Commercial Innovation Grant to partially fund its first Economic Development Expo, an event the association hopes will become a core annual program.

The association’s primary goal was to connect REALTORS® with major developers, elected officials, municipal staff, and economic development councils. The event would facilitate deal-making and networking opportunities where members could receive concrete information, strong leads, and action plans. “Organizing our event this way facilitated cities getting in front of commercial members to say ‘these are the projects we’re offering, this is what we’re doing,’” says Robert Gleason, the association CEO.

Gleason feels strongly that there is great value in enhancing commercial services. “Most of us run a very good show with residential members,” he says, “but anything you can do to attract commercial brokers makes you a stronger association locally and politically. The gravitas and experience they bring is invaluable.”

The Economic Development Expo was held at Cendera Hall. Exhibitor booths were sold on a first-come first-serve basis for $450 each.

A task force of seven commercial members was appointed to oversee marketing while members prepared a pamphlet and reached out to area economic development councils and developers to participate, as well as larger commercial brokerages that were not currently members. ­REALTOR® members could attend for free, and association leadership staffed a booth to talk about the value of REALTOR® membership and answer questions. Finally, the task force worked with the Fort Worth Business Press to provide marketing before the expo and coverage on the day of the event.

Measuring Success and Planning for the Future

The response was overwhelmingly positive, with more than 200 of the association’s commercial members attending. The association also has attracted new members since the event, which Gleason says have been one of two types: “The first was residential agents who showed up and wanted to learn more about transitioning to commercial real estate, and the second was established brokers who joined after learning more about the organization.”

Gleason already has plans for expanding the Economic Development Expo in 2018. “We’d like to get out in front of the marketing side of things earlier,” he says. “Some of the (councils) we wanted were double booked, and so it’s wise to plan this out as far in advance as possible.” He also wants to facilitate more assistance and input from members during the planning stages. “From a staff perspective, those commercial brokers will know who they want to hear from at the event. They will point you in the direction of what type of exhibitors to invite and often provide the connections or do the invites themselves.”

Commercial Innovation Grant applications along with a library of past projects and resources are online at nar.realtor/­commercial-innovation-grants.

Jacob S. Knabb is a commercial communications and services associate at the National Association of REALTORS®. Contact him at 312-329-8212 or jknabb@realtors.org. 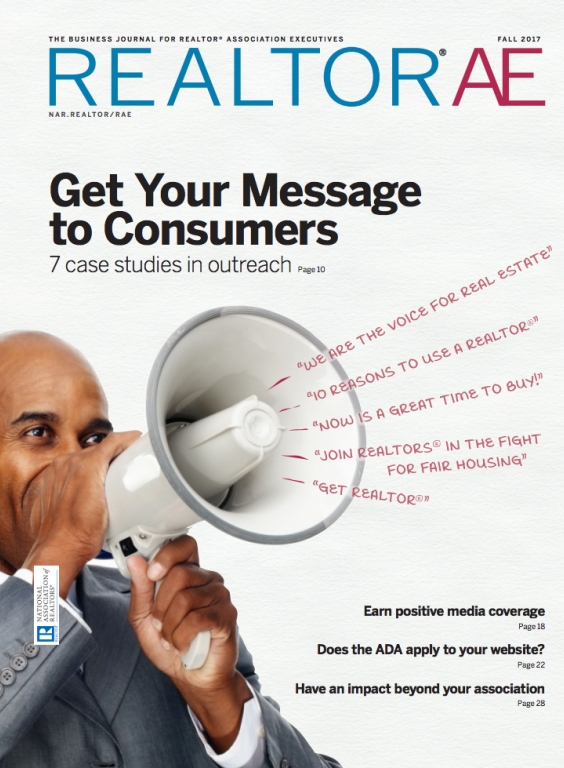 Get Your Message to Consumers: 7 Case Studies in Outreach