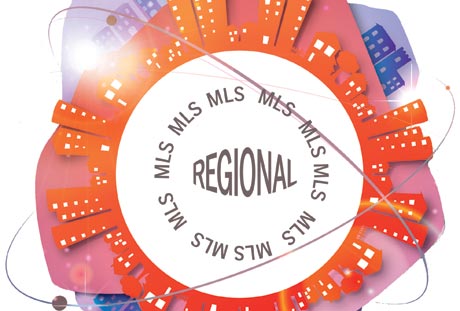 Merging MLSs to achieve economies of scale is still the trend. The dissolution of this regional MLS, according to an Inman News report, stemmed in part from the belief that the regional service, with its large governance structure, had become a duplication of effort and resources.

REALTOR® AE magazine spoke to veteran MLS executives about why some regional services thrive while others fail.

“When it comes to MLSs breaking apart, there is one cause and one cause only,” says Cameron M. Paine, RCE, CEO of the Connecticut Multiple Listing Service Inc. “It’s politics. And politics has very little to do with what’s best for the membership.”

Politics encompasses a host of issues, from conflicting personalities to mistrust, but Paine has seen it as the cause of MLS breakups from Florida to Arizona. “It’s disappointing, it’s disheartening,” he says, “but fortunately, it’s not a trend in that there’s no common issue among these different MLSs entities falling apart, aside from politics.”

Is there a cure? Paine says the only way to avoid political issues is to have your very best and brightest as your leadership. “However, because of the association governance structure, we’re not always getting the most qualified to serve—sometimes, we’re getting the most willing to serve.”

MLS success stories are not hard to find. Earlier this year, 13 REALTOR® associations across Indiana formed the Indiana Regional MLS, in which more than 5,000 real estate professionals—who formerly used 13 independent MLS systems—will be able to search across multiple markets and pay only one MLS fee to access data.

“[IRMLS] has done some great things working though the thorny political issues,” says Paine. “They’re a good example of getting past the politics that is so often the stumbling block.”

Rosemary Scardina, RCE, CAE, president and CEO of East Bay Regional Data in California, believes the root cause of regional MLS breakups may be financial. “It all comes down to the money,” she says. “People think there’s a lot of money to be made in MLS.”

Poor financial planning also spells disaster when it comes to merging MLSs, says Scardina. “I’ve seen associations join a regional MLS without a sound financial plan for where their nondues revenue is going to come from, and they end up viewing the regional [service] as a lost revenue stream.”

The premise of founding a regional MLS for economics of scale is sound, Scardina notes, “but you still need to give value. And if there’s no perceived value, regional shareholders may begin to ask themselves, ‘What are we getting out of this?’ ”

Another pressure point on MLSs today, says Scardina, is the rapid change in the industry in terms of technology: consumers and members are better educated about the data and where to find it. “This is such a specific industry now, yet some people have tunnel vision and want to run things the way they always have,” she says.

There are more regional MLSs forming today than ever before, says Carl R. DeMusz, RCE, president and CEO of the Northern Ohio Regional MLS. “It’s happening because MLSs with more members, more listings to share, and more opportunities for those members to make sales make members happy, and they make their consumers happy.” He describes MLSs as communities that are better when they are more inclusive than exclusive. “It would be hard to make the case that fewer members and less listing content would make an MLS better.”

MLSs can break apart, however, when there is perceived inequality, DeMusz says. Among the many possible reasons why regional MLSs dissolve (or do not form in the first place) is the perception that smaller MLSs have less decision-making power, revenue, or other local advantages, he says. Plus, there’s the idea that one MLS may believe it has a better governance model or technology vendor than other potential shareholders.

DeMusz’s own regional MLS, which covers six counties in the Cleveland, Ohio, region, shares data with a neighboring regional MLS. Together they serve five separate MLSs of various sizes with a variety of prices and features. “Although we may grow, it is hard to imagine a scenario where we would shrink or dissolve,” says DeMusz. “Doing the right thing takes leadership that will rise above difficult issues and serve the whole community.”