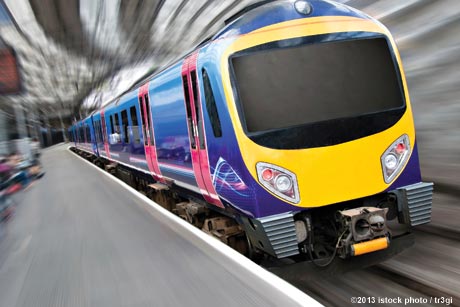 Several REALTOR® associations have made good use of REALTOR® Party Initiative grants and services to not only improve their communities but also highlight REALTORS® as key players in important community issues.

The Metropolitan Indianapolis Board of REALTORS® (MIBOR) is part of a coalition beating the drum for Indy Connect, a long-range transportation plan for Indianapolis and Central Indiana, that includes light rail and bus rapid transit.

“It all comes down to keeping our region competitive and enhancing the overall quality of life,” says Chris Pryor, the association’s government affairs director. “Ultimately, that’s what’s going to drive the success of our real estate market and the success of our individual REALTORS®.”

Assisted by an Issues Mobilization grant from the NATIONAL ASSOCIATION OF REALTORS®, MIBOR and other coalition partners lobbied the state legislature to put a referendum on the ballot that would create a local funding source to help build and operate the Indy Connect system. Their goal is to seek voter approval for an income tax hike of .03 percent in fall 2014.

“It’s been a huge benefit to our association to work with the coalition,” Pryor reflects. “It’s positioned us as being a leader on a major issue that’s very important to Central Indiana.”

The Denver Metro Area REALTORS® (DMAR) helped pass a sales tax increase back in 2004 to expand the Regional Transportation District’s existing transit system. The first phase of the expansion, a new light rail line between Denver and Golden, called the West Rail Line, began carrying passengers in April 2013. During construction, DMAR teamed up with the Denver Regional Council of Governments to sponsor a tour and seminar for REALTORS® and elected officials to raise awareness about the development potential of rail corridors.

“We were very active in land-use planning for the West Rail Line corridor,” says Susan Aldretti, government affairs director for DMAR. “People realize we need to create more dense development in our inner-ring suburbs because we can’t continue to sprawl outward.”

Eventually the region will need to raise the sales tax again to fund additional system expansions. DMAR asked NAR to conduct a poll on its behalf to determine if the public would support an increase. The poll, a service provided by NAR’s campaign services department, revealed the increase would likely not be approved at this time. NAR then offered guidance on what steps would make approval more likely in the future, information DMAR shared with key decision-makers in the region.

That kind of collaboration “increases the value of REALTORS® as participants in decisions in the community,” Aldretti says. “When issues come up, you have more influence.”

Getting out in front of the growth

“There’s a lot of open ground around the new rail stations and there’s going to be a lot of development there. We want to help drive the kind of smart growth concepts that REALTORS® support,” Oldroyd explains. “If you grow in a sophisticated way, you’re buying and selling higher value properties and you’re improving the quality of life for everyone.”

Shortly before the extended line opened late last year, UCAR sponsored an open house that brought together more than 100 stakeholders to learn more about what to expect when the trains began running. The association also published a series of print ads to promote the line. Through the REALTOR® Party, NAR awarded UCAR a Smart Growth Initiative grant to support both efforts.

UCAR will apply for another REALTOR® Party grant to sponsor a series of planning sessions in order to help create a vision for development up and down the new line. “Our role is education, leadership, and awareness,” Oldroyd reflects. “The idea is to get out in front of the growth.”

The Maine Commercial Association of REALTORS® (MCAR) is a key player in an effort to establish a rail connection between the state’s two largest population centers—Portland and Auburn/Lewiston. Using 30 miles of idle track, the Smart Growth Mobility Project—Maine Rail Transit Coalition is working to connect people to job centers.

“Maine is very rural and our economic development options are limited. We see this as an opportunity for growth,” says Suzanne Guild, executive officer for MCAR.

As planning and financing efforts for the proposed line continue, MCAR secured a Smart Growth Grant from the REALTOR® Party that allowed the coalition to complete an important study and seek important changes in state transportation funding policies. “Our role in the coalition has enabled our REALTORS® to partner with people they haven’t partnered with in the past, such as the Sierra Club and other environmental organizations,” Guild says.

Maine residents have already shown their thirst for rail by flocking to a new Amtrak route between Portland and Boston. “REALTORS® are in tune with what their community needs,” Guild comments. “Our involvement in the Maine Rail Transit Coalition shows REALTORS® are part of the solution.”

If these stories resonate with you, please visit us online for further information and NAR staff contacts.

Joe Molinaro is the managing director of Community and Political Affairs at the National Association of Realtors® in Washington, D.C. He can be reached at jmolinaro@realtors.org.

Visit REALTORParty.realtor for a list of grants, programs, resources, success stories, and downloadable materials to help you in your smart growth, political advocacy, housing opportunity, diversity, and other initiatives.

Make Your E-Newsletter a Member Must-Read

Your Part in Defending the Marks