Diets aren’t restricted to people, or even pets, anymore.

Roads across the United States have been going on diets, losing lanes and girth, but gaining multi-modal use, increasing safety and promoting businesses along the way.

While the idea is not new — San Francisco boasts it has been trimming back roads for more than 40 years — it is gaining popularity as the move to walkable communities, complete streets and smart growth takes hold.

“When done right, road diets create a place, not just a space, to pass through,” said Dan Burden, executive director of the Walkable and Livable Communities Institute who is credited with coining the term “road diets” in 1999 in an article with Peter Lagerwey entitled “Road Diets Fixing the Big Roads.”

Diet refers to transforming from wide, multi-lane undivided roads geared toward fast moving cars into highways with one lane in each direction. The reclaimed space taken from the former lane is reallocated for other purposes such as additional parking, a bike lane and pedestrian crossing islands.

The most common type of road diet, said Burden, is when a four-lane highway is reduced to three, with one lane in each direction and a shared left hand turn lane and a bike lane added.

Road diets have been tried successfully across the nation from Orlando, Fla., where Edgewater Drive in the trendy College Park Avenue was trimmed back more than a decade ago, to San Francisco, Calif., which boasts having placed more than 40 streets on a diet.

Diets are recommended for roads with average daily traffic (ADT) of 20,000 or less. Roads with 15,000 ADT Road Diets or less “had very good results in the area of safety, operations and livability,” according to the U.S. Department of Transportation Federal Highway Administration.

A road diet is one “countermeasure” being touted by the Federal Highway Administration as a way to make streets safer and to reduce the number of highway fatalities and injuries. According to the agency reconfiguring and restriping undivided four lane roadways to three lane roads reduces by 29 percent the number of roadway crashes.

Nine countermeasures were unveiled January 2012 by the U.S. Department of Transportation Federal Highway Administration Acting Administrator of Safety Tony Furst. Other countermeasures the federal government is promoting include considering roundabouts — not traffic signals — at intersections; placing longitudinal rumble stripes on two-lane roads that alert sleepy drivers who drive over them; and incorporating raised medians in curbed sections of multi-lane roadways to provide pedestrians a safe place to stand and wait for traffic gaps.

When signals are used, the federal government is asking transportation officials to make traffic lights more visible by adding backplates with reflective borders.

“There is hardly a downtown in the United States that does not have a 4-laner that would benefit from a road diet tomorrow,” said Speck. “A happy by-product of the road diet is the additional 10 to 12 feet of roadway freed up by the eliminated lane. This space can be used to expand sidewalks, plant trees, create a missing parking lane, or to replace parallel parking with angled parking in a business district.”

While Speck said that road diets are gaining in popularity, trimming back roads hasn’t always been a popular option, not even in the city that boasts having the title of Biggest Road Loser.

Putting Valencia Street — a north-south corridor in San Francisco — on a diet initially wasn’t supported by the local transportation department, but 1.8 miles of the street were thinned out in 1999 by order of the city board of supervisors. The four lane highway was reconfigured to two travel lanes, a center median with left hand turn bays and bike lanes.

A subsequent study conducted by San Francisco State University showed a 144 percent increase in bicycle use on the road and a decrease in collisions involving bicycles and pedestrians. Just six percent of merchants surveyed after the road was thinned and bike lanes installed had negative feedback.

Residents in Lewistown, Pa., overwhelmingly opposed efforts by the Pennsylvania Department of Transportation to convert a one mile section of Electric Avenue from four lanes to three. The change was made despite 95 percent opposition from residents who feared increased travel times. Subsequent analysis showed overall trip times were unaffected. Burden in his 1999 paper, “Road Diets Fixing the Big Roads,” concluded that nearly 95 percent of those who feared the change “are openly thankful” for the change.

“When done well a road diet keeps traffic moving smoothly, despite cars going a little bit slower and they don’t jockey for space ... and here’s something really cool, with a road diet, people often get home sooner at slower, safer speeds because we take out delays at intersections,” Burden said. 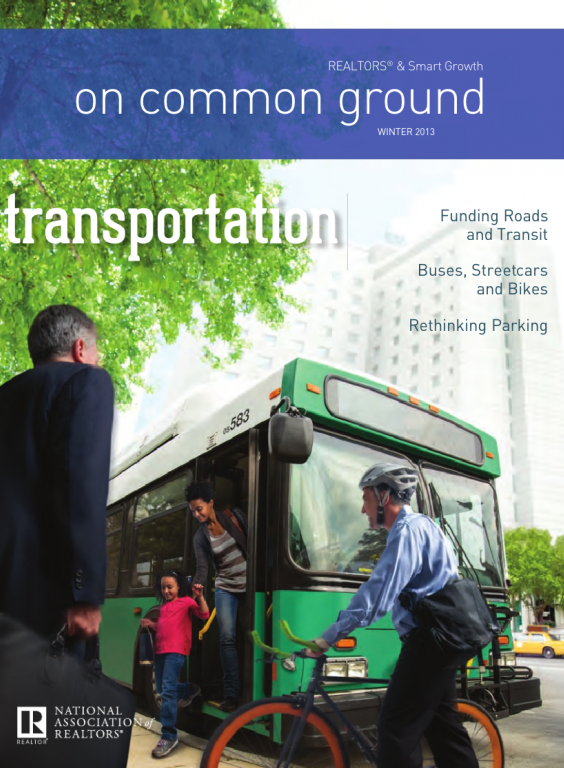 Building a Better Community...One Block at a Time