Previous issue
Summer 2010: Megatrends for the Decade
Next issue

For some, Reading, Pennsylvania conjures up images of the iconic American game, Monopoly, and its four railroads.

R-BAR Director of Government Affairs Chuck Liedike said his members are on board with smart growth principles. “We know it provides for intelligent opportunities and a strong economic future,” he said. But, with a down economy, his members were concerned that developers would revert to planning and construction that would encourage sprawl.

That’s why the association continues to promote smart growth through educational conferences.

R-BAR used its most recent grant to host a smart growth educational seminar and walking tour that was attended by about 100 people, including elected officials, developers and REALTORS®. The walking tour featured the Wyomissing Square redevelopment, spearheaded by Brickstone Realty Company.

The building was once owned by the Mitten Manufacturing Company and evolved into the silk mill company that emerged as Vanity Fair, now known as VF. Brickstone redeveloped 330,000 square feet on the 13-acre site into a mixed-use condominium that boasts luxury apartments, a 14,000 square foot restaurant and a 135-room Marriott hotel and lounge.

Brickstone Realty Company President John Connors said Wyomissing Square is the first project in the borough to receive a redevelopment zoning overlay. The designation allowed the developers of the site— initially zoned commercial industrial — to have multifamily and residential spaces. It also allowed greater density and flexibility for parking.

Connors credits the success of the project to a coordinated effort between the REALTORS® and the local economic development association, as well as Wyomissing Borough Councilman Fred Levering. It also was wise for the interested parties to band together and operate under the umbrella group, Berks County Smart Growth Alliance, he said.

The alliance includes a disparate group of players— from homebuilders to the Berks County Agricultural Land Preservation, whose mission is to permanently preserve agricultural conservation easements in the eastern Pennsylvania county. Agriculture is still a thriving business in Berks County, which ranks third among all Pennsylvania counties in cash receipts from agriculture, totaling $73.9 million annually.

“It was a very forward-looking approach,” Connors said of the umbrella group working together. “You get a lot more done that way than everyone going on their own.”

R-BAR’s Liedike maintains that the Wyomissing Square experience can be emulated in other nearby boroughs and that the REALTORS® play a key role in making that happen.

“We’re using it as more of an education piece for future smart growth planning. We are selling it to the individuals who want to know how to do it,” said Liedike. “All three [NAR] grants have been used to educate elected officials and developers on how to create smart growth projects.”

Levering, a past president of the association, said the REALTORS® are much more engaged in growth management issues than in the past. “There’s no doubt about it,” said Levering. “They have come to grips with the fact we need to be involved.” 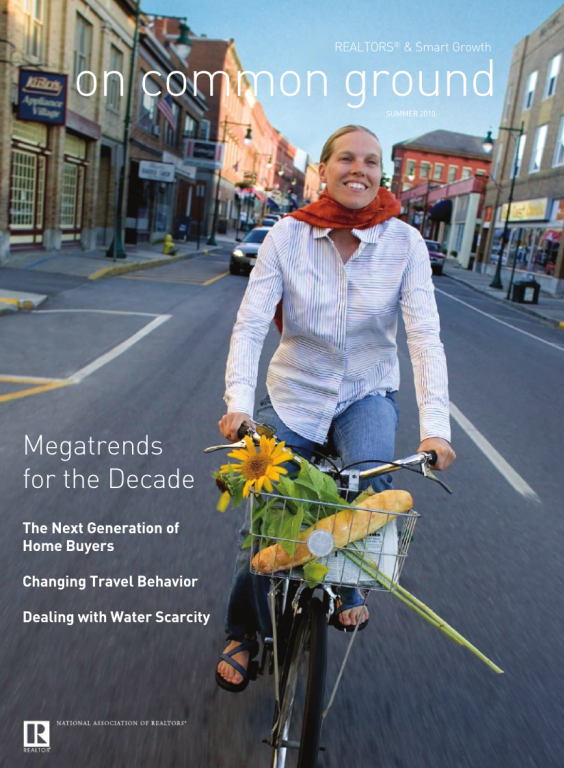