Malls Get Makeovers into Mixed-Use Hubs

Like a phoenix rising from the ashes, a growing number of aging and obsolete shopping malls are being transformed into vibrant, walkable mixed-use communities, creating more-profitable retailers and developers, property-tax-flush governments, and more content and less harried residents and workers.

Though the trend has been slowed by today’s recession, experts expect it to regain momentum when real estate markets begin to exhibit consistent signs of long-term recovery. “If any retail is going to be developed in the future, it will be more in this mixed-use format because it’s responsive to needs and trends in our society,” says developer Yaromir Steiner, CEO of Steiner + Associates in Columbus, Ohio. “It’s more environmentally responsible, and it responds to people’s desire for placemaking, or the need to have leisure environments where people can meet each other.”

Honey, We Forgot the Downtown

“It’s interesting how the old becomes new again,” says Rodney Nanney, AICP, principal at Building Place Consultants, a community planning and economic development consulting firm in Ypsilanti, Mich. “We have historic downtowns in small towns and cities that grew up to support the population immediately around them. Those were the shopping malls of their day.”

It’s true that the mixed-use walkable community isn’t new. In the “olden days,” when transportation was difficult and expensive, city centers were by necessity more compact. But that development model fell out of favor as transportation became accessible. Developers increasingly turned to suburban single-use sites, which are easier to develop and finance than mixed-use projects.

“In America after World War II, we stopped creating urban gathering places like village centers or main streets, and what’s worse is that we destroyed some of the ones we had,” explains Steiner. “Fast forward to today, and the United States has many well-done single-use projects— residential subdivisions, office parks and shopping malls — but not many downtowns.”

However, as baby boomers age, they’re increasingly seeking out walkable communities in which to live, work and shop. “The shopping mall is a sterile idea, and there’s only one way to get there — to drive,” says Nanney. “People want a downtown and a more vibrant experience when they do their shopping.”

Out-of-date malls are perfect candidates for creating those communities. “Old malls have good locations,” says Steiner. “But they’ve got too much retail and parking. We need to take that retail, shrink it a little, design streets, add civic buildings, residences, office space and hotels, and we’ll have little downtowns.”

Steiner knows whereof he speaks. In 2007, his company completed the first phase of the transformation of the aging Milwaukee-area Bayshore Shopping Center into today’s mixed-use Bayshore Town Center. His company is currently converting the former Coliseum Mall in Hampton, Va., into the mixed-use Peninsula Town Center.

The mall-to-mixed-use trend began with the 1991 conversion of the Boca Mall to the apartment, office and retail facility that is now Mizner Park in Boca Raton, Fla., says Arthur C. Nelson, presidential professor and director of the Metropolitan Research Center at Salt Lake City’s University of Utah campus.

Few conversions followed Mizner Park until after the millennium, when the trend gained momentum. Among the first was Villa Italia in Lakewood, Colo., which was transformed in 2004 into Belmar. Today, Belmar includes a 1.1-acre plaza, a 2.1-acre park, more than 200,000 square feet of office space, 1,300 row homes, townhomes, condominiums and apartments, and more than 85 shops and restaurants.

“Villa Italia was 1.4-million square feet of enclosed shopping mall surrounded by a sea of parking on a single, 100-acre parcel,” explains Roger S. Pecsok, development director at Continuum Partners in Denver. “The mall had a combination of ownership, and there were multiple anchors that had veto rights over things that could get done. That paralyzed any potential for the mall to be repositioned or updated. The owners weren’t refreshing the tenant mix and were getting a lot of vacancies, and sales were declining year after year. It was definitely on a downward spiral.”

Continuum Partners proposed the transformation. “We really had a belief in creating a downtown for a community that had no downtown area or center of gravity,” says Pecsok. “We knew we could get the retail needed because of the mall, and we believed in the long-term value that would be created by getting rid of the mall, reintroducing the street grid and reconnecting the back streets to neighborhoods to create that urban core. We believed that would drive more successful rents for all the uses.”

That belief is now reality. “Our office space is essentially 100 percent occupied at above-market rents,” says Pecsok. “Apartments have commanded roughly a 20 percent premium over the rest of the submarket, and the for-sale residential product has established new highs in the market, even though the market is very soft.”

The retail has been “tricky,” Pecsok admits. “There’s always turnover in a center of this size. But we’ve completed a few significant and sizable deals, and we’ve broken ground on another 65,000-square-foot retail building on the site.”

Another project that’s underway is the redevelopment of Columbus City Center, a 20-year-old mall that’s being torn down to make way for Columbus Commons, a mixed-use project centered around a nine-acre park. The plan envisions 250 to 400 residential units — for either rental or sale, depending on market needs — 30,000 to 70,000 square feet of retail and 400,000 square feet of office space.

The demolition of the mall began in October, and the park is scheduled for completion in December 2010. “Our plan is to demolish the mall, create a clean, green slate and prepare the site for development,” says Amy Taylor, COO at Capitol South in Columbus, Ohio. “We’ll create the mixed-use element when the market is really ready.”

Variation on a Theme

It’s not only malls that are being repositioned into mixed-use centers. Stagnant standalone retail with similarly stagnant surrounding parcels is also being converted.

“The site we assembled was an old car dealership, a couple of small residential buildings, an American Legion post and a couple of parking areas,” explains Robert Wienner, managing partner of Blue Back Square LLC in Hartford, Conn. “Some of it was obsolete and some was underutilized. There were very limited residential opportunities, and there were office buildings nearby, but they weren’t Class A and were always full. The retail was mostly small-format stores. We saw the opportunity to supply the missing elements in that market.”

“We’re not doing anything fundamentally different than what people in Europe were doing hundreds of years ago,” says Wienner. “We forgot how to do this after World War II, but the basic principles have been around. They don’t change.”

Waiting for the Tide to Turn

Today’s recession has slowed the mall-to-mixed-use engine. “For a time, these projects were considered the next trend in regional mall evolution,” explains Nelson. “The economy has changed some of that. With the financial meltdown, lenders will be reluctant to pursue these mixed-use options even if they make all the sense in the world.”

One example is Cottonwood Mall in Holladay, Utah. It’s scheduled for redevelopment, but Chicago’s General Growth Properties Inc. (GGP) has put the project on hold.

“The reason for delaying construction was the collapse of financial markets and the subsequent recession,” said spokesperson Jim Graham in a statement, adding that the project has also been complicated by GGP’s bankruptcy. “The delay is not a reflection on the quality of the mixed-use plan for the property.”

In addition, Vornado Realty Trust plans to redevelop Springfield Mall in Springfield, Va., into the Springfield Town Center. It will add 2,000 residential units, about 1.1million square feet of office space, a 225-room hotel and about 175,000 square feet of service-oriented retail. The Fairfax County Board of Supervisors approved Vornado’s zoning request in June 2009.

However, the mall repositioning engine is simply idling until the economy recovers. “My sense is that we overbuilt retail space between 2003 and 2005, but not by much,” says Nelson. “We still grow as a nation by about 1 percent per year. So if we were overbuilt by 5 percent in 2008, by 2012 we’ll have absorbed that, and we’ll be right back to needing space. Will we be the hyper-consuming society we were? Maybe not. But we’ll still need clothing and places to eat, and we’ll want things like jewelry and cosmetics. Maybe some retail features will be cut back, but not a whole lot. In the meantime, the trend of mall conversions will be constrained and limited to a few real estate investment trusts that have positive experience in these kinds of redevelopments.”

Wienner agrees. “I don’t think today’s market is a paradigm shift,” he says. “I think it’s a slow spot. The principles of mixed-use don’t change, and the right way to do it isn’t going to be different in 10 years. We just have to wait.” 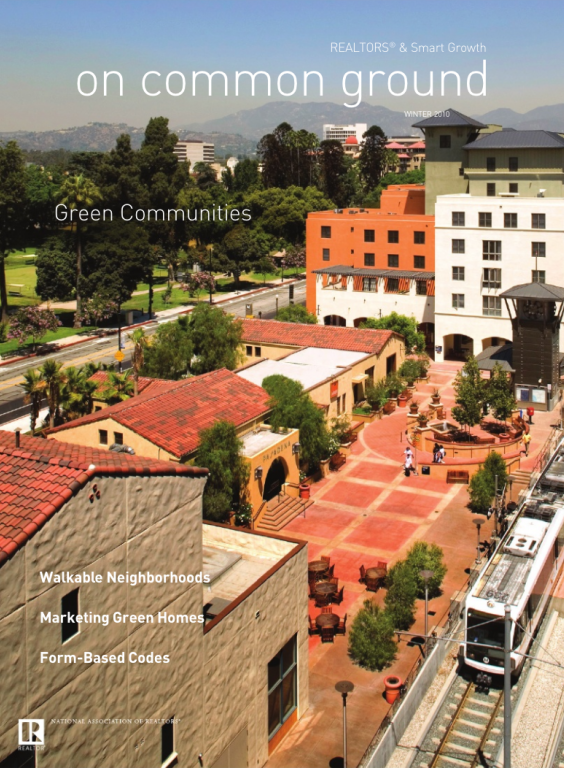 A New Kind of Zoning