Not so long ago, retail space would get a facelift every five to seven years, but the influence of the digital world and the culture of automatic updates have changed expectations of how shopping in the real world looks and feels, making the old renovation timetable essentially obsolete, says Jennifer Nemec, principal of Chicago-based Ideation Studio, a multidisciplinary design firm that creates brand environments for retail and restaurant spaces (above, an Asian gastropub concept from Ideation). Once design gets static, consumers start to look for what’s new. "It's [currently] three to five years, and the refresh cycle keeps speeding up," says Nemec.

Facing the rising tide of online sales— e-commerce racked up 14.3% of total retail sales in 2018, nearly doubling its share from 2012—brick-and-mortar retailers are looking for new ways to bring customers to their stores. What's needed is more than a fresh coat of paint and new light fixtures. Real estate pros can partner with owners and tenants to complete upfront preparations that enable them to keep up with current design trends.

Traditionally, tenants start with a space landlords and property owners call a "vanilla box" or "white box," which means that the HVAC is working, the space is painted white, and it's in move-in condition. But that definition has evolved, in part because of the need for upgraded digital infrastructure. "Brands and property owners want to be able to access data and learn from the environment," says Melissa Gonzalez, founder of The Lion'esque Group, retail strategists and architects for "pop-up" stores. "Brands want more technology to be able to bridge the gap of online and offline, and property owners want insights into every floor and wing—who's getting more traffic. By creating these turnkey platforms, owners are getting insights on how stores perform on their properties. It's beneficial to both sides."

Gonzalez says that real estate developers and mall operators in particular are reevaluating how they offer space. "They understand that traditional deals—here's a space, sign a ten-year deal, give me rent and a percentage of sales, and fend for yourself—won't work," she says. Not only are they making bigger investments in tenant improvements, they're "divvying up spaces in creative ways and investing in programs that allow people to test the waters on their property in more of a turnkey way to get them to sign long-term leases."

Her company recently did a project called "IRL" (In Real Life), partnering with mall operator GGP (now Brookfield Properties) to launch a revolving store concept in Chicago, introducing e-commerce brands to consumers in a physical setting. "It enables the brand to learn about its consumers and see if a new location is viable longer-term," Gonzalez says. In this revolving scenario, GGP could also learn which brands had long-term tenancy potential.

Another example that Gonzalez consulted on is Shop Lab, a 528-square-foot space inside the Easton Station building at the Easton Town Center in Columbus, Ohio, that retailers can rent for stints from a few weeks to a few months.

There's no hard-and-fast rule for what a property owner pays for and what a retailer tenant pays for when it comes to design changes and upgrades. "Every lease is different," Ideation's Nemec says. "A landlord might give a renter a square-foot allowance—for example, if they’re renting 2,000 square feet, the landlord might give them $50 a square foot for construction. Anything else on top of that is out-of-pocket for the renter."

Retailers seeking a refresh are often scrambling when they approach Nemec. They come to Ideation with no real budget and little time. They have a "champagne taste on a beer budget," she says. The biggest trend in construction is that costs are escalating. Trades are demanding more money for their services, specifically millwork, which is a key component to customizing any environment. "Store owners should expect to pay $50 to $250 per square foot for construction," she says.

Another issue, Nemec finds, is that people contact a general contractor before they have a design in place. Store owners, she says, "need to have a strategic plan with a designer or architect, then send it out to multiple contractors for pricing." Retailers want to avoid making a lot of change orders as the work is being done. "It's easier to change a line on paper than it is to change a wall. Make the decisions before a hammer is lifted." To that end, Nemec's company builds 3D models and may incorporate augmented or virtual reality into the design process. "There's no room for vague when it comes to renovation."

"The internet has separated shopping from buying," says Sanford Stein, author of the book Retail -Shmetail and founder of Retail Speak, a LinkedIn group for the retail industry. "That's forcing retailers to create flexible spaces"—for example, where furniture can be moved so a space changes from selling floor to event space. The retailer Athleta, a Gap brand that designs and sells women's athletic and technical wear, is a good example, Nemec says. Athleta stores have fixtures on casters so they can host yoga events on site.

Gonzalez says she incorporates flex spaces into the pop-up shops The Lion'esque Group designs. One recent example is the 1,500-square-foot Stella and Dot store that opened in Dallas in late March for a one-month stint. Stella and Dot, a San Francisco–based brand, sells jewelry, bags, and accessories. The L-shaped checkout counter served as a "cash wrap during store hours and a bar during events," Gonzalez says. An area in the back served as a lounge, where kids could play while parents shopped. During events, it was used for customized engraving.

Hosting in-store events bolsters another trend: community. "You're seeing a lot of encouragement for people to gather, like large community tables in restaurants," Nemec says. One manifestation she’s seeing in retail and offices: furniture that's more residential. "It’s not the old steel box. There are warmer, smaller footprints. People are creating 'neighborhoods' in the office setting—and that's coming into vogue in retail and restaurants, too."

The other trend forced by the success of online retail is the push for more experiential shopping. "At the end of the day, our job is to find a good reason to make a person want to go to a brick-and-mortar store. For us, it's the ability to create surprise and delight, excitement and emotion," Nemec says. "To safeguard against things being static and boring."

Some of that surprise is coming from the use of augmented reality, for example, where a restaurant might use projections and animation instead of menus, or a teapot on display might look as if it's beginning to steam. Nemec says she has seen this done in Europe in stores like The White Company, a lifestyle store selling quality clothing and interior products, and says it will eventually happen on this side of the Atlantic. "We're trying to push it because we [at Ideation] have the capability for the graphics and the animation. Things will come alive around you, no headsets required. It's an engaging way to start to build experience in a retail environment," Nemec says.

On a larger scale, stores like the recently opened Starbucks Reserve and Nike flagship, both in New York City, are offering personalized experiences with in-store digital shopping and immersive spaces.

Anthropologie is especially savvy at creating merchandising layers. "There's a sense of a treasure hunt," Nemec says. "Whatever's facing out on the shelf or on the top of the folded pile, there might be something different behind or underneath it. They create a sense of discovery, and the store has an appealing vintage, reclaimed look."

Other stores, too, choose furnishings and materials as part of their branding aesthetic, but there are a few common threads, including natural and green elements and anything sustainable, such as engineered wood flooring, which looks like wood but is durable and easily maintained.

Lighting, too, is a big factor in design. Now everything is LED. These bulbs are more energy-efficient and more controllable in terms of their color, ambiance, and integration into spaces. "Clothing retailers are even investing in lighting that changes based on the time of day you might wear an outfit," Gonzalez says. "Brands are seeing that when they invest in that type of lighting, they actually have a lower return rate on clothing purchases. They're getting savvier."

However retailers choose to renovate, Gonzalez says, "it's about developing more of an emotional connection with customers, thinking about not just store flow but design. Retailers and consumers want Instagrammable moments these days."

Young adults, in particular, crave experiences when they shop. "Consumers want to discover and be immersed in the story of a brand. And brands are doing this with beautifully designed environments that further extend their voice through color and material choices," Gonzalez says. "These are used to create moments that inspire user-generated content."

For example, at NYC: The Citizenry Bunkhouse, a home furnishings pop-up shop that was extended into 2019 after it's successful 22-day holiday run, Gonzalez's team created what she calls "speed bumps," places for shoppers to stop and take it all in. One such rest stop included hardwood flooring, a soft rug, and a fireplace set in a wall of white exposed brick fronted by two comfortable chairs—"like you're in a beautiful New York City apartment," Gonzalez says. The space drew people in, giving them a subtle excuse to take and post a photo.

At the end of the day, Nemec says, "designers are always thinking about the customer experience and not just checking off the boxes—reception desk, check; shelving, check. They’re thinking about how to immerse consumers in a space." 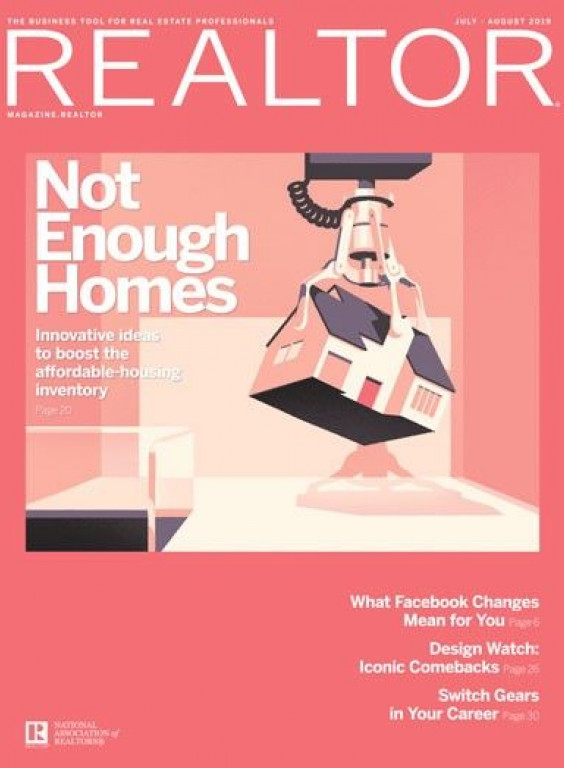 How Experiences Are Replacing Amenities in Multifamily