Multifamily Properties, Zoning, Design & Architecture
By: Michael Zaransky
The iconic homes in the Windy City are disappearing, and the story behind their demise reflects what’s happening to affordable housing nationwide.

In many ways, the fate of Chicago’s iconic two-flats reflects the story of the affordability crisis that’s gripping the national housing market. For the better part of a century, two-flats—buildings comprised of two apartments, one upstairs and one downstairs—typified middle-class affordable housing in the Windy City. But today, they’re disappearing in much the same way that affordable housing is evaporating across the U.S.

Most two-flats, usually brick or greystone and often with a backyard, were built between 1900 and 1920. These dwellings once represented an upgrade for immigrant laborers who had been resigned to living in tenements—“workingman’s palaces,” they were called—when they arrived stateside. Two-flats sprang up all over the city as residents pursued a more comfortable lifestyle.

But while two-flats, as well as four-flats and six-flats, account for 27% of Chicago’s housing stock today, according to DePaul University’s Institute for Housing Studies, the number of these buildings has begun to dwindle. Two-flats in Chicago dropped from more than 300,000 in 2011 to fewer than 280,000 in 2015. Some have been converted to single-family homes. Some have been razed. And as Chicago, like many other cities, turns more toward development of luxury high-rises, it appears the era of the two-flat—indeed, the era of affordable housing in general in the city—is coming to an end.

The same holds true for markets nationwide. Wage stagnation, coupled with consistent rent hikes, has made it difficult for middle-class Americans to find properties fitting the Department of Housing and Urban Development’s definition of “affordable.” HUD defines affordable housing as properties in which “the occupant(s) is/are paying no more than 30% of his or her income for gross housing costs, including utilities.” Nearly a third of all households nationwide crossed HUD’s threshold for affordability in 2016, the latest numbers available, according to the Harvard Joint Center for Housing Studies.

The biggest hurdles to affordability, developers argue, are the costs of land and construction, coupled with tight lending guidelines that came into place following the Great Recession. The result is an increasing gap between high-end and low-income apartments, with very little in between. Studies have shown that since the recession, the number of Class A apartments available nationwide has risen from 3.9 million to 5 million, while the supply of Class B and C apartments has remained stagnant at 5.7 million.

Middle-class folks are left with a difficult choice: either pay above their means for a place to live or reside in a less desirable property or neighborhood. The former, which many people choose, obviously impacts their ability to make a move in the future, let alone pay for everyday necessities. Cost-burdened renters also spend 41% less on food and 74% less on health care, studies show.

All of this impacts nearly everyone, most notably African-Americans and Hispanics, who are expected to account for the majority of household growth between 2020 and 2030; millennials, many of whom face crushing student debt; and seniors, who are expected to be 74 million strong in 2020—double the number in 2010.

Some 4.6 million new apartments will be needed by 2030, according to real estate think tanks, which means if viable solutions to produce more affordable housing aren’t found soon, the crisis is only going to worsen. There are local zoning initiatives in cities such as New York and Los Angeles, as well as policies enabling building on public land in Chicago and elsewhere. (There are also movements afoot to preserve two-flats.)

Federally, far more money is spent on programs that aid the upper crust than those helping renters, though HUD has expanded the Low-Income Housing Tax Credit program. Also notable is the creation of Opportunity Zones, which allow for private investment in economically distressed communities with accompanying tax breaks.

More widespread investment in new and old properties, or in remedies that might enable homeowners to remain in place, might help. But left unchecked, the crisis will not go away. Such properties as the two-flat will not depart the endangered species list. Where affordable housing is concerned, these are increasingly desperate times, resulting in the need for increasingly desperate measures.

Editor’s note: Opinions expressed in commentary articles do not necessarily reflect the position of the National Association of REALTORS® or REALTOR® Magazine. Submit commentary ideas to Managing Editor Wendy Cole at wcole@realtors.org.

Michael Zaransky is the founder and managing principal of real estate private equity firm MZ Capital Partners, an INC 500 Company, and co-CEO of Prime Property Investors Ltd. He also grew up in a two-flat. He can be reached at mhz@primepropertyinvestors.com .
Search REALTOR® Magazine 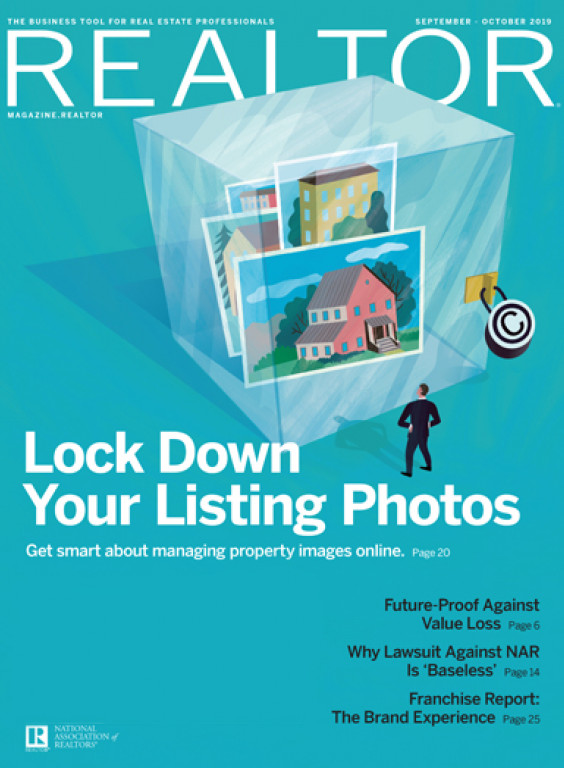