This quarter, the RESPA cases retrieved highlighted the importance of a borrower being able to show actual damages caused by alleged violations.  In one case, the court found that the borrower had suffered compensable damages under RESPA as the direct result of the loan servicer’s failure to correct the borrower’s account.

Borrower filed a Chapter 13 bankruptcy, the plan for which required that she repay the arrearages on her mortgage. The borrower made the arrearage payments, and the bankruptcy was discharged. The mortgage servicer mistakenly continued to attempt to collect the arrearages, and refused the scheduled payments the borrower attempted to make.  The borrower filed suit asserting claims for breach of contract and for violations of the Fair Debt Collection Practices Act, Illinois Consumer Fraud and Deceptive Business Practices Act and the Real Estate Settlement Procedures Act. A jury returned a verdict for the borrower on all counts. The loan servicer filed motions for judgment as a matter of law, a new trial, and to amend the judgment.

The court held that the evidence supported a verdict based on a violation of RESPA when the loan servicer failed to conduct a sufficient investigation and appropriately correct the borrower's record to reflect that the borrower had made all of her payments. The existence of a disclaimer in a form letter noting that communications were not intended to collect a debt that had been discharged in bankruptcy would not prevent the loan servicer from being liable for false statements when the communications were in fact being used to attempt to collect a discharged debt. Additionally, the court agreed with the jury that the record contained sufficient evidence that borrower suffered compensable RESPA damages and that the damages were the direct result of the loan servicer’s failure to act on the borrower’s request that her account be corrected. The court denied all three of the motions.

Borrower could not show actual damages sustained from RESPA violation.

A borrower filed two civil actions in the U.S. District Court for the Middle District of Pennsylvania, involving the origination and servicing of her mortgage loan. The two complaints alleged violations of the Truth in Lending Act (“TILA”), the Home Ownership and Equity Protection Act (“HOEPA”), the Real Estate Settlement Procedures Act (“RESPA”), the Fair Housing Act (“FHA”), and the Equal Credit Opportunity Act (“ECOA”), in connection with the mortgage and a later loan modification.   The borrower alleged that the loan servicers violated RESPA when they failed to respond to her telephone calls or mail her certain requested forms and failed to property credit her escrow account.  The loan servicers moved to dismiss the consolidated action. The Magistrate Judge and the District Court found that the borrower had not made a “qualified written request” related to the dispute regarding borrower’s payments and had not alleged actual damages.  The loan servicers’ motions were granted and the complaint was dismissed. The borrower appealed.

Borrower failed to state a claim for RESPA violation.

The borrower had already availed himself of RESPA’s loss mitigation rules before and therefore had to show that he became current on the loan at some point after submitting his first complete loss mitigation application.  The court held that the borrower did not allege any facts showing whether he was ever current on his loan, leaving his right to relief under RESPA a matter of pure speculation. Additionally, the court agreed that the borrower failed to allege that the same person who reviewed and denied his loan modification application in May 2018 was the same person that reviewed and denied his appeal of the denial, which was necessary to state a claim. The court granted the loan servicer's motion to dismiss borrower's complaint for failure to state a plausible claim for relief. 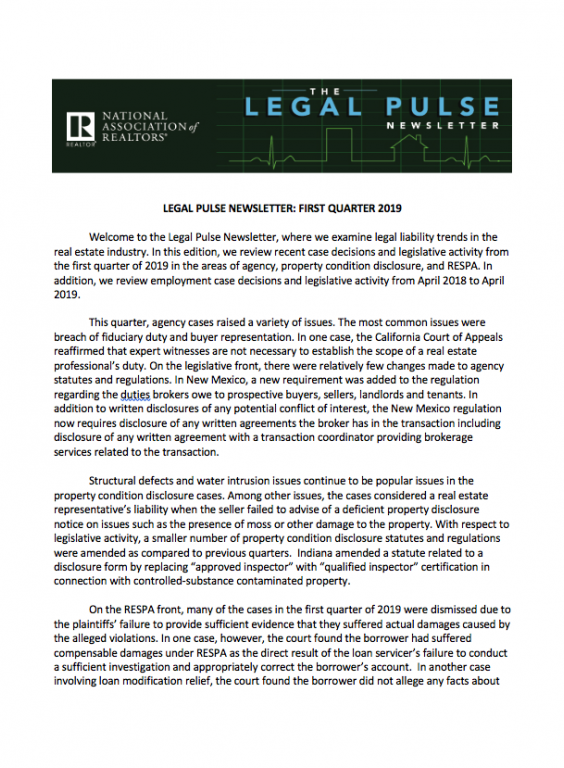