In Pursuit of Freedom

REALTOR® Dawn Adams helps rescue and support victims of human trafficking in the U.S. and internationally.

REALTOR® Dawn Adams was shocked and furious after reading Slave Hunter (Gallery Books, 2009), a best-selling book by Aaron Cohen about his quest to free victims of human trafficking. At the time, Adams was living in Las Vegas—a sex tourism destination—and the book opened her eyes. “You think all of these dancers and sex workers are there of free will, but then I realized that’s not the case,” she says.

The 2016 Global Slavery Index reports an estimated 40.3 million individuals worldwide—1 in 195 people—are victims of modern slavery. Seventy-one percent are female, and one in four are children. Modern slavery involves sex trafficking, girls forced to marry against their will, child labor, and grueling forms of work forced on others under the threat of violence or coercion.

When Adams contacted Cohen and offered to help, he asked her to form a local task force to help save human trafficking victims. Adams enacted a training that included members of the Las Vegas Metropolitan Police, FBI, and local housing shelters in Las Vegas. She worked to generate the stakeholders to organize the task force. The program helped the FBI and the Las Vegas Metropolitan Police Department work together on human trafficking investigations.

Adams, a sales associate with The Palmetto Real Estate Group of SC in West Columbia, S.C., now works with Cohen as a human rights activist and serves as a board member for the nonprofit, AbolishSlavery.org. She has traveled to form task forces in Mexico and Cambodia, which have led to hundreds of rescues.

After leaving Las Vegas in 2015, Adams lived in Alaska for three years, where she earned her first real estate license. She got involved with the Alaska Human Trafficking Working Group and the Department of Homeland Security’s Blue Campaign and spearheaded an effort to put human trafficking awareness posters in all Alaska airports.

Developing task forces that coordinate rescues is just the tip of the iceberg. Survivors of human and sex trafficking have often been subjected to physical and psychological control tactics such as brainwashing, starvation, and sleep deprivation. AbolishSlavery.org directs victims to resources to address trauma through counseling, psychological, and medical attention so they can process what happened to them and not become revictimized. Adams mentors many rescued youth as they transition back into normal life, finish high school, and pursue college.

“We make sure the survivors have all the support they need. Some are now married and have families and are college graduates,” she says.

One victim, Veronica, who asked that her last name be withheld from publication for her safety, was a 19-year-old college student in New Hampshire when she was drugged and kidnapped from a party in 2013 and taken to New York to be sold to a pimp. AbolishSlavery.org was able to locate and rescue Veronica six weeks later, and she was reunited with her family. “Not only was I rescued, but Dawn Adams comforted me and stepped up to be a role model for me. She took time to help me get into counseling and rebuild my life,” Veronica says.

“I found the changes I can make in people’s lives so invigorating, fulfilling, and inspiring, that there’s no higher high than knowing we’ve got one out.” —Dawn Adams

Traffickers sometimes target children and young adults through social media. “They’ll contact the kid and say, ‘I see you’re a musician. We have an opportunity for you,’” says Adams. That’s what happened to a 13-year-old boy in San Antonio identified as “L.” He was tricked into meeting his kidnappers, who later sent a disturbing image of the boy to his mother via SnapChat. The photo showed him sitting on the floor blindfolded with his hands behind his back. AbolishSlavery.org was able to gain access to the GPS on the boy’s phone and located “L” in Santa Ana, Calif., within 24 hours.

Ana, another survivor, was kidnapped at age 14 from her junior high school in Tijuana, Mexico, in 2015. At the time, about three children were being kidnapped each day from local schools there. “One drug cartel funds [national security forces] and one funds the local police. With all of this corruption, it’s difficult to know who to trust,” Adams says.

AbolishSlavery.org volunteers searched for Ana for four years, during which time they uncovered hundreds of other human trafficking victims who were later rescued.

“After being reunited with my family, Dawn made sure I finished high school and worked to get me a scholarship to college,” says Ana. “Now I am getting straight A’s and living again.”

Humans have become a hotter commodity on the black market than illegal weapons and drugs, Adams says. “You can sell drugs one time to one person, but you can sell a person over and over again. Three or four people under one pimp can make that pimp a million dollars a year,” she says.

With stakes so high, volunteers like Adams are making a difference. “I have seen many volunteers risk and sacrifice much for the cause—but none like Dawn,” says Cohen, founder of AbolishSlavery.org. “Her initial establishment of the human trafficking task force in Las Vegas, coupled with her activism and tireless care for the victims we rescued, are a testament to her empathy and compassion.” 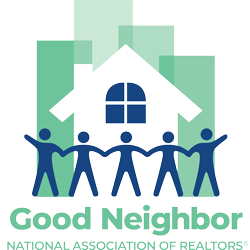 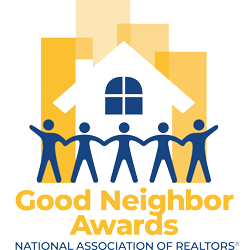 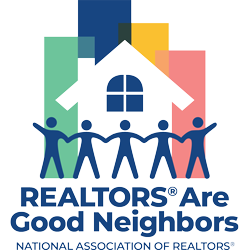