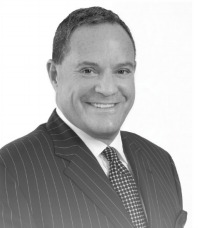 Never one to rest on his laurels, however, Silver continued to monitor his local market and noticed changes—more showings and offerings were coming from Chinese agents and Chinese clients. Upon closer inspection, market data supported his hunches. Four years ago, Chinese clients represented roughly 10 percent of the housing market. Since then, that figure has doubled.

Not every agent is willing to reengineer his or her entire business model for a new opportunity, but Silver knew he was onto something. Besides, he genuinely enjoys a challenge. His story serves as a model for other global agents wanting to follow a similar path.

The situation in Canada is very similar. According to Chinese property listing site Juwai, the total value of all Canadian property inquiries made by prospective Chinese buyers nearly tripled in one year—from $5.6 billion in 2014 to $14.9 billion in 2015. Toronto was their top Canadian destination, by value of properties searched ($7.4 billion), followed by Vancouver ($2.5 billion).

The dominance of Chinese buyers in various markets can be explained, in part, by demographic data. The population of China’s middle class alone—roughly 350 million people—is comparable to the entire population of the U.S. and Canada combined! Further, middle class Chinese households have money to spend and a strong appetite for foreign real estate. 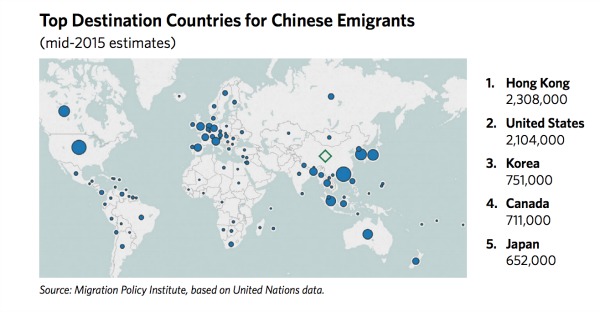 To elevate his opportunities with this growing group of buyers, Silver took several significant steps:

Expanded team — While Silver had primarily worked independently, he realized a team approach was essential for capturing Chinese clients. Prior to pivoting his practice specifically towards China, Silver added two team members—a sales representative who was also a recent British immigrant and a senior sales representative who serves as Silver’s backup for his original “farmed” markets.

Next, he invited a talented local agent, originally from Mainland China, to join his team, in order to gain Chinese language skills and more cultural experience. She quickly became so successful that he needed to hire a Mandarin-speaking assistant to support her. Two additional assistants now round out the Torontoism team.

Specialized training — A strong believer in the importance of professional education, Silver completed his Certified InternationalProperty Specialist (CIPS) designation, which he says provided spot-on insights into the differences in real estate practices around the world and cultural issues.

Brokerage affiliation — Recognizing the power of affiliation with a prestigious international real estate brand, Silver moved to Sotheby’s International Realty Canada. In addition to gaining more Chinese clients, Silver’s goal was to capture more high net-worth buyers—a group with strong affinity towards the Sotheby’s brand, including its auction house for fine wine, art and jewelry. Referrals through this branch of the company have been a huge bonus.

These shifts in Silver’s business model laid a solid foundation, but there were still numerous challenges to tackle, specific to connecting with Chinese buyers, including:

Marketing properties — The “Great Firewall of China” prevents citizens from accessing many sites hosted outside of China, including Facebook, Twitter or Google. The same is true for many popular real estate portals from other countries.

To display property listings, Silver needed to learn how to work within an entirely different system. He relies on sites like Juwai.com and Caimeiju.com, both developed specifically for Chinese buyers and operating behind China’s firewall. He’s also forged a cooperative agreement with a local brokerage to feature his listings.

Client communications — Adding two Mandarin-speaking members to his team was the first step in accommodating Chinese clients; these team members often work odd hours to contend with the roughly 12-hour difference in time zones, which can be difficult, but has also been an important aspect of serving their clients.

In addition to direct phone contact, buyers from China prefer communicating by text rather than email. WeChat is the most popular service, offering both mobile text and voice messaging, as well as web-based versions for Windows and Mac.

Professional networking — Given the challenges of marketing properties directly to Chinese buyers, Silver has found it very beneficial to forge strong referral relationships with real estate salespeople in China, Hong Kong and Taiwan, as well as China-based bankers working with high net-worth clients.

Additionally, Silver quickly discovered that everything is up for negotiation, including referral fees. “Don’t be surprised or offended by requests for large referral fees or low-ball property offers,” he advises. “It’s all part of the Chinese negotiation culture. If a buyer really wants the property, they’ll pay. If not, they’re just enjoying the negotiation process.”

When working with any buyer, it’s extremely beneficial to understand what’s driving their interest. Among Chinese buyers, Silver has found the answers often include:

The next generation — Frequently, the decision to buy property overlaps with providing a Western education for children, typically at the university level, but sometimes at younger ages. Condos near college campuses are popular options, providing rental income before and/or after a student attends. Another benefit is that Canada automatically offers foreign students a three-year work permit at the conclusion of their studies.

True ownership — In China, all property belongs to the government and is only available on a leasehold basis. As a result, buyers from China are strongly attracted to freehold ownership, which Canada offers to foreigners without restrictions.

Sheltering wealth — Even though China has embarked upon limited financial reforms, many citizens still feel safer holding their wealth offshore, adding to the appeal of foreign real estate investments. Savvy investors — As a rule, Chinese buyers carefully research potential property investments and are less likely to make decisions based on emotional appeal.

Savvy investors — As a rule, Chinese buyers carefully research potential property investments and are less likely to make decisions based on emotional appeal.

Silver has made a substantial investment in ensuring his success with global clients. He cites these steps as being among the most important:

Training — As noted earlier, Silver found that earning the CIPS designation laid a solid educational foundation for his global practice. He also relies on other designees (the CIPS Network) for additional professional networking opportunities.

Involvement — Look for groups within your local REALTOR® board, including NAR-affiliated Global Business Councils and related groups (based on language spoken, for example). Attend their fundraisers and support them as a volunteer.

Travel — Even though much can be accomplished from home, international travel goes a long way towards cementing relationships and developing a richer cultural understanding. Silver has made a point of attending Sotheby’s networking events and visiting overseas branches. “I offered presentations on our local market, featuring areas and properties that would be attractive to Chinese clients,” he explains. “It’s a great way to become known as ‘the Toronto guy.’”

Consistently among the top one percent of salespeople in Toronto, Silver’s efforts to expand his international presence are already paying off. Currently, 30 percent of his business comes from Chinese clients. He’s also seen a change in the quality and price range of the properties they’re marketing.

In addition to winning new buyer-clients, he’s found that his global efforts are giving him an edge in winning new listings. Sellers are genuinely impressed when he explains how he can provide their home much broader visibility to a substantial and important market, largely untouched by other local agents.

“Even though all real estate markets are local, it’s increasingly important to have global reach,” explains Silver. “Shifting my business model has been a major undertaking, but I firmly believe it’s one of the best decisions I’ve made. Plus, it’s been genuinely fun and exciting!”

1. Spend money in non-local media and websites. It’s the only way to get past the “Great Firewall of China.”

2. Join a local chapter of the Asian Real Estate Association of America (AREAA) and attend conferences. With over 15,000 members and 35 chapters in the U.S. and Canada, AREAA offers excellent networking opportunities.

3. Get educated on local schools and universities. Since education is central to many Chinese buyers’ purchasing decision, it’s essential to be informed about all options for all ages.

4. Learn about Feng Shui. Attempt to incorporate these elements when staging homes.

5. Explore and get used to eating unusual foods. Food is central to Chinese celebrations and it’s important to participate in and potentially host these occasions.

7. Learn the proper protocol for exchanging business cards. Throughout Asia, there are extensive rules of etiquette for both giving and receiving.

8. Pay attention to lucky/unlucky numbers. Eight, for example, is one of the luckiest numbers, whereas four signifies death. Attempt to adjust listing prices and appointments (dates) accordingly.

How Do I Build a Global Real Estate Practice?