Depreciation of Real Property
By: Erin Stackley, Stephanie A. Spear

The National Flood Insurance Program (NFIP), which provides flood insurance to 22,000+ communities in the United States, expires on December 8, 2017. This follows a three-month extension of the program, originally set to expire at the end of September, as part of the $15BB Hurricane Harvey relief package Congress passed. Following the devastation of first Harvey, and then Irma, the importance of this program and the insurance coverage it provides to those communities cannot be stressed enough.

NAR has been working with Congress throughout the year to craft a reauthorization bill that ensures the continued existence of the NFIP, while making common-sense improvements to it. First on that list is an extension, preferably long-term, to provide stability to the insurance markets. In the case of commercial properties, many owners purchase additional flood insurance coverage, and whether the NFIP exists in three-months or three years from now impacts the cost and availability of those options.

Along with ensuring the program's existence, Congress should consider improvements to it. Flood mapping by the Federal Emergency Management Agency (FEMA) needs to be more accurate and easier for property owners to understand, or to challenge if they believe that their property has been incorrectly mapped into a higher flood risk zone. Mitigation options should be explored and expanded to include non-traditional options that are better fits for commercial spaces.

Bottom line: Recent disasters have laid bare the importance of extending and improving the NFIP to ensure stability for commercial real estate markets and protection for investors and owners.

This fall's active hurricane season caused millions of dollars in damages for property owners across the Southeast. The widespread destruction created a perfect opportunity for unmanned aerial systems (UAS) to be put to use by search-and-rescue teams, state and local law enforcement, safety inspectors, and insurance adjusters.

The Federal Aviation Administration (FAA) coordinated an expedited approval of airspace authorizations to permit recovery operations. Given the complicated nature of managing air traffic during a disaster such as Hurricane Irma, the FAA worked quickly with state and local authorities to permit these operations.

While the initial efforts focused on emergency responses, later flights were performed by insurance inspectors to assess total damage to properties. The data will help insurance companies work with claims faster, and with more information.

Bottom line: UAS proved to be invaluable in coordination of search-and-rescue and assessment of damage to commercial properties following recent disasters and the FAA should continue to pursue expanded permits for their use.

Title III of the Americans with Disabilities Act (ADA) requires public accommodations and commercial spaces to be accessible to disabled persons but lacks a “notice” requirement before a suit can be filed against a business. This leaves commercial property owners, who may in good faith believe that their businesses and buildings are in compliance with the law, vulnerable to lawsuits. Once a suit is filed, there is no opportunity to cure the infraction, so property owners spend time and money on attorneys and paying fees which could instead have gone towards fixing the issue. The ADA does not allow victims to collect damages, but their attorneys may collect fees – and as a result, these “drive-by” lawsuits have been on the rise.

Representative Poe (R-TX) has introduced H.R. 620, the ADA Education and Reform Act of 2017, to fix this issue by adding a notice requirement to the ADA, giving businesses an opportunity to cure alleged infractions before spending money and resources on attorneys and court costs. It also creates an education program between the Department of Justice, States, and businesses to raise understanding and awareness of the ADA.

In September 2017, the bill was marked up by the House Judiciary Committee and approved; it now awaits a floor vote in the full House. NAR supports H.R. 620 and continues to push for its passage into law.

Bottom line: NAR is working closely with a coalition of commercial real estate groups to advocate for H.R. 620 and with the Senate on drafting companion legislation.

What to look out for in the Republican Tax Reform plan:

Section 1031 was not mentioned in the June 2016 Republican Blueprint for Tax Reform (the Blueprint), but that does not mean it is safe. “Revenue neutral” tax reform requires tax cuts be matched by raising revenue elsewhere, and Section 1031 is vulnerable. NAR's message to Congress has been steady: the like-kind exchange provision in current law is vital to a well-functioning real estate sector and a strong economy, and must be preserved in tax reform. The like-kind exchange is a basic tool that helps to prevent a “lockup” of the real estate market. Allowing capital to flow more freely among investments facilitates commerce and supports economic growth and job creation. Real estate owners use the provision to efficiently allocate capital to its most productive uses.

Bottom line: 1031 is at risk in tax reform, and we must educate Members of Congress on its importance to the economy and the need to preserve it.

Another recent tax reform idea with the potential to cause very serious disruption to the real estate sector is the proposal included in the Blueprint to eliminate the deduction for net investment expense. Financing productive investment and entrepreneurial activity with borrowed capital has driven economic growth and job creation in the United States for generations, and our tax system has appropriately allowed business interest expense to be deducted as an ordinary and necessary business expense. Repealing or imposing limits on the deductibility of business interest would fundamentally change the underlying economics of business activity, including commercial real estate transactions. This could lead to fewer loans being refinanced, fewer new projects being developed, and fewer jobs being created.

Bottom line: Business interest deduction is vital to economic growth and real estate, and should be preserved in tax reform. 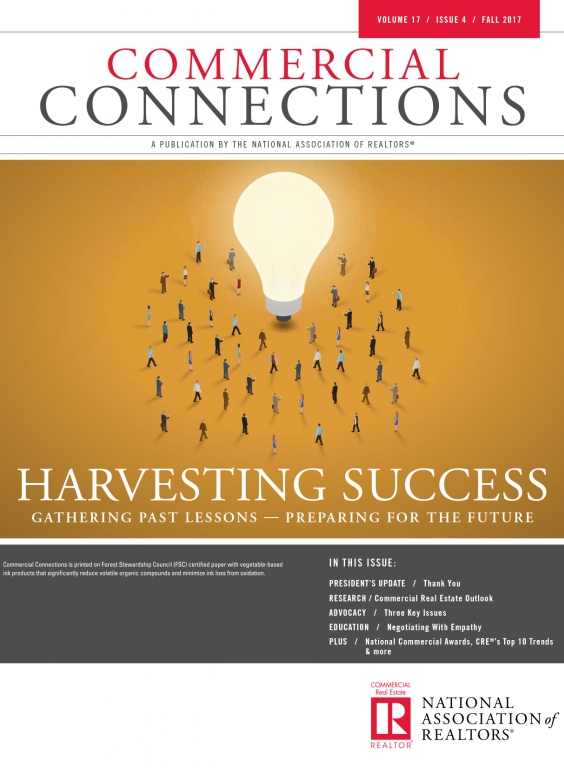