Unless Congress takes action, the “Terrorism Risk Insurance Act of 2002,” (TRIA) expires at the end of 2014. TRIA created a federal reinsurance program following the September 11, 2001 terrorist attacks, allowing private terrorism insurance to be both available and affordable. By providing a “backstop,” TRIA allows more insurers, including smaller companies, to offer terrorism insurance, keeping costs affordable and coverage available. According to the Congressional Budget Office, this comes at no cost to taxpayers.

Terrorism insurance is important to commercial financing: many lenders and investors require it to finance construction of large projects, especially in “high risk” areas. If the program expires, insurers may exclude it from property coverage to manage risk aggregations in concentrated areas. It is also an important structural protection in the Commercial Mortgage-Backed Securities (CMBS) market. Without it, some firms may decline to rate or cap their ratings on CMBS transactions.

Several bills have been introduced in the House to renew TRIA, and the Senate introduced one in early April; the next step will be a bill from the House Financial Services Committee, followed by markup hearings in May and possible passage of a reauthorization measure as early as this summer.

NAR participates in the Coalition to Insure Against Terrorism (CIAT), and has met with many key offices in the House and Senate regarding TRIA reauthorization. NAR has also communicated with both the House Financial Services and the Senate Banking Committees in advance of their hearings on the topic, stressing the importance of TRIA to commercial real estate.

“Like-kind exchanges” under Section 1031 of the Internal Revenue Code allow property owners to defer taxes on gains realized from the sale of “like-kind” real property until a future date. This provision is under threat by the current spate of tax reform proposals – in their discussion drafts, Senator Baucus, former Chairman of the Senate Finance Committee, proposed repealing it, as did Chairman Camp of the House Ways and Means Committee, and the President’s proposal suggests capping it at $1 million.

Like-kind exchanges allow people who otherwise would not sell due to the tax implications to sell, letting development go forward. They not only stimulate real estate transactions, but also encourage U.S. businesses to reinvest in their domestic operations, as domestic and foreign property are not like-kind. It is not a “loophole” – taxes are still paid, whether upon the sale of the replacement property, incrementally through increased taxes from forgone depreciation, or by inclusion in a decedent’s taxable estate. Elimination of Section 1031 therefore would not create a tax on wealth, but a tax on cash flow.

While it is unlikely that tax reform will happen in this Congress, the current proposals may be the blueprints for future proposals, so it is important to pay attention. NAR advocates for responsible tax reform that provides the best opportunities for economic growth and job creation, and views these proposals as significant threats to real estate. NAR, together with other industry groups, sent a letter to the Finance Committee outlining its concerns with the proposals, and sent a letter to the House of Representatives outlining its priorities for tax reform – including deferral of gain on like-kind exchanges. NAR continues to watch the proposals very carefully and meets regularly with key lawmakers to discuss reform efforts.

The Senate Finance Committee approved a 2-year extender package, the EXPIRE Act, which renews 179D (it expired at the end of 2013). The EXPIRE Act will be debated on the Senate floor; the House Ways and Means Committee held a hearing on business-related tax extenders in April.

The EXPIRE Act would also extend for two years the 15-year straight-line cost recovery for qualified leasehold improvements, which expired at the end of 2013.

Under current law, the rate is 25%; under both the House and Senate proposals, the rate will increase to that of ordinary income.

Download our Issues & Actions white-paper to view these and other NAR actions on commercial issues at bit.ly/issuesactions 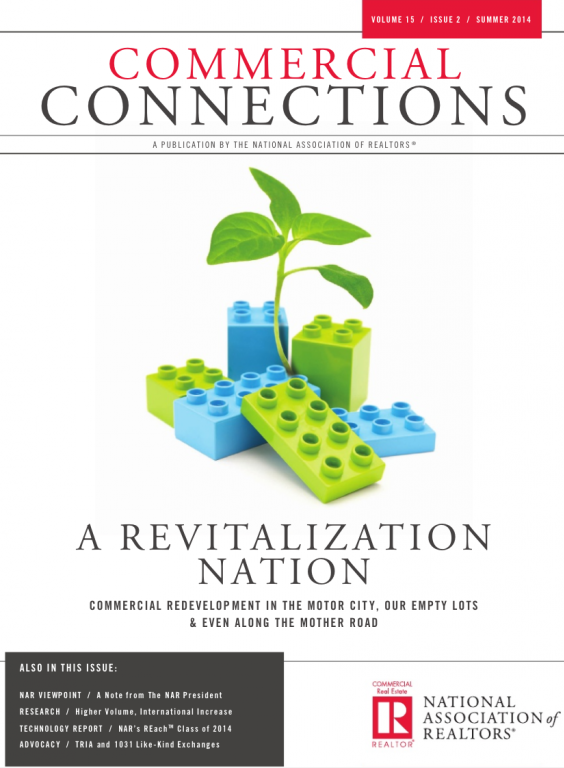 RPR Commercial - What's the Best Retail Business for a Location?