The Commercial Association of REALTORS® Wisconsin (CARW) recognized an opportunity to use its strong voice to support a once in a lifetime project for the City of Milwaukee and the State of Wisconsin. In early 2014, Milwaukee's NBA Basketball Team, the Bucks, was sold to a group of private investors. Part of the sale was contingent on the construction of a new arena for the team. This is where CARW members saw an opportunity to be involved at the ground level, to ensure that the arena project came to reality and that conversations about ancillary development would include CARW.

The CARW decided to develop a survey for the members to gauge their interest and enthusiasm in the project. Survey results overwhelmingly showed members believed ensuring the arena project happened was a top priority.

As a result, staff and leadership devised a strategy about how to position CARW as a leader in the effort to build the arena and leverage its legislative strength to ensure a very complicated deal would have support. CARW's first step was to communicate with members the survey results and the business case for supporting the project. Next, the organization penned an op–ed piece for the Milwaukee Journal Sentinel, garnering attention that sparked the conversation about ancillary development possibilities surrounding a new arena. In early 2015, when the State budget was presented, funding for the project was included. CARW used that opportunity to state the project — and its financing deal — was on the top of the Association's legislative agenda, and made it a top priority for Commercial Real Estate REALTOR® and Government Day where members met with nearly 40 of the State's legislators and staff. This effort garnered media attention and showed members the power of the association's voice.

Soon after, CARW became a founding member for a coalition called “Play It Forward Wisconsin.” The group includes individuals and organizations joined under a common message of supporting the Arena. Members of the coalition include the Milwaukee Area Chamber of Commerce, Hispanic Chamber of Commerce, Urban League, Building Trades Organizations, Local BIDs, Young Professionals Associations, among others. The coalition engaged in pep rallies at Bucks Games, media interviews, letters and opinion pieces, and an appearance before the Legislative State Budget Committee.

In March, prior to the site being announced and plans unveiled, CARW hosted a program for more than 200 commercial real estate professionals at a hotel near the expected site. The goal was to discuss specific ancillary development opportunities in retail, office and multifamily. The group also invited a developer in Minneapolis where a similar project had been constructed. One week later, the site and project plans were announced and CARW was part of the announcement — due in large part to the fact the plan relied heavily on the creation of an entertainment district that included nearly 11 acres of land CARW was involved in marketing through a public/private effort.

In May, as budget discussions at the State level advanced, CARW launched a billboard campaign aimed at engaging the public through message points about jobs creation, ancillary investment, State revenue, and more. It also prompted them to send a letter to local officials encouraging them to continue pushing for a fair and sustainable funding deal. The two–week campaign yielded television coverage, newspaper coverage and social media attention.

Members have been inspired and engaged through the entire process as a result of communication at events, updates in newsletters, and letters from the Chairman. Leadership on this project has instilled further pride in CARW and an appreciation for the strength the organization has in shaping opinion and making a difference in the community they live, work and play. At the time this article is written, the Bucks President committed to getting a deal completed soon. Once that phase is complete, CARW will engage in a local campaign to ensure components of the plan requiring local support are completed.

A 770-acre area whose principal feature used to be a derelict railroad yard just east of downtown Spokane is blossoming into Spokane's most vibrant area. Known as the University District, the area includes Washington State UniversitySpokane (WSU), Eastern Washington University-Spokane (EWU), Gonzaga University (GU), Whitworth University and the Community Colleges of Spokane. While each school offers a different curriculum, the most dynamic element of the University District is its health–science orientation and the complimentary nature of health sciences to Spokane's robust medical community.

The University District currently has an inordinate amount of underutilized real estate, representing a tremendous opportunity for economic development via repurposing buildings and sites for residential, retail and other commercial use. It is fairly straightforward to assess the abundant “supply” of development sites. The challenge for the University District Development Authority (a not-for-profit quasi-governmental entity responsible for administration of tax increment financing in the University District) has been to quantify the “demand” for housing which in turn would drive development of other kinds. To that end, the UDDA felt it was critical to conduct a housing study in and around the University District — yet did not have sufficient funding to pay for a study.

The housing study will be the centerpiece for a UDDA Developer Summit, expected to occur in October of 2015. Residential development (both market rate and student housing) is seen as the critical path for revitalizing the area and facilitating continued growth of the universities. The housing study is scheduled to be completed in June and the outcome of the research will be identification of a critical gap between the amount of housing available and the amount of housing needed. 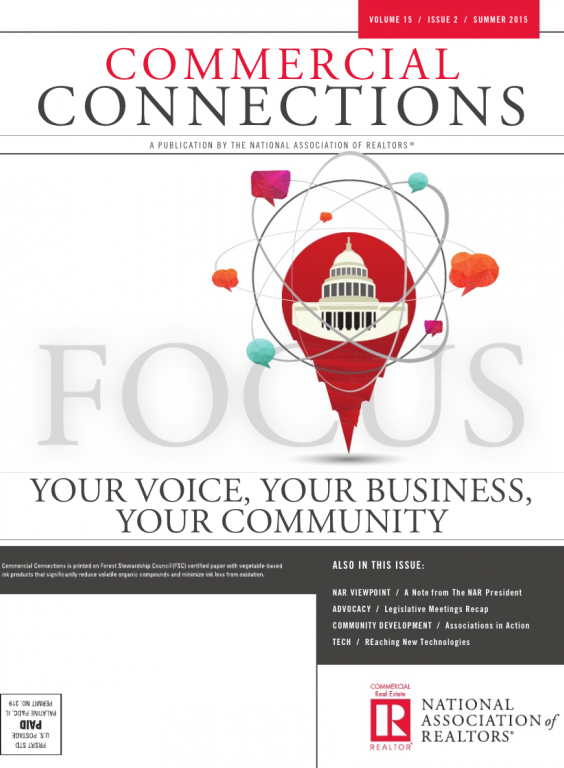